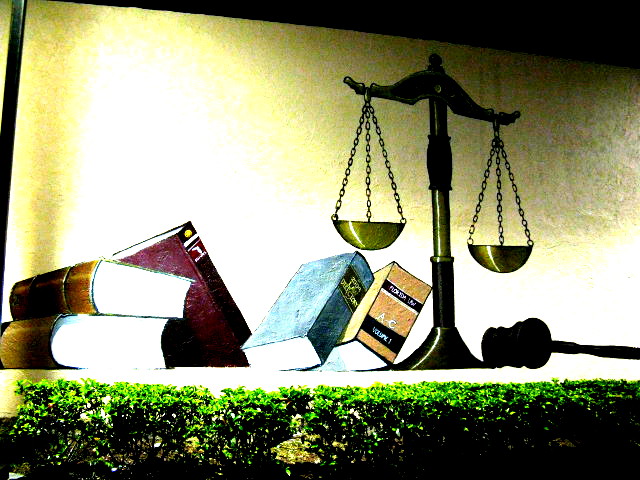 The justice reform, approved on July 21st, amends as many as 45 articles of the Albanian Constitution. Citizens, however, still know little about it

Late on July 21st, after 18 months of negotiations, accusations, and counter-accusations between the majority and the opposition, the Albanian Parliament passed the law to reform the judicial system with 140 votes in favour and none against. This first concrete result in strengthening the rule of law and progress in the country's European path was reached by mutual agreement and applauded from all sides. However, in a country where the adoption of legislation does not always correspond to its implementation, the political consensus around a decision does not always correspond to a real desire to undermine the status quo.

Changes in the Constitution

The recently adopted bill, drafted by an ad hoc commission that was established in November 2014 and gathered until a few minutes before the final approval, intervenes in depth on the Albanian Constitution, changing as many as 45 articles.

Before delving into the intricacies of the amendments, it may be useful to briefly recall the previous constitutional reforms in the young Albanian democracy. After a failed referendum in 1994, when 53% of voters rejected a Constitution project by President Sali Berisha, Albanians voted "yes" to the constitutional text proposed in October 1998 by the Socialists of Fatos Nano. Since then, all changes in the Constitution have been adopted by the Parliament, with no referendum.

In 2007, a political stalemate imposed the revision of the electoral law and the composition of the Central Election Commission, the main electoral management body, which made space for two other members from smaller parties.

More substantial amendments were made in 2008, decided in early-morning talks between then Premier Sali Berisha and opposition leader Edi Rama, in spite of criticism by most independent experts and the hunger strike going on inside the Parliament by Ilir Meta (leader of the Socialist Movement for Integration, today President of Parliament). Those changes paved the way for an electoral law that favoured the two main parties and undermined the role of the President in favour of the Prime Minister.

At the time, Rama was preparing for the first political elections as secretary of the Socialist Party – relying on the success at the administrative elections, he planned to lead the country in a few months. But the centre-right coalition gathered a few more votes and Berisha was able to compose a fragile parliamentary majority thanks to the four seats of Meta's party, relegating Rama to four years more in the opposition. Four years later, in 2013, mindful of the number one lesson of Albanian politics (no government without Meta!), Rama invited Meta to join the centre-left coalition and finally got the leadership of the country.

In 2012, constitutional amendments limited the immunity of deputies, prosecutors, and judges. The law was passed at the end of October, just in view of the "progress report" of the European Commission, with the customary international enthusiasm for this bipartisan result. To date, however, it is difficult to determine when such measures have allowed or facilitated investigations or convictions of state officials.

In general, in recent years, political parties have always managed to reach an agreement and collect the 2/3 of the parliamentary votes needed to amend the Constitution. These changes have not, however, helped mitigate the climate of daily conflict that characterises Albanian politics, nor to produce organic, efficient laws.

What changes in the judicial system

This reform and the new Constitution aim to redefine especially the judiciary and the prosecution system, stop the rampant corruption in the field of justice, and break the bonds of judges and prosecutors with politics and crime. Changes to the appointment mechanisms for officials have virtually monopolised the debate between the majority and the opposition – the agreement on this delicate point has been reached through a complicated, almost inscrutable, mechanism.

The main changes include the establishment of the Supreme Judicial Council and the Supreme Prosecution Council, two structures located at the apex of justice and prosecution systems to ensure their efficiency and independence. A court and a special prosecutor for the fight against corruption and organised crime, the main weakness of the Albanian state, will also be established.

Much debate has been raised by the so-called "vetting" process, the verification of the credentials of those who apply for the posts envisaged by the new judicial system. All judges, prosecutors, and senior officials will be subjected to a detailed examination of credentials – resumè, professionalism, patrimony, and possible links with crime – by two other new institutions, the Independent Commission of Qualifications and the Board of Appeals. Both will be supported by the Monitoring International Operation, a EU-managed commission with experts in the justice system of member countries, with at least 15 years of experience.

What proved divisive a few days before the vote was precisely the role of the latter. Initially designed to ensure impartiality (certainly not a foregone conclusion in a climate of absolute mistrust between majority and opposition), the Operation was also meant to be tasked with assessing the credentials of the Independent Commissioners of Qualifications, to ensure the absolute integrity of those who would evaluate their colleagues. But the opposition saw this as a violation of the sovereignty of the country, thus denying the necessary votes for approval. With an intervention in extremis, the EU suggested that the Operation may have only a monitoring and advisory role, its opinion not binding. The formula proved attractive and the reform was passed.

Difficult negotiations and international actors at the forefront

As with any legislative reform process in the country, Albanian politics has been torn, unable to or disinterested in finding a common solution. The agreement was facilitated by the international actors, with the US and the European Union at the forefront. The whole process was followed at every stage by assistance missions EURALIUS (Brussels) and Opdat (Washington), the European Parliament, the Council of Europe through the Venice Commission, and the diplomatic missions in Tirana.

The US and EU ambassadors in Tirana personally followed the work of the committees, held countless meetings with the leaders of the respective parties, made proposals, and suggested concrete solutions to any dispute, leaving aside any diplomatic practice. A few days before the vote, US Ambassador Donald Lu said that the reform was being intentionally obstructed by "corrupt judges and prosecutors, politicians, and criminals", threatening "serious consequences" for Albanian deputies. A text message sent on the day of the vote summoned the opposition lawmakers to appear the next day at the US Embassy in Tirana to take vision of the consequences the American state would adopt towards them in case of voting against the reform.

During the difficult negotiations, the centre-right opposition repeatedly abandoned and boycotted the works of the ad hoc committee, chaired by the majority, to the point that negotiations, especially in the final phases, turned into private, informal, extra-parliamentary tables, in a very non-transparent process, in which no details and arguments emerged, but only allegations and threats or, alternatively, a sterile press conference rhetoric. Even the final proposal on which the parties reached an agreement was put on the table by the EU a few hours before the vote, asking MPs to vote constitutional changes that normally should have been discussed and explained to legislators and the public.

Towards the opening of negotiations with the EU?

In June 2014, the European Council gave the green light to grant Albania the status of candidate country for accession to the European Union. To continue in the path of integration, Brussels encouraged Albania to step up efforts for the reforms (with emphasis on the rule of law and the fight against organised crime), urging a constructive dialogue between majority and opposition and emphasising a systematic approach the reforms – the well-known mechanism of "track record", intended to monitor the implementation of legislative measures.

In the aftermath of the vote last July 21st, in congratulating the country for approval, the international community insisted on the process of implementation. "It is important that the reform is implemented immediately, so that Albanian people are served by a judicial system based on European standards", stressed EU High Representative for Foreign Policy Federica Mogherini and Commissioner for Enlargement Johannes Hahn.

The formal approval of the amendments is indeed only the first step towards effective reform of the Albanian justice system, notoriously inefficient and corrupt. The reform process requires the drafting of approximately 40 new laws related to the judicial system, of which only seven are ready and awaiting approval. With the closing of the parliamentary session for the first semester, many laws and amendments will slip to September, unlike the delicate drafting process, which will continue and will require time and good will.

The numerous appeals for the approval of a judicial reform, by Albanian and international politicians, often assumed that citizens wanted it. Polls commissioned by the United States revealed that 91% of the Albanians was in favour of judicial reform. In the last week before the closure, several demonstrations urged a vote in favour of the reform – however, none of the people questioned by journalists from TV Klan on the actual content of the new constitutional text could answer. The draft law is undoubtedly difficult to interpret for the public, both for the technical nature of the provisions and the lack of transparency that accompanied the process.

In the short story "Before the Law", Franz Kafka tells the anecdote of a farmer who looks at the door of the law, open but guarded by a watchman, that denies access. After years spent waiting in vain, the guardian confessed the man, now aged and dying, that the door was only there for him and that he was going to close it. In the parable, the truth, the right of access to the law, are denied by an incomprehensible ban. It is the law that validates the lie, that exists to exclude, to keep out the citizens. A door open and still insurmountable – a law that just exists, inscrutable, without prescribing anything.

On July 21st, Albania virtually adopted a new Constitution and is now preparing to change much of the state's legislative bulk. Albanian citizens have so far watched the umpteenth reckless struggle between majority and opposition to snare the right to appoint officials and recorded the triumphal declarations and smug smiles of all the country's leaders at the end of vote.

The absolute unanimity achieved in Parliament is not just consensus and has little to do with democracy. These are the figures of a regime, the result of international pressures and signs of a political class that ignores the will of the people and responds only to intimidation, while the Albanian citizens remain outside the door of the law, awaiting justice.