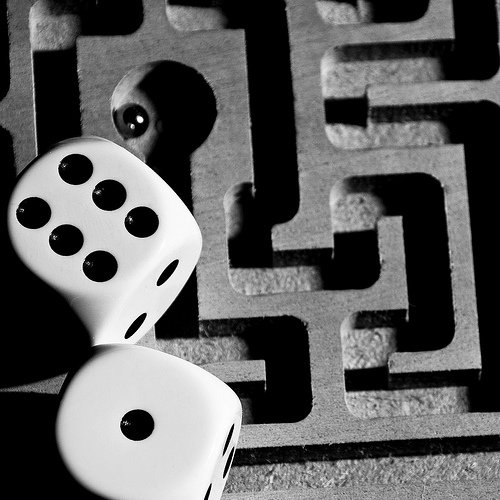 "Lack of capacity", as we know, is evil - and the source of many troubles for small and larger Balkan administrations. Let us take a closer look at the basic - and not so basic - skills required to find one's way in the grant labyrinth

A relevant share of the European Union (EU) pre-accession funding in the Balkans is/will be allocated at local and regional (sub-national) levels. With the rapprochement of the region towards the EU, the amount available to local self-government (LSG) and regional bodies has been increasing and will further continue to increase. This awareness has recently prompted heightened interest in EU funding opportunities among local authorities in the region. It has also raised concerns over the so-called absorption capacity of local governments to access the funding available and to put it to work effectively.

When it comes to ineffective use of donor (in this case, EU) funding, there are, in principle, two major lines of argument concerning the factors of inefficiency. The first argument, proposed primarily by the donor side (EU) and widely accepted by EU funding beneficiaries in the Balkans, says that funds are not spent effectively because recipients do not have the necessary capacity. A less prevalent, but nevertheless valid, argument says that a factor of ineffectiveness is also what might be termed a lack of distribution capacity. This refers to an inability of the donor to disburse funding in a timely and effective way. There is no doubt that both factors are relevant for pre-accession aid effectiveness. This commentary will primarily deal with issues on the recipient side, that is, the inability of local and regional entities to absorb and implement, to the fullest extent of its effectiveness, the funding available.

The explanation for the inability of local entities to effectively utilize EU funding is inevitably pleonastic: it is their lack of administrative capacity.

In a speech at a seminar on the topic of absorption capacity (in EU member states) last year, EC Commissioner for Regional Policy, Prof. Danita Hübner identified the "main source of trouble in the lack of administrative capacity or the responsible organizations, be it managing authorities, intermediate bodies, or beneficiaries." The lack of capacity, in Commissioner Hübner's view, was determined by the "lack of sufficient numbers of staff, but also a lack of sufficiently qualified and trained staff." This is a commonly accepted and generally uncontested view.

This factor primarily, but not necessarily, concerns smaller organizations, for example, smaller municipalities. In deciding the size of the units of LSG the trade-off has always been between capacity and (in a manner of speaking) democracy. The smaller the local unit is, the closer it is to the citizens and the more included they are in its work. But alas, the smaller it is, the smaller its capacity.

It is true that small municipalities in the countries of the Balkans, which often have just a few staff members in addition to the mayor, definitely lack the capacity to prepare a project application for EU funding. The many EU programs, which increasingly extend over the Balkans, usually have different application rules. But what is, for the time being, common to all of them is that a) they require a project proposal (usually) in English, and b) that the proposal template requires advanced knowledge of project management. Many of the requirements of such proposal templates (such as logical frameworks and risk analyses, which have become common for practically all applications lately, or for example the Gantt charts, Pert diagrams, etc. (required by FP7),) far exceed the capacity of small local municipalities. And this is just the beginning. The preparation and the implementation of such a project require good command of complex financial management and reporting requirements. Even a Brussels-based office with all of these skills would, by no means, be unconditionally granted funding let alone a small municipality in the Balkan hinterland.

In reality however, the problems for many small municipalities begin much earlier in the process. They start with basic things like foreign language skills, primarily English. For example, many of the municipalities in the Balkans, outside capital cities, which might even have up to 15 staff members, often lack personnel with a command of the English necessary to draft an EU funding application. This is by no means typical only of the Balkan region. Lack of language skills can often even be a problem for much larger municipalities. In the words of a local government official, "it took 10 of us almost four weeks to draft the application. Those of us who had experience with proposal writing did not speak English, and vice versa. We had to translate many versions back and forth. It took forever." This is a huge allocation of local government resources in a process with an uncertain outcome: project proposals are more likely to be rejected than approved. The fact is that the grant-based process requires organizations to constantly prepare applications if they want to be successful. In circumstances when the application process is so cumbersome, it is easy to get discouraged.

The lack of basic skills, such as a command of English, tends to devalue more advanced capacity building efforts. Training on preparing EU project proposals has literally exploded in the region over the past couple of years. This is important, but perhaps not important enough. A local official trained in project management might still not be able to write the application simply because he/she does not speak English. This remains a critical bottleneck in the process.

And then, there is the problem of "political will." The fact is that the big talk about EU funding still does not translate into motivated action. Local representatives will go to seminars and debates and talk about the challenges in accessing EU funding, but they often lack the will to actually take steps in overcoming the hurdles. This, of course, varies and depends on individual leadership - there are diligent mayors who perform excellently and get things done - but it is rooted in a common culture of dependency on central power and in a more general lack of management skill and vision. Often, things which seem easy to fix in reality turn out to be complicated. If the central issue for capacity is to have trained staff, this is the point at which local governments should start. After all, it does sound rather straightforward. What happens in reality is that local administrations are often overstaffed. For example, of two municipalities of the same size in Macedonia, one might have a staff double the size of the other. This by no means makes the larger town more effective. Hiring is often deeply partisan and skills only come in second as a criterion. This is where the spiral of ineffectiveness begins.

It is important, nevertheless, to say that discussing the issue only in terms of lack of capacity tends to depict things rather mono-dimensionally. Municipalities in the Balkans definitely lack capacity. That is beyond doubt. But it is also about how high the bar has been raised. Even if you have the capacity to reach it, you might question the effectiveness and feasibility of the very effort. Recently, a series of German universities said they would no longer apply to the EU FP7 program. They said the process was too lengthy and expensive and that it was just not worth the time.

There is really no need for every municipality in the Balkans to develop advanced expertise in logical frameworks and risk analyses; tools which are, after all, given only secondary importance in the final proposal assessment and the grant decision. Experienced grant reviewers will have to agree with this. The expertise of local government must lie elsewhere: in understanding the local issues and challenges, not in the latest fads of the of project management theory. In this sense, local government has to develop and build capacity. That is an absolute imperative. But it seems like some simplification of the EU funding process wouldn't do much harm to anyone, and it would definitely make access to needed funds a lot easier.