The "EU-Balkans Youth Forum" in Rome 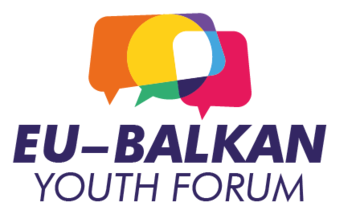 From 22 to 26 November, the Ministry of Foreign Affairs will host the "EU-Balkans Youth Forum", an event dedicated to young people from the countries of the European Union and the Western Balkans, to discuss together proposals for the future of Europe and the integration of the Balkans into the EU. Registration open until 15 October

The enlargement of the European Union is increasingly linked in general to EU external relations issues and in particular to the future of Europe. Although in 2003 the Thessaloniki European Council confirmed its plan for the political integration of the Western Balkans, over the years skepticism about reaching this goal has increased. The difficulties of the democratic transition in the Balkans, the uncertainties about how to combine enlargement with strengthening, and the debates on the rule of law of the EU have raised growing questions about integration into the Union.

Applications are welcome from university students of all majors, with a proven interest in European affairs and preferably with active participation in youth networks/ associations dedicated to raising awareness on EU integration issues.

The discussion will take place in English. Full coverage of travel costs and the stay in Rome is provided.

For further details on how to register and on the programme of the Forum, see the dedicated website .

In this context, the young people of the Balkans seem neglected by political institutions, while frustration grows at seeing the prospect of EU entry fade away. A situation that leads them to abandon their country to make a life elsewhere, but also to the formation of a spontaneous process and "integration from below" which, however, develops without guidance or interaction with political representatives.

Hence the importance of a discussion space offered by the "EU-Balkans Youth Forum", which will be held in Rome between 22 and 26 November at the Farnesina and will bring together young people from EU member countries and the Western Balkans to discuss together proposals for the future of Europe and the integration of all the Balkan countries into the European Union.

The four days of conferences are an opportunity for young people from six Western Balkan countries and 27 EU member countries to discuss common problems, mobilise new energies from below, lay the foundations for the birth of a transnational network between young people and thus design new initiatives and provide innovative opinions on the integration of the Balkans into the EU.

On the initiative of the Italian Ministry of Foreign Affairs, the Forum is organised in collaboration with the Regional Cooperation Council (Sarajevo), together with the Regional Youth Cooperation Office (Tirana), Cespi – Centre for International Political Studies (Rome), and OBC Transeuropa (Trento). The Forum will involve 78 students, 10 mentors, and various political figures from all over Europe to gather new insights and chart a path for future action.

The Minister of Foreign Affairs, Luigi Di Maio, will participate in the final session to listen directly to the proposals and report them to the Conference on the Future of Europe, currently underway.

The Ministry will also provide funds that the participants can later use for transnational projects based on the discussions that emerged during the Forum.

Participation is open to university students from member countries and the Western Balkans, with a proven interest in EU integration and social engagement. The deadline for submitting applications is 15 October, 2021.

The agenda and the form are available on the website dedicated to the Forum: www.eubalkanforum.org