Italian pop culture in Yugoslavia: Transfers and encounters across the Adriatic, 1950s-1960s 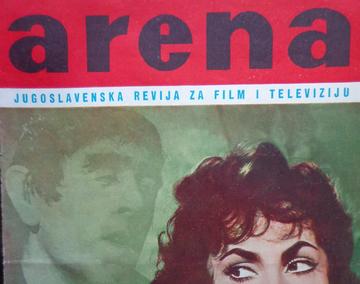 Italian pop culture in Yugoslavia: Transfers and encounters across the Adriatic, 1950s-1960s

Francesca Rolandi, in dialogue with Andreas Guidi, presents the results of her reseach on the influence of Italian pop culture in Yugoslavia

Download file
Update Required To play the media you will need to either update your browser to a recent version or update your Flash plugin.

During the 1950s and 1960s, Socialist Yugoslavia experienced an opening up to cultural products from Western Europe and the United States.

Due to geographic proximity, Italian pop culture propagated by television, cinema, radio and magazines played a key role in the emergence of consumerism on the other side of the Adriatic Sea, prompting transfers, appropriations, and collaborations.

In this episode, Francesca Rolandi discusses several domains related to this phenomenon such as cross-border shopping, music and cinema. The transnational dimension including Italy, Yugoslavia and beyond, offers an occasion for reflecting on the intersections of cultural, social, and diplomatic history during the Cold War.

This is an excerpt of a longer episode produce within the series The SouthEast passage. The entire podcast in available for download on here . The Southeast Passage is a podcast about the history and the society of the Balkans and beyond. Researchers from various countries present their ongoing projects and discuss about the relevance of their topics inside and outside academia.


While Osservatorio does not control the information/materials posted by users, it reserves the right (which it may exercise at its sole discretion without notice) to read messages before publication and delete, move or edit them. The time necessary for this operation is variable. See our policy
blog comments powered by