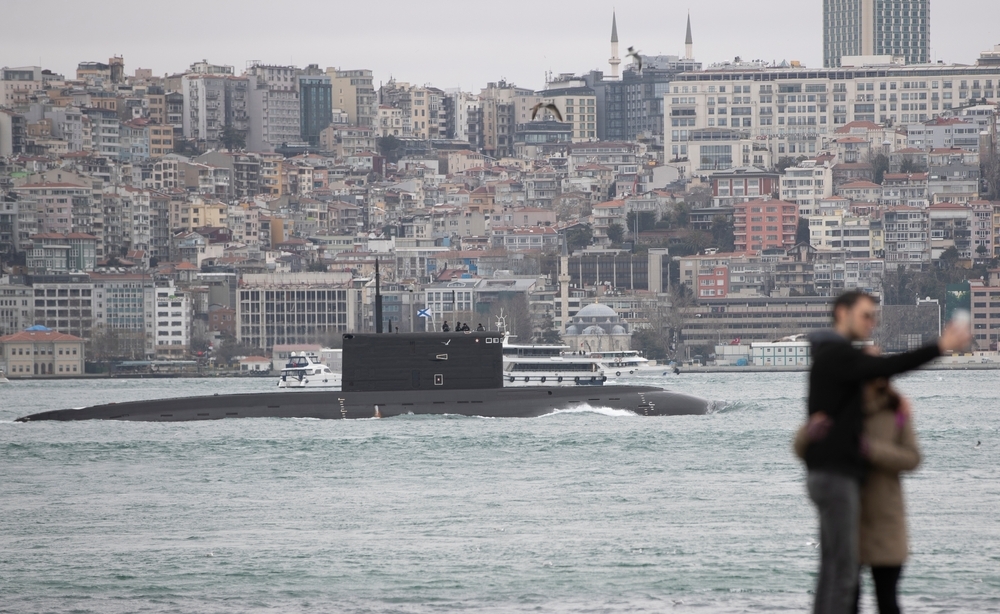 A NATO member with strong strategic and economic ties with Moscow (but also with Kyiv), Turkey is facing the Russian aggression against Ukraine with extreme caution, in an attempt to minimise the risks, but also to take advantage of possible opportunities

After the third week since the Russian invasion of Ukraine, it is clear that Turkey remains an important piece of the regional puzzle. If the Turkish position sometimes appears contradictory, that is because Turkey is precariously wedged between Russia and NATO, both geographically and diplomatically. It also has strong trade ties with both Ukraine and Russia. Similarly, while Turkey remains uniquely exposed to heavy economic fall-out from the war, it also sees the conflict as an opportunity to beef up its geopolitical prestige as a key mediator.

Commentary on Turkey’s stance on the conflict in Ukraine has stressed the country’s liminal position. According to the Washington Post, Ankara is caught in a “diplomatic balancing act ” between NATO, of which it is a member, and its erstwhile ally Russia. According to analysis in Chatham House, the invasion might force Turkey to give up its strategy of “geopolitical balancing ” and fully commit to its role as a NATO ally. On the other hand, according to an analyst writing for War on the Rocks, Turkey will likely remain “on the fence ” because it needs both Russia and the West.

The country’s early steps after the invasion caused some to hope that, after years of flirting with other geopolitical alliances, Turkey would return to the NATO fold firmly on the side of the West. After Russia invaded on February 24, President Recep Tayyip Erdogan unequivocally condemned the attack and told his Ukrainian counterpart Volodymyr Zelensky that Turkey supports Ukraine’s territorial integrity. Since then, Turkey has consistently called for diplomacy over escalation.

Turkey has indeed attempted to bring the conflict off the battlefield and into the field of diplomacy. On March 10, Turkish Foreign Minister Mevlut Cavusoglu successfully brought together the Foreign Ministers of Russia and Ukraine for a tripartite meeting at the Antalya Diplomacy Forum. This was the first set of face-to-face talks since the invasion began. While Turkey’s attempts to help broker a ceasefire were unsuccessful, Turkey was able to position itself as an important mediator. As Cavusoglu said after the talks, "Turkey is one of the countries that Ukraine is looking to among guarantors for a possible sustainable peace agreement”. Even NATO Secretary-General Jens Stoltenberg seemed to appreciate the attempt, tweeting that he “commends Turkey’s efforts at mediation”.

Yet, Turkey’s relationship with NATO is complex to say the least. In 1952, it was the third country to join NATO and has the second-largest standing army in the alliance. However, public opinion suggests that the Turkish public is generally suspicious of it. A PEW survey showed that only 21% of people in Turkey have a favourable view of NATO, while a January 2022 survey by a Turkish polling company revealed that, when asked which country Turkey should prioritise when it comes to foreign policy, 39.4% said Russia and China. As an indication of anti-NATO sentiment in Turkey’s ruling circles, a businessman and former member of Erdogan's AKP recently visited Moscow and told Russian media that NATO is a “cancer” and the “real culprit” of the conflict in Ukraine. On March 14, Turkey’s controversial Interior Minister ramped up the anti-Western rhetoric by declaring that “as a society, Europe has no meaning” and that Hungarian philanthropist George Soros is responsible for the Ukraine crisis.

Despite Turkey’s occasional anti-Western stance, many hope that fear of Russian President Vladimir Putin’s irredentism will cause “the return of Turkey, NATO’s prodigal son” to the Western fold but, as Selim Koru writes , they should not get their hopes up.

There have been several moments since the crisis began when Turkey’s actions have been praised by the EU and the United States. On February 27, Foreign Minister Cavusoglu said that Russia’s operation in Ukraine was officially a “war”. This allowed Turkey to implement a crucial article in the 1936 Montreux Convention giving Turkey authority to regulate the two straits that link the Black Sea to the Aegean. Turkey activated Article 19, which allows it to regulate the passage of “vessels of war” by belligerent parties. This decision came three days after Ukraine had first asked Turkey to cut off Russian warships’ access to the straits. Though Turkey took several days to comply, its eventual decision to invoke Article 19 earned it quick praise from U.S. Secretary of State Antony Blinken.

While Turkey’s enforcement of the Montreux Convention made it appear to be taking Ukraine’s side in the conflict, it can also be interpreted as a further example of its geopolitical balancing act. Turkey did not solely block Russian ships, with the exception of those returning to Black Sea bases. Instead, it blocked access for all warships, including NATO’s . That may be why the Russian ambassador to Turkey said that his country “appreciate[s] Turkey’s attitude” towards international law. Commentator Howard Eissenstat describes Turkey’s ability to score points with the West while also showing Russia that it is not hostile as a form of “noisy diplomacy ”. For this reason, it is too soon to say that Turkey is returning to the NATO fold. For now, it has continued to appease both sides.

Turkey remains concerned about alienating Russia, even though the two countries have been at odds in conflicts like the Syrian civil war, with their disagreements even leading to casualties on both sides . But Moscow and especially Ankara have reasons to downplay their conflicts. They have strong links in the sectors of trade, defence, energy, and tourism. As the Turkish lira continues to bleed out and the economic recession deepens in the country, Turkey relies on the arrival of Russian tourists, who make up 19% of all visitors – more than any other single nationality. Similarly, Russia supplies Turkey with 52% of its gas and 56% of its grain imports. This helps explain why Turkey is the only NATO member to oppose sanctions against Russia. It has also kept its airspace open to Russia, one of few NATO members to do so, and abstained in the vote to suspend it from the Council of Europe on February 25. It had walked a similar tightrope during the 2014 annexation of Crimea, condemning the action while avoiding firmer actions against Russia.

But Turkey is also not willing or able to abandon Ukraine, which helps explain its fence-sitting. Ukraine is also a major source of tourists, grains, and the all-important sunflower cooking oil for Turkey. In return, Turkey has become a major supplier of defence equipment to Ukraine, including the now-famous Bayraktar TB2 armed drones that have played a major role in Ukraine’s defence against Russia. As recently as February 3, Turkey and Ukraine signed a free-trade agreement and made plans for joint defence projects. Even after the invasion began, Turkey sent Kyiv a new shipment of drones, but it has been trying to underplay this fact and assure Russia that it is not targeting any particular “third country ” by selling these weapons.

Turkey’s balancing act between NATO and Russia can be explained by these existential risks, but the country still hopes to reap the maximum benefit from the conflict while not alienating either side. As Erdogan declared on March 3, “With its politics, economy, military strength, and social structure, Turkey is a country obliged to be strong. Everyone who looks with intelligence and conscience will see this truth. Turkey is not independent of any crisis”.

Anyone who wants to understand Turkey’s position in the Ukrainian crisis must see that the country’s goal is to turn these risks into opportunities, even at the risk of playing all sides.