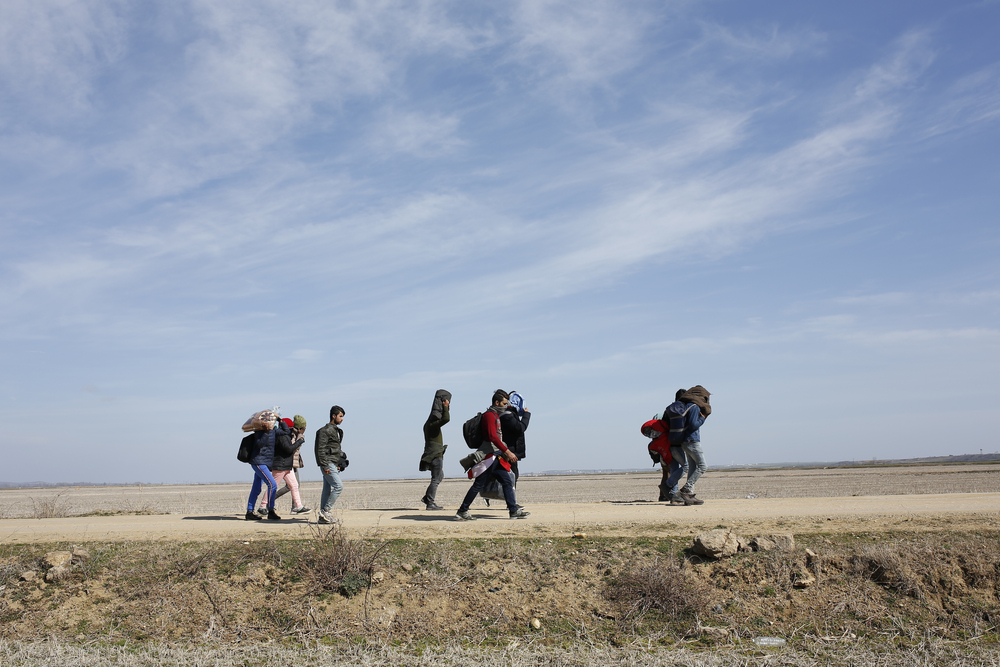 In Turkey, the recent violence against Syrians in the Altındağ district, in the province of Ankara, has raised the thermometer of intolerance. New migrations from Afghanistan could exasperate the situation

Shattered shop windows, signs of stones thrown at the shutters, and cars overturned on the ground blackened by burn marks. This was the Altındağ district, in the province of Ankara, after hundreds of people, on 12 August, attacked shops they believed to be run by refugees from Syria. The news of a Turkish teenager stabbed to death by two Syrians a few days earlier sparked anger and frustration; many went to the district of the Turkish capital also known as "little Aleppo", due to the high number of Syrian refugees who live there, and tried to destroy everything they could and that they believed to be somehow linked to Syrians, such as refugee-run businesses that were brutally damaged.

The rage of the mob risked causing even more victims – a Syrian child ended up in hospital after being hit in the head by stones that arrived inside his home. Seventy-six people were stopped by the police the following day: the images of the attacks they posted on social media themselves show many people making the gesture of the "gray wolves" linked to the Turkish ultra-nationalist right.

Many Syrians living in Altındağ did not dare to leave their homes for days after the attack. Some said that staying in their homes with the windows closed and the lights off reminded them of the dramatic moments of the war in Syria, from which they had fled hoping to find a safe place in Turkey.

Whether or not close friends or relatives of the Turkish boy who was killed were the ones who hit “little Aleppo”, the sad episode in Ankara clearly shows the frustration of a large part of Turkish society that cannot bear the presence of immigrants. This is demonstrated by some comments from the inhabitants of the neighbourhood who did not condemn the episode and claimed that the Syrians "must go".

This is not the sentiment of the general society. Many Turks support a welcome policy, strongly promoted by President Erdogan, and many have firmly and explicitly criticised the Ankara attack. Deep frustration with migrants, however, is widespread and transversal, from people who consider themselves conservative or nationalist to some advocates of the progressive left.

Recently the mayor of Bolu, elected with the Social Democratic CHP, the largest opposition party, had announced that he wanted to raise the bills of foreigners who lived in the municipality. The choice was considered controversial by many and at the same time received appreciation and understanding from many residents, and in any case did not receive criticism from the party leadership.

Already in July, well before the attack on the shops of Syrians in Ankara, the slogan "I don't want migrants in my country, stop the silent invasion" spread across Turkish social media. This sentiment is widespread among the Turks, including several Erdogan voters. Annoyance at migrants is particularly strong in the nationalist electorate, represented by various opposition parties but also by the MHP, a right-wing nationalist force allied in parliament with Erdogan's AKP.

Since 2015, when the migratory flow from Syria to Turkey became increasingly consistent, the Turkish president has never changed his policy and recently reiterated this position by declaring "we will not leave in hand to the murderers the people of God who sought refuge here with us”. Despite a decline in consensus according to some polls, Erdogan remains the most popular politician in Turkey, but his declarations in favour of welcoming migrants do not find solid support even in his own electorate. For these reasons, the new wave of migrants from a collapsing Afghanistan is a very delicate new challenge for the Turkish head of state.

According to UN statistics, in 2020 there were 125,000 Afghans seeking asylum in Turkey, but some academics estimate that it may actually be over half a million people – a figure, however, destined to increase. According to the Turkish media during the summer, parallel to the advance of the Taliban towards Kabul, about 1000-1500 people a day, fleeing from Afghanistan, managed to cross the border between Iran and Turkey. Precisely on this stretch of land, Ankara has just completed the construction of a wall about 300 km long.

Erdogan will not change his rhetoric on the reception of asylum seekers and will use it to negotiate with Brussels by pointing the finger at the hypocrisy of the European Union which, in the face of this umpteenth Afghan crisis, seems to be ready to close itself like a fortress. "Turkey has no obligation to be Europe's repository for refugees", Erdogan recently said, relying on the support of Angela Merkel who in recent months had once again praised the efforts of Turkey, the country which hosts more refugees in the world (3.7 million people according to UN data).

Having an ever-increasing number of migrants in Turkey can also be a problem. The frustration of much of Turkish society, which recently exploded in violence with the Ankara attacks, does not concern Syrians per se, but migrants in general, and between July and August the complaints of many Turks on social media have also heavily targeted the Afghans arrived in Turkey.