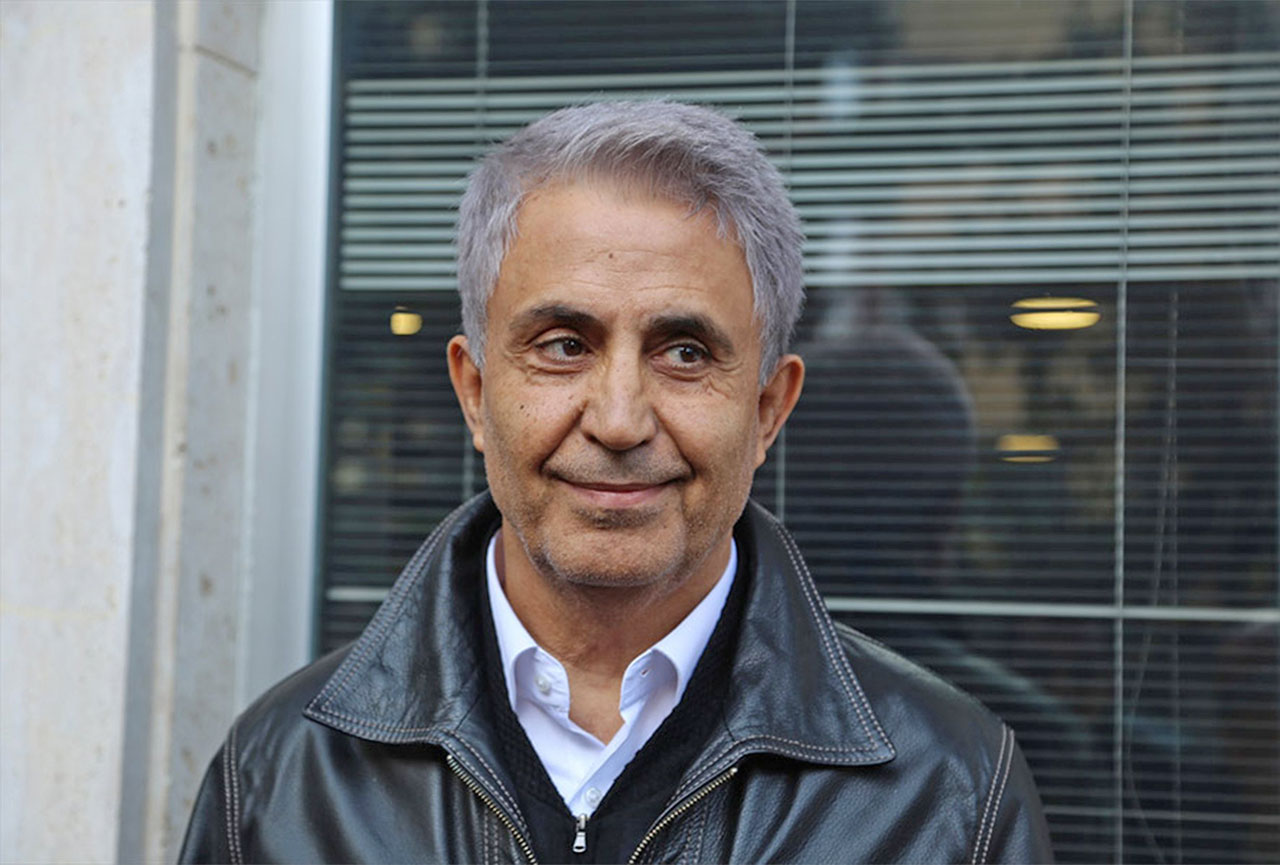 This is my written statement in response to the indictment.

I am a cartoonist. I have been drawing cartoons for thirty-five years. Instead of writing long and winding expositions, cartoonists pour out their feelings and thoughts directly, in a striking and energetic form.

Today, I stand here as the respondent to allegations that are unjust, baseless and impossible to come to terms with; allegations the unfairness of which is quite extreme.

I am facing a prison sentence of almost twenty-nine years. What is more, we also know that the prosecutor who is making these allegations is being tried on the grounds of “Being a member of the Fettullah Gülen organisation and of attempting a coup”.

My response to this will be both short and sweet:

I return the exact same accusation!

How terrible it is that on the 15th of July 2016 our country was the stage for a coup attempt that resulted in the death of two hundred and forth-nine of our fellow-citizens and the injury of thousands.

The ensuing mistakes and weaknesses that were displayed in the fight back against those who were involved in the coup-attempt confirms the legitimacy of my reaction.

I am not a strategist. But my intelligence and common sense tell me the following:

Those who were involved in the coup-attempt, the acceptance of which is absolutely impossible in a democracy, should have been isolated as a first course of action. Instead, the prosecution has made a grave error in targeting “Cumhuriyet” newspaper, many of whose cherished and distinguished writers such as Uğ ur Mumcu, Ahmet Taner Kışlalı, Muammer Aksoy and Bahriye Üçok paid with their lives in the struggle against all manner of terrorist organisation.

And following this, the pre-trial detentions of almost nine months, which are in fact criminal punishments in advance have proved to be the breaking point, and have resulted in a heavy blow to the cogency of the fight against FETÖ... I would like to ask the prosecution: Did you hear the applause coming all the way from Pennsylvania? Because I heard it loud and clear in my Silivri cell.

Years ago, I drew some cartoons drawing attention to the fact that Fettullah Gülen was developing an organisation within the state. How tragic it is, and also how comic that I am being tried today by the testimony of people who were at Gülen's right hand.

Yes, I have had the privilege of being “Cumhuriyet” newspaper's cartoonist for twenty-three years. If some unprejudiced research had been conducted in this case it would have been seen that my signature is there, under the most scathing cartoons of terrorist organisations, primarily those of FETÖ. And the fact that these anti-terrorist cartoons have appeared on the front page for the last six years is further proof that my paper should not be held up as being aligned with a terrorist organisation.

Essentially, the cartoon is an art form of an age in which a free mind and inquisitive freedom of thought began to express themselves.

It is against the very nature of things for cartoons and their creators to align themselves with a culture of submissiveness and with entities that are unbending and based upon crude hierarchical relations that promote violence. Courageous and independent view points that have broken free of cliché and standardised forms are what make for a true and effective cartoon. Conversely, organisational structures based upon strict hierarchical relations cannot create a platform upon which a cartoonist can seek the freedom they need. Whilst organisational structures that are based upon violence rely upon taboos, the role of humour and of cartoons is to categorically destroy taboo. For that reason, those opposed to democracy do not like humorists and humorists, likewise, have no time for structures that worship violence.

In the face of this reality, to accuse a cartoonist of aiding and abetting a terrorist organisation and to punish them with a heavy prison sentence is not only a great misdeed to the cartoonist, but to this country itself.

In actual fact, caricature is synonymous with critical thought. If you look at the research conducted by the OECD on critical thought and problem solving, the proportion of young people in Turkey capable of a high level of critical thought and of putting up opposition is only 2.2%, whereas the average rate the OECD found was 11% and this figure in South Korea stands at 28%.

We could have used caricature, especially in schools, to develop a sense of critical thought. But instead we have preferred to follow a legal process that will destroy it completely.

And I would like to say a word or two about the expert whose considerations have formed the basis of these accusations:

He is not a criminal lawyer who specialises in media crime, neither is he an expert in semantics. Neither is he a communications expert, by any means. So what is he? He is a computer expert. And he has worked solely in institutions that are close to the government.

You know how it is with teenagers when they discover new words, they like to cause a stir by throwing them around in front of their peers. Well, the new word that our expert has discovered is “manipulation”. In almost every sentence of the report he seems to be saying, “I detected a degree of manipulation”! From what this expert is telling us, it appears that he'susing the reasoning of a wolf who wants to eat the sheep on the other side of the water, saying: “You are manipulating my water!”

One of the terms he used to describe manipulation was “to veil the truth”.

In fact, the purpose of this report, which is the reason for journalists being unjustly and baselessly detained for nine months behind the thick walls of Silivri, is exactly this: To veil the truth. It is manipulation!

It was clear from day one that this indictment was loaded with inspirational material for a humourist. It was not just the opposition, but even the newspapers close to the government who drew attention to these farcical allegations.

And now everybody knows that the prosecutor who prepared this indictment is facing two life sentences and is being tried as a FETÖ suspect and for instigating the coup.

According to this indictment:

If this is the case, we have been locked up “so to speak” in Silivri for nine months!

One of our colleagues is said to have made contact, and was able to make contact with a ByLock user at a time when ByLock did not yet exist.

Our colleague who had parquet flooring laid in his house was accused of being a member of FETÖ because another customer of the man who sold him the parquet was a FETÖ supporter!

I rang a well-known travel agent, one that has full-page adverts in all the papers, looking for a three day holiday in Bodrum and this phonecall has been listed as evidence against me that I made contact with a terrorist organisation.

Whilst I had been hoping to spend three days in a room with a sea view in Bodrum, I ended up spending nine months in a cell with a concrete view in Silivri. I don't think that my experiences can be passed off as a mere reservation blunder!

This indictment has severed all contact with objective reality, is beyond the bounds of reason and cannot be taken seriously. It is frowned upon even by all those people who are not encumbered with a heart and a brain. It's lost face even with them

You will appreciate of course, that I could have made my own jokes about this indictment, but I didn't. This is because good-mannered humourists know only too well, you don't hit a man when he's down!

The prosecution have worked for no less than five-and-a-half months and have prepared an investigation file that amounts, with its appendices, to thirty folders in order to show that we are in communication with certain terrorist organisations. Given this, there must be some expectation that one of us will confess the crime. But perhaps a task such as this falls best to a cartoonist!

Can you make a cartoonist confess? Let's see!

I asked my granddaughter what the purpose of this organisation was and she said:

“Grandpa, we want to live like our friends in the west. We want our lives to be free and happy too. We want to live in nice stable homes and be taught in good schools. And we don't want anybody to die, or anything like that”.

“So, will you make me a member of your organisation too?” I asked.

There you have it, my confession. The truth of the matter is, aiding and abetting this children's organisation has been the meaning of my life. Instead of the threat of punishment, I have always feared being an embarrassment to our children!

As you will know, in 2016, Turkey was in ninety-ninth position out of one hundred and thirteen countries in the index on the rule of law. And we can all see that the situation is getting even worse in 2017. In all of the debates on justice there is no-one left saying “There is Justice in this Country”. What we need to be able to live together is common ground and common justice!

May the first hearing of this trial, that is being followed with interest by the whole world, be the miracle of a new era that will cause our faith in the law and in justice to blossom. I wish this not only for myself and for my colleagues, I wish it for my country.

When our homes were searched with a fine-toothed comb, no safes full of money were found nor shoe boxes stuffed with dollars! The Financial Crimes Investigation Board and the Savings Deposit Insurance Fund examined the bank accounts and movement of monies of ourselves and our family members. But they did not find evidence of one penny's worth of irregularity.

For months now, our personal electronic devices, the headlines that appeared in our newspaper, our news articles, photographs, opinion columns and cartoons have been examined in detail and yet not one shred of concrete evidence has been found to show that we have aided or abetted terrorist organisations.

Yes, in this country everyone is very familiar with sentences that begin with a declamatory... “O!”

I would like my defence to be noted as, “O, conscience!”