What future for Koper's port 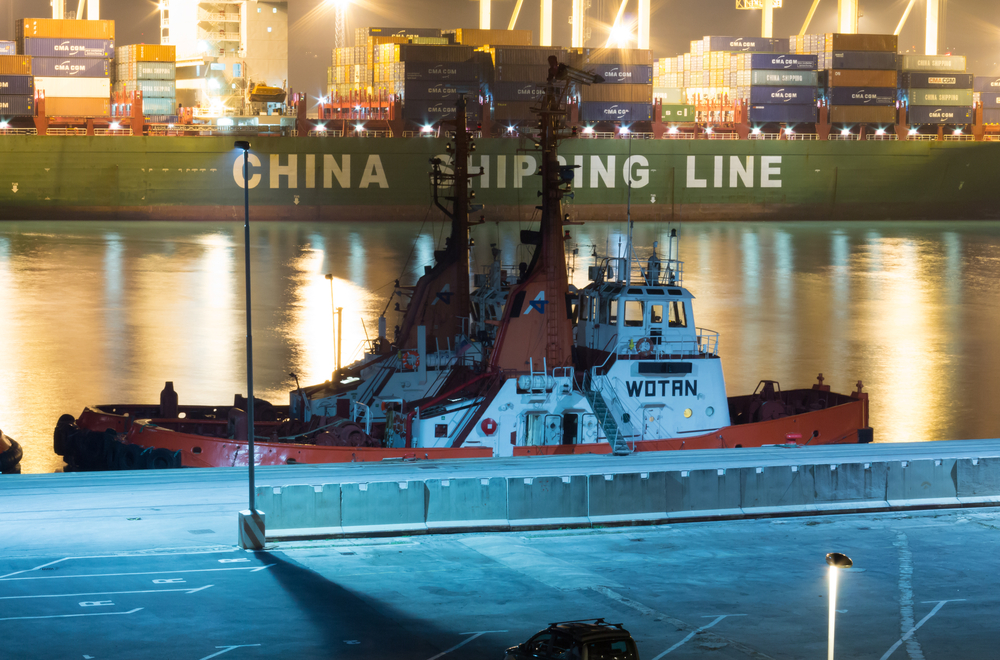 Slovenia's only port, the Port of Koper (Luka Koper) has record sales every year and traffic continues to grow. Envied by the great powers and by the landlocked countries of Central Europe; continuously challenged by its main rival, Trieste

Slovenia's strategic infrastructures can be counted on the fingers of one hand. With over a thousand employees and a freight traffic of 25 million tons per year, the Port of Koper is undoubtedly one of them. The largest port in the North Adriatic, Koper is one of the three pillars of the Slovenian transport policy, alongside national railways and highways.

The advantages offered by the Port of Koper are well known: it is the first landing point for cargo ships operating on the route from south-east Asia to Europe via the Suez Canal; it allows to speed up the transport times of goods, saving ships up to ten days of navigation compared to the time taken to reach northern European ports, and is crucial for landlocked Central European countries .

The Luka Koper company, which manages the port, beats the profit records every year. In the first half of 2018, it registered a total turnover of 113 million Euros, with a net profit of 35 million Euros (27% more than the previous year).

Slovenia has clear ideas on how to capitalise on the potential of the Port of Koper: to maintain and improve the current strategy. At the 16+1 summit between the countries of Central and Eastern Europe and China, held in Dubrovnik in April 2019, Slovenian Prime Minister Marjan Šarec, speaking with his Chinese counterpart Li Keqiang, defined the port of Koper as one which allows the fastest connection between China and central Europe. In June 2018, following the signing of a cooperation agreement between the port of Koper and the Ningbo port in China, Luka Koper officially joined the "One Belt, One Road" initiative.

War between ports in sight

However, the port of Koper is not the only one to operate successfully and some smaller ports outperform it in terms of growth. China, like many other countries, is also showing interest in the port of Trieste, which has become Koper's main competitor. The port of Rijeka – which has shown a marked slowdown in the growth trend after the Croatian government decided to channel significant resources towards the construction of the Pelješac bridge – is still undecided about the strategy to be adopted. Also on the other side of the Adriatic there are several ports that can be a solid alternative to that of Koper.

The potential of cooperation between Adriatic ports in the area of promotion and training has often been highlighted. According to a study carried out by the Association of Northern Adriatic Ports (NAPA), the ports of Ravenna and Fiume have a handling capacity of 6 million TEUs per year (in 2018 the two ports have handled 2.8 million TEUs). However, Slovenia received with some skepticism the memorandum of understanding between Italy and China, signed in March 2019, which provides, among other things, for new Chinese investments in the port of Trieste, which handles 725,000 TEUs a year, while the port of Koper handles 988,000.

Although Luka Koper denied concerns about the agreement signed between China and Italy, the fear of being overcome by the competition remains.

"We must always be concerned about the risk of losing business partners or market shares", Elen Twrdy, dean of the Faculty of Maritime Studies and Transport of Portoroz (Portorož) told the STA news agency. "Koper must continue with the investments. It is the only way to remain competitive, despite China's interest in the port of Trieste", said Twrdy.

"All three ports [Trieste, Koper, and Rijeka] have great potential, but much depends on infrastructure investments", said Rok Svetek, president of the Slovenian Chamber of Commerce, in an interview with the PortSEurope portal. According to Svetek, "developing a strategy and putting it into practice are two different things".

The curse of the "second track"

Another problem faced by all the Northern Adriatic ports lies in the inadequacy of their rail links with the hinterland. The railway that serves the port of Rijeka passes through the urban centre, while Koper has a single railway line that connects the port to the city of Divača, an important railway junction located a few tens of kilometres from the coast.

The Slovenian government's strategy for transport infrastructures for 2020-2030 provides for the development of "intermodal nodes" for all types of transport, and the construction of various logistics centres throughout the country. However, unanimous agreement has not yet been reached on how to reduce congestion in the Koper port: the "second track" project for the Koper-Divača line, which involves the construction of 27 km of tracks and 20 km of access roads, for an amount of 1 billion Euros, has become the bone of contention among Slovenian politicians.

After two referendums to repeal the law on the expansion of the Koper-Divača railway section [both null due to a failure to reach the quorum], the financing of the project has become the subject of constant debate. After being persuaded by the previous Slovenian government to invest 200 million Euros in the construction of the second track between Koper and Divača, in 2018 Hungary decided to permanently withdraw from the project due to mistrust of the new Slovenian government and a stall in negotiations regarding the implementation of the project, and started looking at Trieste, regarded as a less problematic partner.

From commercial port to military port?

Therefore, in the last few years, the ports of the Northern Adriatic have launched into a real investment race. "One of the most important investment projects we intend to carry out concerns the expansion of the first pier, where the container terminals are located", announced Luka Koper spokesman Sebastjan Šik in a recent interview with Adriatic Journal. "This project is worth 235 million Euros. Part of this sum was used to increase the depth of the port basin and to purchase new cranes and other equipment", explained Šik.

The project, which also includes an extension of 100 metres of the existing quay and the construction of new storage facilities, should be completed by 2021, allowing the port to reach an annual traffic capacity of 1.5 million TEUs. Many interventions are planned, from the construction of a new dock to a garage with 6,000 parking spaces and the expansion of port access infrastructures.

Beyond these objectives, the port of Koper seems to also cultivate geostrategic ambitions. In 2018, Luka Koper rose to the media spotlight thanks to the signing of a cooperation agreement with NATO for Trident Juncture 2018, one of the most important drills organised by the Atlantic Alliance in recent years. The Slovenian government has promptly denied speculation that the port of Koper may become an important logistical hub for NATO, especially with regard to the transfer of troops, armaments, and other military equipment, without however succeeding in dispelling many questions.