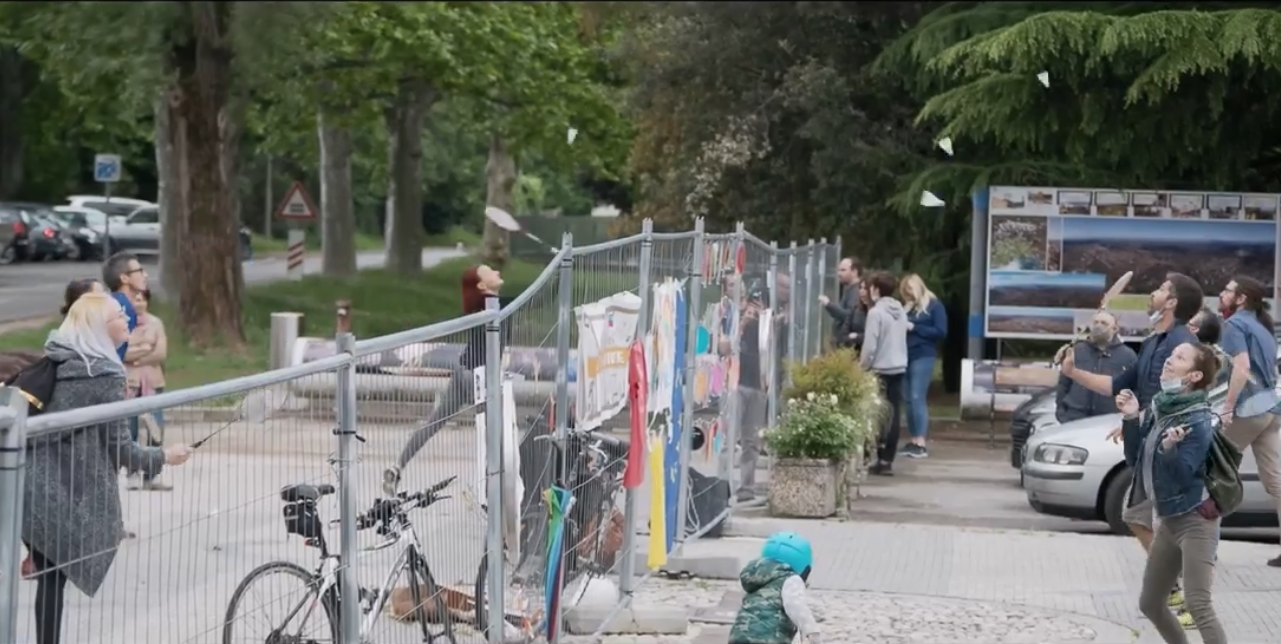 Image from the documentary "GO-VID When the border reappears" by directors and authors from Gorizia Sara Terpin and Carlo Ghio, founders of the portal  www.slovely.eu

In many territories on the border between Italy and Slovenia, a climate of integration had finally been reached, but the measures introduced to limit the pandemic have changed everything. Neither Rome nor Ljubljana worried that much, but some, with creativity, "took the field" in favour of the complexity, interests, and relationships of cross-border areas

It was a schizophrenic year on the eastern border. The pandemic has erased many of the certainties of a population that had begun to believe that the border no longer existed. On the one hand, comforting signs came from the Gorizia region, where local administrators continued to collaborate; on the other hand, some did not seem to be too distressed by the limitations placed on the borders. The only certainty is that neither Rome nor Ljubljana have worried that much about the complexity, interests, and relationships of those who live between Italy and Slovenia.

Slovenia was the first to close. It was March 10, 2020, when Prime Minister Marjan Sarec, shortly before handing over the cockpit to Janez Jansa, rushed to announce on Twitter that the border with Italy would be "closed". A few hours later, the secondary crossings were closed. In some places boulders were even brought to block the road, in others the passage was blocked by piles of gravel. At the time, the coronavirus was spreading in Italy; in Slovenia the cases were few and the fear that the contagion would spread massively was great.

The documentary “GO-VID When the border reappears” by directors and authors from Gorizia Sara Terpin and Carlo Ghio was made during the period of the lockdown and the closing of the borders between Italy and Slovenia. The authors are founders of the portal www.slovely.eu which offers the Italian public information on culture, traditions, nature, and tourism in Slovenia. Not being able to go to Slovenia to produce articles and reports, the SLOvely.eu team began to observe what was happening along the border that had returned to divide the cross-border territory of Gorizia. The result was a documentary that captures the events and atmosphere of that period through the stories and emotions of the people who live along the border; a snapshot of a difficult historical moment, which shows a strong desire to be together.

Amid the general dismay, in piazza della Transalpina - Trg Evrope, between Gorizia and Nova Gorica, the Slovenian authorities thought it best to set up a fence. The square, which had been the symbol of the enlargement of the European Union to the east, was once again divided. A slap in the face for Gorizia, that in those months was entering the last phase of its candidacy for European Capital of Culture 2025. The reaction was amazing. Images filled the web of young people playing volleyball and badminton across the fence and kids holding hands or having a drink together. The people of Gorizia did not lose heart, reaffirming in every way that they wanted to continue living in Europe without borders. To demonstrate this, mayors Klemen Miklavic and Rodolfo Ziberna brought their desks to the middle of the square, to sit and talk to each other across the fence. A reaction in contrast to the rest of the border areas, where the new blocks imposed by the virus were met with absolute indifference. The administrations of Koper and Trieste, for example, felt no need to meet, much less in a spectacular way in front of a border barrier.

More than others, Ziberna and Miklavic understood that the only way to get their territory out of the margins was to reimagine it in an integrated way. Precisely for this reason, they saw the title of European Capital of Culture 2025 as a great opportunity. These two characters are the expression of their respective communities: on the left Miklavic, on the right Ziberna. The first probably does not mind that on Mount Sabotino there is still the inscription praising Marshal Tito, while the second finds nothing wrong in the fact that every year the veterans of the X Mas commemorate their dead by stopping in the hall of the municipality. Two different worlds, so much so that in recent weeks Miklavic has hailed the idea that LGBT Pride-FVG will stop in his city, while Ziberna has clearly implied that he does not want to have anything to do with the initiative. To collaborate, they used a simple strategy. They have set to work on the many things that unite them, leaving aside what divides them. It was not such a simple or obvious choice, as it might seem at first glance. 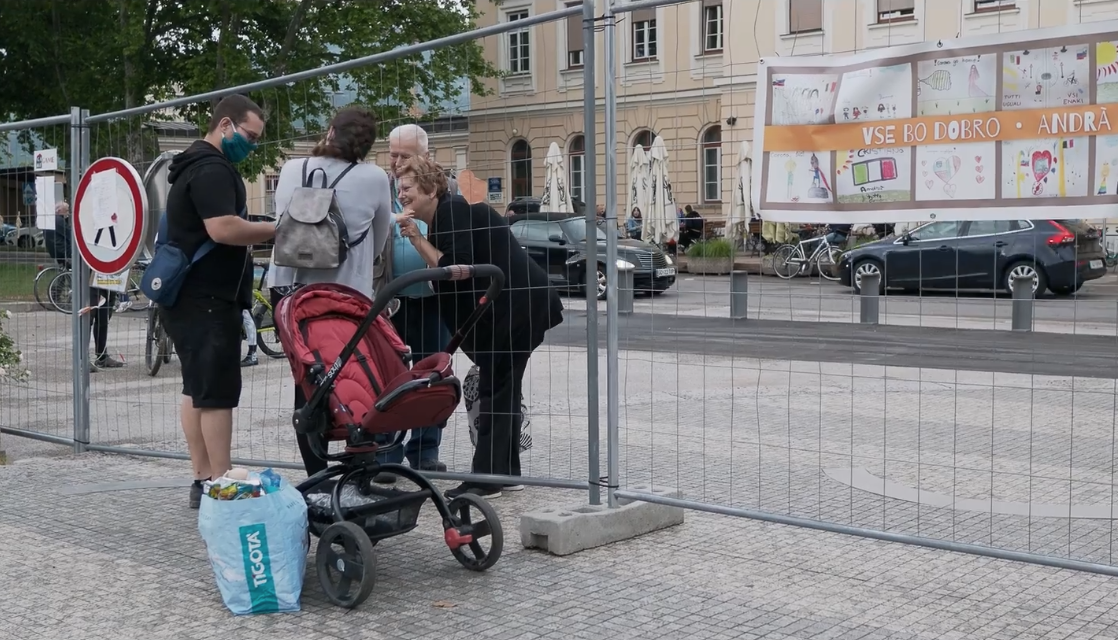 Image from the documentary "GO-VID When the border reappears" by directors and authors from Gorizia Sara Terpin and Carlo Ghio, founders of the portal www.slovely.eu 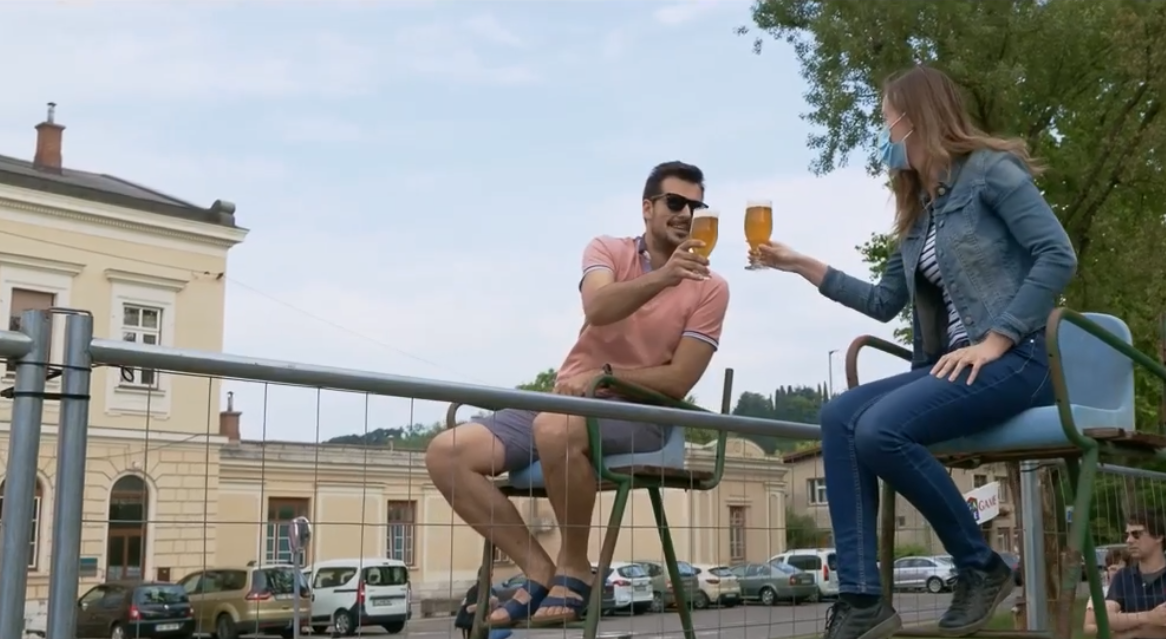 Image from the documentary "GO-VID When the border reappears" by directors and authors from Gorizia Sara Terpin and Carlo Ghio, founders of the portal www.slovely.eu

Meanwhile, their two cities have become the symbol of collaboration between Slovenia and Italy – an example for all, so much so that they were adopted by the two presidents. Last July, Sergio Mattarella and Borut Pahor made a stop, hand in hand, in front of the Foiba di Basovizza and in front of the Monument to the Slovenian anti-fascist martyrs shot in 1930 – two symbolic places of the suffering caused to Slovenians and Italians by the authoritarian regimes of the last century. The two presidents will meet again in Gorizia and Nova Gorica next autumn. Meanwhile, this week Miklavic and Ziberna were received together by the Italian president.

They would have a lot to teach Italian and Slovenian politics. First of all, that in times of crisis (and therefore also in dealing with the health emergency) the measures at the border should have been agreed. It was not done in March 2020 and it is not being done now. Slovenia and Italy have continued to move forward in no particular order in the chaos caused by the virus. Rome and Ljubljana managed the border without taking an interest in the problems of the local population, except for the frontier workers. They were allowed, almost undisturbed, to go to work or school on one side and sleep on the other, but little or nothing was done to maintain all the network of relationships in a territory that had begun to be somewhat integrated.

Now, after 15 months of intermittent opening of the border, of rules that change from day to day, and of a substantial discrepancy in the modalities of passage from one side to the other, the time has come to calculate the damage of a policy that has never been able to think of the territory in a different perspective than the national one. The Italian minority in Slovenia and the Slovenian minority in Italy suffered from it, but also the whole slice of the population that had now learned to live as if there were no border.