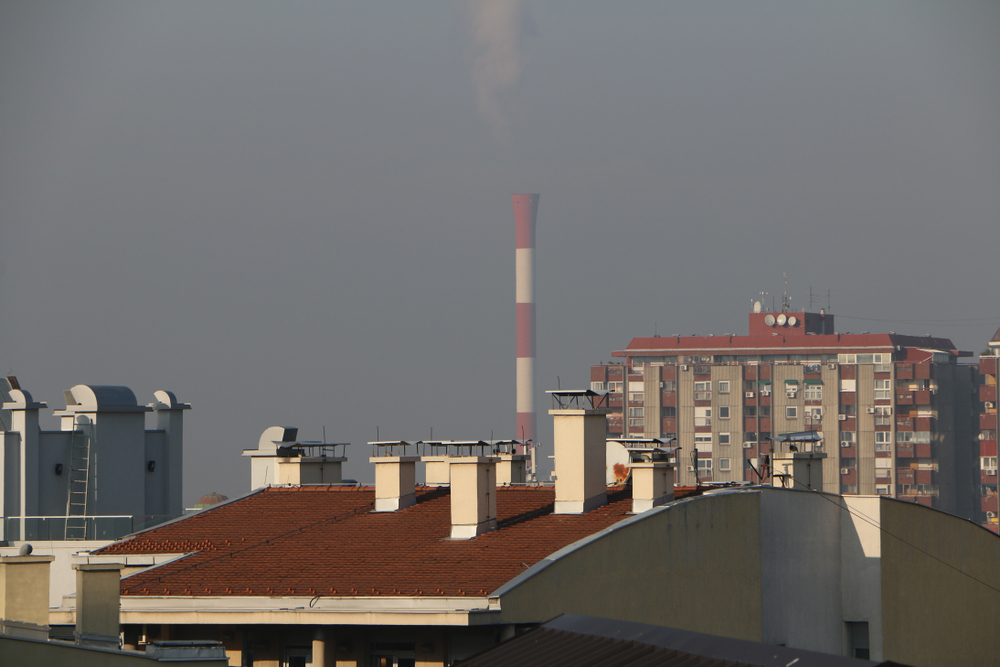 Serbia sets the pollution record in Europe: the Kostolac B thermal power plant alone emits more sulfur dioxide per year than all the thermal power plants in Germany combined. And Serbia does not seem willing to spend the funds received on loan from various international agencies for environmental protection

According to the results of the air quality monitoring, in mid-January Serbia was one of the most polluted countries in the world. Nothing new, say experts, as pollution has been high for many years now. However, in the first half of January, weather conditions actually made breathing difficult, and the fog, which would not rise for days, further contributed to the creation of an apocalyptic atmosphere, especially in the industrial areas of the country.

In his first reaction to the panic that was growing among the population day after day, Serbian President Aleksandar Vučić said that pollution is a consequence of the increase in the standard of living of Serbian citizens.

According to the data of the Agency for the protection of the environment, for several days the concentration of fine dust PM10 and PM2.5 was higher than 300 µg/m3 – a value six times higher than the legal limits. An attempt has been made to trace the causes of pollution to various factors: the emissions of toxic substances from thermal power plants, adverse weather conditions, the use of solid fuels for domestic heating, the increase in traffic, the use of vehicles not complying with ecological standards, but also the inertia of the authorities, that do not deal with environmental protection at all.

Unlike the Belgrade leadership, which keeps repeating that the current level of air pollution is no worse than in previous years, the secretariat of the Energy Community – an international body which includes the EU member states, the countries from South-Eastern Europe, and some countries in the Black Sea region – expressed concern about the situation in Serbia in a letter sent to the Serbian government on January 15th.

According to an analysis carried out by the Energy Community, as many as 9 of the 16 large combustion plants in Serbia emit toxic substances in quantities exceeding the limits ste by the law. In its letter, the Secretariat of the Energy Community expressed regret for the failure by the Serbian government to implement the European Directive on large combustion plants, which entered into force on January 1st, 2018, also recalling that the Serbian government, despite repeated requests, has not yet adopted the National Plan for the reduction of pollutant emissions.

In response to warnings from the Energy Community and increasing pressure from public opinion, the Serbian government has announced that it will take urgent measures to reduce pollution, while President Vučić has announced that Serbia has signed an agreement with the Japanese Agency for International Cooperation (JICA) to finance the desulphurisation of fumes produced by thermal power plants in Serbia – interventions which, according to Vučić's words, should contribute "drastically" to solving the problem of air pollution.

Serbian thermoelectric power plants, the most polluting in Europe

Serbia has been plagued by serious pollution problems for years now. According to the data of the Environmental Protection Agency, the main source of air pollution in Serbia is represented by the electricity production and distribution plants. Analysing the work of the Serbian Electricity Agency (EPS), the Serbian Tax Council found – as stated in a report published in November 2019 – that none of the thermoelectric power plants managed by the EPS meets all national and European standards in environmental matters, which is why the EPS has become Serbia's biggest polluter.

In its report, the Tax Council explains that the plants managed by the EPS emit more sulfur dioxide per year than all the EU lignite plants combined, although they produce ten times less electricity than European plants. The Kostolac B thermal power plant alone emits about 130,000 tons of sulfur dioxide per year – more than all the thermal power plants of Germany put together. The report also stresses that in 2018 none of the facilities managed by the EPS had a fully functional plant for the desulphurisation of the fumes.

Director of the Secretariat of the Energy Community Janez Kopač stated that the amount of toxic substances emitted by the Kostolac plant is 14 times greater than allowed, while the amount emitted by the Nikola Tesla plant in Obrenovac is 4.7 times greater. Kopač recommended that filters be installed in these plants to limit pollution, however specifying that it takes years to make the desulphurisation plants functional and to reduce the emissions of polluting substances. Kopač also recalled that these interventions require, according to some estimates made by the Energy Community in 2013, a total investment of approximately 640 million Euros.

Questions that the state is unable to answer

Reacting to President Vučić's claim that the Serbian government had signed an agreement with Japan for the desulphurisation of Serbian thermoelectric power plants, some independent media recalled  that, as early as 2011, the EPS had obtained from the Japanese government a loan of about 226 million Euros, lasting 15 years, for the construction of ecological plants in the Nikola Tesla A thermoelectric plant in Obrenovac, near Belgrade. The Obrenovac complex is the largest electricity producer in South-Eastern Europe and covers more than 50% of the country's energy needs.

In 2016, the first five-year term of the loan from the Japanese government expired, during which Serbia did not have to pay installments or interest rates. Yet, as until 2016 the planned construction work had not even begun, the EPS had to pay a penalty for not using the money, the so-called commitment fee. However, Serbia did not only ask for loans from the Japanese government.

As shown by an investigation by the Center for Investigative Journalism of Serbia (CINS), in the past ten years the EPS has paid almost 15.8 million Euros in penalties for not using the 13 loans obtained from various banks and international agencies. The Tax Council has also warned of the irresponsible use of the funds obtained on loan, but to date the Serbian government has not provided any explanation as to why the interventions planned to raise environmental standards are slow or have not even started.

In the wake of public concern, the Serbian government has announced "revolutionary measures", including incentives for the purchase of electric cars and the replacement of fossil fuels with biomass. There was also talk of the intention to speed up the construction of gasification plants, to encourage the replacement of coal and diesel heating systems with pellet ones, to replace the filters in thermoelectric power plants, to introduce stricter rules on the technical controls of the vehicles, to ban the import of Euro 3 category vehicles, and to intensify forestry operations.

In the meantime, Serbian citizens can just check the pollution levels through the applications installed on their smartphones, wear masks, and hope that the wind will rise or snow will fall which could "clean the air" and dissipate the unpleasant smell. In these days, when the air was literally visible in the areas affected by pollution and many citizens showed on social networks and television broadcasts the dirt that accumulated for days on their balconies, the competent authorities did not deem it appropriate to make themselves heard and provide citizens with useful advice on how to behave. Health Minister Zlatibor Lončar said there was no cause for panic and that pollution could not cause serious health problems as it would be due to the increase in the number of cars in Belgrade.

There are still no official data on the health consequences of this latest worsening of air pollution in Serbia. Some doctors interviewed by the media said that the consequences will be felt sooner or later. When the fog disperses and the air cleans up, another theme can be expected to replace the fear caused by pollution. In a poor country like Serbia, environmental issues do not elicit intense and constant reactions, even when it comes to obvious threats to health, such as those caused by air pollution. Proof of this is the fact that a petition launched by a civic initiative to ask for clean air has so far been signed only by 14,000 citizens.