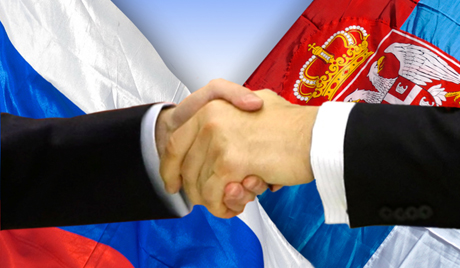 Serbian Prime Minister Ivica Dačić declares himself allergic to Brussels, while the new government grows more and more enthusiastic of Moscow. Data, however, show that from an economics point of view Serbia is very closely linked to the European Union, while pro-Russian sentiments are based on populism

Serbian Prime Minister Ivica Dačić is terribly sensitive to criticism from abroad, particularly from the European Union. On the occasion of the recent visit of Jelko Kacin, rapporteur for Serbia to the European Parliament, he commented the pessimism expressed by the EU official as follows: "I'm allergic to the fact that there is always some lecturer coming to Belgrade".

Kacin had said coldly: "This year there will be no date to start negotiations, the date will be assigned only when Serbia proves to be ready for the accession process". In addition to the usual problems, including Kosovo, Kacin had stressed the “cancer” of corruption as one of the first subjects of discussion during negotiations on September 23rd and 24th.

Although Kacin had stated in a television interview that "it seems that the new coalition government is ready to take concrete steps", the Serbian Prime Minister replied by saying that, with regard to the fight against corruption and especially the "controversial privatization" (24 cases) mentioned in the last report of the European Parliament, "Serbia does not need lessons".

Dačić is caught in the scandals that have hit on Serbia like hurricanes in recent weeks. The Agrobanka scandal, which broke out in early August, resulted in the arrest of several Serbian officials and revealed a number of suspected embezzlement and corruption cases, involving both the political and economic life of Serbia. Agrobanka, which was found to have a hole of 300 million, provided credits to companies on the brink of bankruptcy, without asking for coverage of the loans it dished out. The scandal has affected both politics, with rebounds of responsibility among political leaders, and the economy, exposing a neat little system, the "cancer" Kacin referred to in his speech.

It is yet to be proven and few believe, however, whether Serbia is invested by a sort of "Sanaderisation", with reference to the vicissitudes of former Croatian Prime Minister Ivo Sanader, behind bars for corruption. As of now, it is officers and managers of companies in bankruptcy who are behind bars and under the lens of investigators, i.e. the big fish remain off. And who would be Serbia's Sanader?

The “allergy to the lessons of the EU" goes hand in hand with the willingness of the new government to do everything possible to keep – and show off – good relations with Russia. First Mladjan Dinkic, Minister of Finance, attempted to move Russian funding for infrastructure to the budget, then Aleksandar Vučić, new Defense Minister promised during a visit to Moscow to build by the end of the year a large, modern armaments factory in central Serbia. As wrote ironically financial journalist Miša Brkić on the portal Peščanik, Serbia's expertise will forge weapons from the raw material of the steel mills of Smederevo, which should be purchased by Russia, and Russia will place them on the market (of course, in those countries where there is war).

But this is not all, as Minister of Transport Milutin Mrkonjić recently said that the Russians would be willing to become partners in the new aviation company which would replace Jat Airways, Serbia's national airline overwhelmed by debts. In addition to the reassuring words of Russian ambassador to Serbia Aleksandar Konuzin, who said Belgrade can count on further aid from Moscow, Russian Prime Minister Dmitry Medvedev promised an agreement for the supply of gas to Serbia (2012-2021 period) provided, however, that Serbia shelves the old debt of 30 million dollars by 2014.

Finally, as turned out a few days ago, at the next elections Serbian citizens will be able to vote for the newly born Russian Party of Serbia, whose prime objective is claimed to be the return of the Russian language in schools. According to the party's estimates, there would be 300 to 400 thousand  Russians in Serbia.

Much of Serbian pro-Russian sentiments are based on populism. The severe crisis in the European Union certainly increases the Euroscepticism of the Serbian public opinion – already pretty inclined, according to polls, to believe that Serbia's major donors are Japan and Russia. However, from 2000 to 2011, the EU donated to Serbia 1600 as much as Russia and China did in the same period.

The EU donated over 4 billion Euros, followed by Germany with just over 700 million, then by the U.S. with over 500 million. China and Russia agave, respectively, less than 1% of the total. "Over the past twenty years - writes Miša Brkić - Russia has not proven to be an investing power in Serbia, nor did it demonstrate the strength of its export potential on this market".

In the most difficult moment for Europe, it is understandable for troubled Serbia to go looking for "strategic partners", including Russia. However, "allergies" permitting, how much will this policy pay in the long run?