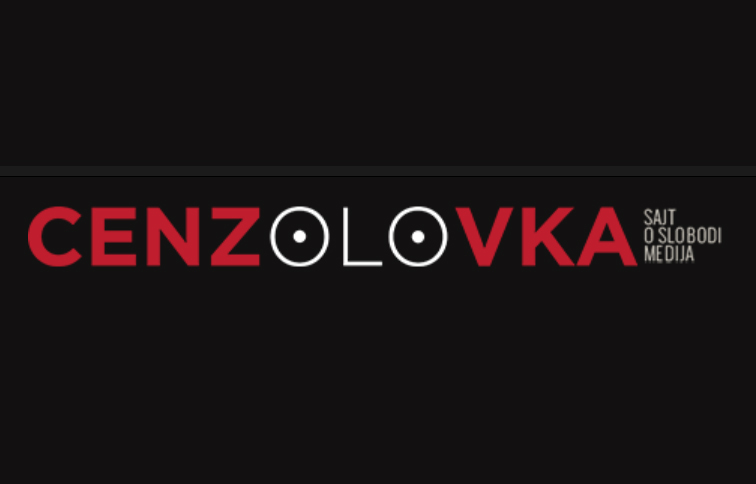 The Slavko Ćuruvija Foundation was established in November 2013 in Belgrade with the aim to preserve the heritage of the journalist murdered in 1999, and advance media freedom in Serbia. OBC interviews its executive director Ilir Gaši

What is the mission of the Slavko Ćuruvija Foundation?

The foundation supports local media, strengthens investigative journalism and offers education opportunities to young journalists. Besides that, the news portal Cenzolovka was established one year ago to compensate the lack of media coverage of press freedom in Serbia. Cenzolovka does not only target media professionals, but first and foremost the general public which needs to be informed about the role of the media in the process of democratic consolidation in Serbia.

One of the key problems of Serbian society nowadays is that the public has lost interest, motivation and willingness to fight for the freedom of the media and for freedom of expression in general. The Foundation works to get the public involved in the process of definition and implementation of media policies, with the ultimate aim to have media properly functioning as watchdog.

Which were the reactions to the launch of the foundation and of the news portal Cenzolovka?

The reaction of the readers has been so far very positive. We did not expect that the news portal would grow so quickly and intensively. Its success is a positive feedback regarding the work we are doing and how we are doing it, but it also reveals how there is yet no other source of information about press freedom in the country.

In a short time we have gathered a good number of skilled journalists that are contributing to Cenzolovka. These are professionals who had, for different reasons, either quit their previous jobs or decided to quit journalism forever. This tells us about the status of journalism in Serbia nowadays. There are very few outlets where you can write whatever you think is relevant.

How do you manage to engage the public on the issue of media freedom, given its lack of interest?

Regarding the choice of topics and the way to deal with it, we do not assume that our reader is an informed one, nor an interested one. It is our job to lead the public to read our work because it is relevant and important for them to know. We try to explain the issue at stake in a way that can be understood by people who are not media experts. This may sound patronizing, but people have lost interest and we shall start from this consideration. An informed public opinion is the precondition for the effective protection of the public good, and we aim to achieve that.

Journalism is also affected by a loss of trust from the readers. How is the situation in Serbia with regard to this?

The lack of trust towards journalism is a real fact in our country too, and for three good reasons. First, readers are disappointed because they expected that independent media would play a significant role in the transformation of the country. Instead, independent media have compromised themselves and the quality of their reporting during the past 15 years for various reasons – also economic ones. It was a slow and painful decline, which brought people to become deeply disappointed with the potential of independent media.

Second, readers have lost trust due to the spread of ‘tabloidization’ of the Serbian media, in the worst sense of the word. Tabloids are well present also in developed and consolidated democracies, but in Serbia at the moment they are exploring the depth of an immoral approach to media reporting.

And the third reason is the lack of media education. Citizens must be able to approach and select news and they need an educational path for doing this, but most of them do not learn that in schools.

How has the situation of media freedom changed in Serbia, since Slavko Ćuruvija’ death?

Journalists today are less targeted by physical violence: from this point of view they are safer than in the past. Yet in the meantime other mechanisms of pressure have been developed that are less traumatic and less visible, but equally effective.

Physical violence against journalists in fact did not completely disappear from the scene: an investigative journalist, Ivan Ninić, was recently assaulted by two men outside his house. And several media outlets in the country did not even report about it. There has not been the minimum amount of solidarity needed to report an attack against someone doing his job in a very respectable way, and this is telling about the lack of solidarity within the profession.

Besides violence, alternative mechanisms of pressure are even more pernicious because they are more difficult to identify and to cope with, hence more dangerous. There are different forms of pressure, first of all the economic one. The principle is extremely simple: financial resources are a prerequisite in order to produce media content. In most of the cases, people with money would use it to exercise control over media contents, both at the national and local level. This takes place through state advertisement or state support of different kind, but also through commercial advertisement since there are close ties between private owners, politicians and advertisers. There is a very dense network of connections in place – invisible to the public – allowing to exercise power and to control money flows towards media. In a small market such as the Serbian one, this inevitably affects the freedom of the media.

Nowadays, quality journalism in Serbia is produced mostly in the non-profit sector, through donors’ contributions – but this is not a sustainable situation. The Ćuruvija foundation strives to change this picture, promoting strategies for good journalism to become self-sustainable. A first step in this direction requires increasing the capacities of local media to earn money on the market without compromising the quality of their reporting.

There are several outstanding journalists in Serbia, and I receive confirmation of this whenever I travel to small places and I meet journalists who have not seen any salary in the last 6 months, but are nevertheless still doing their job and carrying out the most dangerous research.

What are your expectations regarding the ongoing process of privatization of state-owned media? Are you positive about the potential outcomes of this process?

It is still too early to judge how the process is being carried out and its outcomes. There is still little information about the people who are buying these media. So far, the only thing we know is that some media will disappear because there are no interested buyers.

Beforehand, many media owned by the state were used as an instrument of propaganda. At the same time there were very good media outlets in the private sector affected by the unfair competition with subsidized state owned media Private media were not in the same starting position as state-owned media.

In this sense, privatization may somehow improve the situation. As a friend usually says: “Institutional channels to exert state pressure and control over media have now been removed.” Of course this does not mean that the state and the owners of political power will not try to find other channels of pressure, but it should be at least slightly more difficult. And this small improvement means some progress already.

Laws by themselves do not resolve the problems, but there are things that you can only do when there is a law in place. And that is why this law was important, although it can be argued that some media could have been preserved, such as the regional public service media. Now there will be only the national media and the one for the autonomous region of Vojvodina.

What is your opinion of the way in which the refugee crisis was confronted by the media in Serbia?

Nobody was prepared – not Serbian journalists, and not even the EU – and surprisingly so, because somehow it was to be expected.

The initial reaction of Serbian media was terrible, with a combination of xenophobia and tabloid approach.

Media were riding on the fear of the other, the diverse, of Islam, which is in no way typical of Serbia only. Serbia has suffered a lot during the 1980s and 1990s, with the rise of nationalism and the sactions, and because of this its society has become a very closed one. This somehow creates a fertile ground for media to turn the public against refugees.

What is significant is that at some point the Prime Minister Aleksandar Vučić adopted a positive stance towards refugees, and all of a sudden all media decided to follow. This is telling, as it shows how the media function in Serbia: there was no need to put direct pressure on the media to change their approach and coordinate it with the prime minister. They know what they are expected to do, or they are ready to guess. All of a sudden we had stories showing empathy toward refugees, understanding what they went through, who they really are. The quality of information for the public opinion improved. But I do not think that this kind of reporting is the result of higher ethical standards, it is rather the opposite. It is simply following what it is presumed that the government would like to hear and read.