Will Romania and the next EC get along? 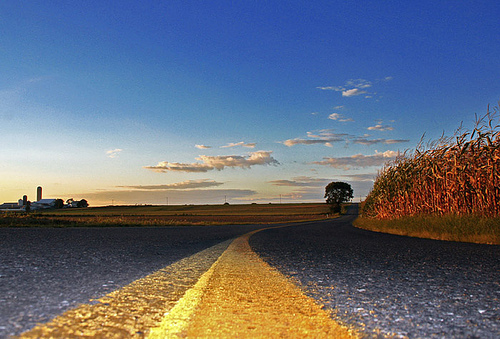 Radu Carp is a Public Law and Political Science professor, vice-dean of the University of Bucharest's Political Science Department, a respected lecturer, and the author of several important studies. Osservatorio spoke with him about Romania's relations with the European Commission

Mr. Carp, why does the European Commission, in its assessment reports of Romania, the most recent of which was published at the end of July, consistently highlight the Romanian parliament as a problematic factor?

The explanation is quite simple. First of all, it is always the same people from the Commission who keep in touch with the Romanian authorities and therefore they tend to pinpoint the same problems over and over. The big problem with these reports is that there is no mechanism through which their conclusions can be enforced. Of course, there is the risk of Romanian court sentences being declared void across the European Union - the maximum sanction provided for.

For the general public, it may not seem like a big deal, but there are large companies investing in Romania and for them is of extreme importance that court decisions they obtain here be valid throughout the EU at all times. Such a sanction would have an immediate effect on the Romanian economy. This is why there is a big interest in the judicial system being improved and this is why the "safeguard clause" was conceived as it was.

Now, why does the report once again tie Romania's persisting problems to the parliament? Of course, there is a big focus on high-level corruption cases involving current and former ministers, for example, the investigation of which needs the approval of the parliament. There is a fundamental problem here which cannot be solved easily. Of course, the report does not include recommendations. As they are, reports cannot do that, but if we read between the lines, the Commission is telling us that there must be much more precise deadlines for deciding on the beginning of criminal investigations of ministers. This cannot be solved unless by way of a legislative modification, or even one of the Constitution - something that is up to the parliament.

What do you think will happen from now on? Will there be something similar to the "safeguard clause" to keep the country on the right path to reform?

This was the last report that could have recommended triggering the clause. It is possible that the new European Commission will invent a new mechanism for monitoring Romania. The door is open. The last report did not say the current mechanism cannot be changed. Moreover, I am convinced such a thing will happen. It is possible that we will witness a similar mechanism to the "safeguard clause" being implemented because problems do persist. Two years after Romania's accession to the EU, justice-related issues are still on Brussels' agenda, and also on ours.

A considerable step forward in this area, by the way, as the Commission sees it, will be for the High Court of Justice to issue guidelines for corruption penalties. This could help all the courts in the country to treat similar offences equally. This would fix a major problem in the judiciary system: a court in one city may apply one penalty while the court in another city might assign another penalty or not assign one at all. Courthouses will not be obliged to follow these guidelines, but they could very well be a kind of "good practices" code.

If we look at the persistence of similar problems in countries like Bulgaria and Romania, do you think the executive powers bear any responsibility for constantly slamming the breaks on reforms? Are coalition cabinets like the one you now have in Romania an obstacle for smooth governance?

Coalition governments are successful when the governing programme - the government's structure, and so on - have already been negotiated. In Germany, for example, the current government is a coalition government dating back to 2005...and it took three months to form it. This did not happen in Romania. I am not saying that automatically leads to instability, but such an understanding of collaboration must be negotiated for a long time and there are countries that can afford this luxury. But states that have many more problems to solve cannot afford that. There is another problem. Each party in a ruling coalition wants to somehow preserve its identity. Let's not forget that in countries like Bulgaria and Romania, the president is directly elected by the people, so the parties supporting the candidates have an interest in not losing their individuality, especially in the period between parliamentary and presidential elections. And there are presidential elections on the near horizon for Romania - at the end of this year.

Do you think that Romania and Bulgaria are negatively impacting the chances of other candidate countries for European Union membership, like Croatia or Turkey?

I would not relate what is going on in Romania and Bulgaria too much with the polemics of enlargement. I don't think the European institutions or states want to point our countries out as an excuse to block the enlargement process. If they wanted to block it, they could do it based on other criteria. Of course, there are political parties around Europe which publicly pronounced their opposition to our accession. But those are not the official positions of those states. I would rather call them channels of communication which try to, on the one hand, make Bulgaria and Romania adhere to certain reforms and, on the other, make countries which want to join the EU accelerate their pace of implementing reforms. Besides, these states are confronting different problems. Romania, for instance, faces high-level corruption. Bulgaria is more concerned about fighting organised crime while in Turkey one of the major issues is the very weak level of judiciary independence from the political arm.

Do you think that Romania or Bulgaria can obtain more influential standing with the next European Commission?

It is possible that our role will be more important than in 2007. I don't know about Bulgaria, but what worries me in the case of Romania is that we gained quite a few important seats within the European Parliament's commissions. As far as we know, the negotiations on the structure of the Parliament and the European Commissions are formed "in package", meaning that the countries that get more seats in the EP receive less within the Commission.

Of course, electing commissions' members and commissioners is much more complex. You are not going to get the weakest standing - that is not what I want to say. But when the issue comes up, for example for Poland which was awarded the position of President of the Parliament, it is obvious that they are going to receive a less important standing for their commissioner than the one they got in 2004: that of Regional Development. So, in order to predict which offices will be delegated to which countries in the EC, one should pay close attention to which roles have been assigned within the European Parliament.