Why were the East Germans taking the Romania route to West Germany? 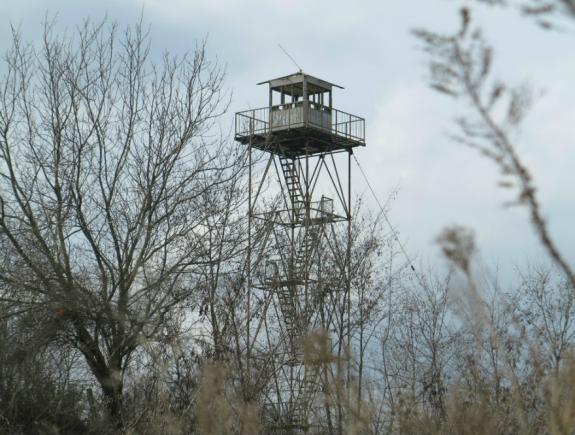 At the beginning of the '60s, one of the missions the STASI officers had was to keep tabs on the East Germany citizens who spent an extended period of time in Romania

When we launched the media campaign covering the defectors of the Communist regime, we also embarked on sifting through all the details of the mass-phenomenon of people attempting to flee communist Romania.

During our investigation we discovered that we had to widen the circle of likely victims to nationals of other countries. Fate had it that other people living in the communist camp of nations attempted to flee to the West using Romania as a springboard. And most of them were from East Germany. But there were other nationals too, and their failed attempts are on file in the records of the intelligence offices of the former East Germany (The STASI) and the former Socialist Republic of Romania (The Securitate).

At the beginning of the '60s, one of the missions the STASI officers had was to keep tabs on the East Germany citizens who spent an extended period of time in Romania, be they tourists, students or professionals on exchange visits. STASI had the goal to circumvent any attempts at using Romania and its neighbor, Yugoslavia, as a springboard towards the West, explains researcher Georg Herbstritt.

The STASI informants reported, among other things, that some East-Germany citizens asked Romanian citizens for help to illegally cross the border to the West, either via Yugoslavia, or via Istanbul, Turkey.

Georg Herbstritt authored along Romanian researcher Stejarel Olaru a very interesting book titled „STASI and Securitatea”, which delved into the relationship the two secret police offices were having and confirms the fact that one of the most difficult political situations the Democratic Republic of Germany was confronted with was the desire its citizens had to flee to the West.

During the first 12 years since the formation of the separate East German communist state, that is from 1949 to 1961, when the Berlin Wall was erected, over 2.5 million people fled to West Germany via West Berlin. However, after the dividing wall was built, the whole situation changed for the people who still wanted to flee the communist state.

Many readers, just stumbling upon the facts still valid a quarter of a century ago, asked why the some 800 East Germans on record for taking the Romania route towards West Germany did that? They were just one step away from West Germany, were they not?

The erection of the Berlin Wall blocked the escape route. The Wall was well guarded and escape attempts ended up in fatalities. Of course, attempts at jumping over the Wall did not end. But new escape routes came up in the people's mind.

To East Germans, Romania seemed like a perfect such route, having the Danube and the Black Sea as borders. They also fathomed that other borders were not as strictly guarded as their own.

They were proven wrong.

Of the about 800 East-Germans attempting to flee via Romania, only some 250 made it to the West, and only a few were killed.

The 9th Division of STASI cooperated with the Romanian Securitate. The latter sent the first all documentation regarding East-German defectors who were arrested in Romania and were subsequently handed over to the German State. Be they caught by the Yugoslavian or the Romanian authorities, the agreements between the communist states was that defectors always had to be sent back to their country of origin.

Stefan Appelius, a German researcher whose field of study is the relationship between STASI and communist Bulgaria, found records documenting many cases involving East German defectors caught in Romania.

„The Romania-route as an escape route from East-Germany was a well known one. In the summer of 1981 even the 22-year old nephew of the deputy-head of STASI, Markus Wolf, attempted to defect to Western Europe via this route. The attempt of the young medical school student ended up with him being imprisoned, but that only goes to show how much were united, in their hope to find a less perilous way towards the West, people from all over Eastern Europe, be they Romanian, Czech, East Germans or Russians.

That was a dangerous hope people were harboring, for it brought many of them to their death. To trace all crimes committed along this very long and invisible wall between communist countries is a very difficult undertaking and one that requires a lot of time. It all comes down to evaluating single events and finding direct links between victims and perpetrators. We are just at the beginning of this huge task of documenting the flee of East Germans over Romania's western border. This has much to do with the fact that both Romanian and Bulgarian authorities have a different take on how the data should be processed”, states Stefan Appelius.

This German researchers, much like us, Romanian journalists, has a big complaint to make:

„The documents are not properly taken into account, credited; often times they are simply ignored. Bureaucracy puts further hurdles in accessing the records, turning them into unattainable cliffs to a German researcher. Sometimes the very existence of files is denied, though unofficial investigations prove the records are on file.

An envoy of the German Federal Government traveled to Romania and Bulgaria shortly after 1989 to officially investigate the fate of East German citizens who either disappeared or were killed in these two countries.

He came back empty handed, with data of no consequence that wrongly labeled Romania as not being liable. This is why the need to properly identify documents and facts stays. One can assume that the proper evaluation of facts and documents on file, both in Romania and Bulgaria, would bring to light the true fate of many young East Germans killed at the borders while attempting to defect”, says Appelius, who specialized in the illegal crossings at the Bulgarian borders, by East German citizens.

Defecting was not relegated to communist Romania only. Bulgaria keeps the record of making the highest number of East German victims among the latter country's defectors.

The word goes that East Germany paid the Bulgarian State for each execution at the border, of its citizens attempting to flee via Yugoslavia or Greece.

Both Bulgaria and Romania have not provided an accurate account on the human lives taken at their borders, by guards, during the communist regime. 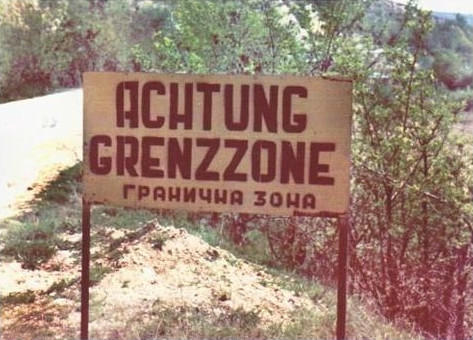 The locals talk about victims of many nationalities: East-Germans, Poles, Czech, Hungarian and even Romanians who attempted to reach the West via the Bulgaria-Yugoslavia route.

The STASI archive shows that for each East-German attempting to defect using the Romanian-Yugoslav border, eight used the Bulgarian border, and ten used the Hungarian border. At the time, the Bulgarian border with Turkey and Greece was heavily guarded, as these two countries belonged to the Capitalist camp of nations.

At the border, the end of the Bulgarian territory was marked with German language signs: „Achtung Grenzzone!”

Beginning with the '50s, Bulgaria had well guarded borders, which had a restricted zone 15 km wide inside its territory. Two kilometers inside the border, a three-meter high fence was erected, to look like a final hurdle in the way to freedom, but in fact it was just a decoy - an electrical wire sent the signal to the border-guards' house and the patrolling soldiers.

As in Romania's case, most of the dwellers in the Bulgarian border villages collaborated with their intelligence services. The propaganda in Bulgaria, as in Romania, depicted defectors as „terrorists and Western spies”, feeding a full fledged psychosis targeting them.