Fleeing Romanians: Who Clipped Their Wings in Mid Flight?

Fleeing Romanians: The reenactment of an escape route 19/10/2016 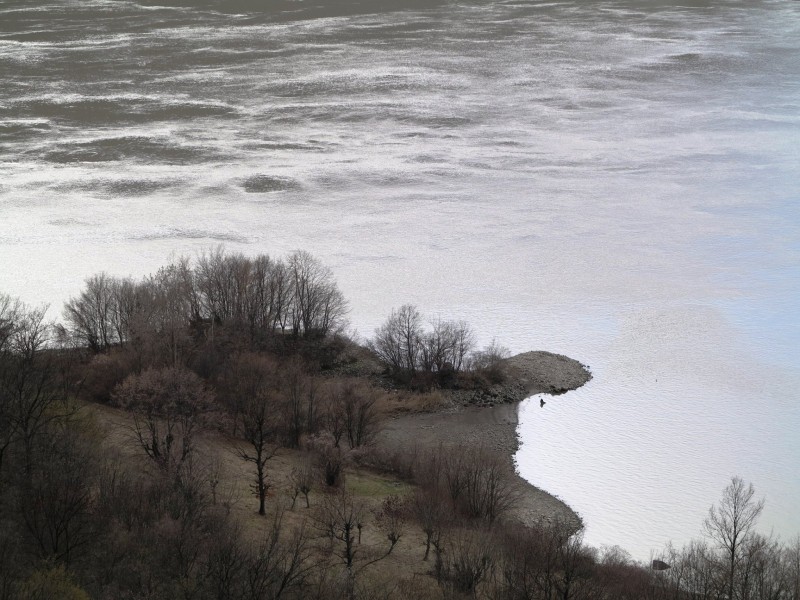 The Danube river in Serbia. A dream for many. Photo: Bogdan Constantinoiu

Romanian “border jumpers” tried to flee the Communist regime, often paying with their lives. After 26 years, this issue remains a black hole in the history of the country

(Originally published in Romanian by miscareaderezistenta.ro on March 15th, 2016. This article is part of an investigative series developed within the "Reporters in the field" program, funded by the Robert Bosch Stiftung, in partnership with the Berliner Journalisten Schule. A selection of the articles issued within this series is now also proposed to the readers of OBC Transeuropa)

The late 80's in Romania was a time of acute exacerbation of all systemic problems caused by the Communist regime, which had taken over the country four decades before. The people were deeply resentful for the severe drop in the standard of living, the curtailment of civic liberties, the international isolation of the country, the erratic state policies and the every-day abuses; many felt they were drawn to the brink of despair.

Freedom, as penned in the Universal Declaration of Human Rights, to Romanians meant only defecting to the West. Beyond the water border of the Danube River; beyond the land border – finely plowed to catch the trail of anyone stepping on it; beyond the waves of the Black Sea – only there was the place of freedom to be found.

Some turned this quest for freedom into a personal obsession, and age had nothing to do with the actual pursuit of getting beyond the border. This may explain why many of the border jumpers were minors. It is easy to judge them in hindsight as reckless youngsters in search of an adrenaline high. As it is hard to imagine how walking in their shoes might have been, and relive those times of a fenced-up society, when you living now, and are this educated adult, who has access to education and information, and had acquired a discerning insight, and has freedom of choice on the aspects of life they did not...

Documentation Papers As Their Only Valuables

They trained and toned their bodies, they collected information, they got maps, they got money, they contacted guides, they swam laps after laps, they got their papers ready and they dared to hope. Those who left swimming over the Danube had their papers tied to their bodies, in plastic bags. That was their whole fortune. The luckiest ones had family or friends in the West, and having their contact details on them was to defectors their ticket out; it gave them some assurance that they would not be returned to Romanian authorities.

By the '80s, the dream to defecting was a mass-one, and many of us cherished it in silence, for anyone made privy to our escape dreams or plans could have turned out to be a snitch. The ugliness of the political system was most obvious in these devilish details: who snitched on whom back then? Many of the former border jumpers, who went over their Securitate files – now in the custody of the National Council for the Study of the Securitate Files, or CNSAS –, were stunned to find out the snitches were their own relatives, be they spouses, children, brothers and sisters, or in-laws, and also neighbors, co-workers, friends or priests.

Tracking the human ugliness oozing out of the CNSAS files would merit a journalistic investigation of its own … It is impossible to feel otherwise, while sifting through those files …

Youngsters – some of them minors, grown-ups, and even people past their prime – they all came to believe death on the border stripe of land, or in the Danube River were a better option to living in the cage Romania had become. Fleeing the country was a dream worth pursuing for many. The result? After 1985 Romania was faced with an unprecedented migration wave, of its own people willing to jump the border at all costs. That human hemorrhage was trickling over the border since 1948-1949, but never at the levels recorded in the late '80s.

To legally immigrate was not an option, except for the rare cases of people able to claim their right to permanent family reunion. Freedom of movement in communist Romania was not restricted only for traveling abroad, but also inside the country, as traveling to border localities had to be justified and notified to authorities. 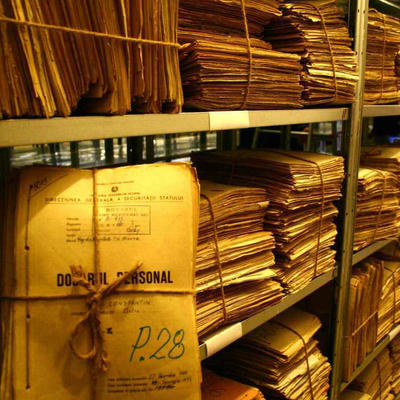 The legal one-way out of the country was also an option for ethnic Germans and Jews, but at a price: the Federal Republic of Germany and Israel were paying for each individual who was allowed by the communist regime to leave Romania.

The others, left with the option of fleeing the country illegally, either on foot or swimming, were simply the border jumpers.

Many of those defectors, however, did not survive their attempt to escape to freedom. They died by gun shots fired by the border guards, beaten to death, or drown in the Danube River.

Jumping the border was a criminal offense, under the communist-time Penal Code. Those attempting to do the deed, who were returned to Romanian authorities by the neighboring communist countries, were charged under Art 245 in the Penal Code, and faced prison time penalties of six-month to three-year long. That article was repealed by Law-Decree 12, of January 10, 1990 , practically days after the fall of the Nicolae Ceausescu regime.

Witnesses, but also statistical data, show that the Romanian-Yugoslav border was the bloodiest in Europe, between 1988 and 1989. Following closely in this ranking was the Bulgarian-Yugoslav border, were a lot of people fell victims – particularly East-Germans – while jumping borders in their attempt to reach West Germany.

Foreign media, and particularly Radio Free Europe, were keeping the Romanian defectors in focus. These were the true information channels Romanians got their news from, to find out what was going on behind the Iron Curtain. On Radio Free Europe one could listen to letters sent by defectors succeeding to jump the border, or letters sent by families distressed for their loved ones disappeared after attempting to leave the country illegally.

The foreign media was very vocal on the topic, and after 1985 the Romanian border was already coined as the bloodiest in Europe. Newspapers in Hungary and West Germany carried in-depth reports about Romanians killed at the border, while attempting to cross it.

The Hungarian daily Magyar Hirlap wrote in 1988 that 4,000 Romanian citizens jumped the border during that year to Hungary. The West German publication Niedersachsische, in its December 30, 1988 issue, wrote about Romania's border as the bloodiest in Europe. While the Frankfurter Allgemeine Zeitung stated that some 400 defectors would have been shot dead by the border guards during 1988; the article was picked-up by The Oregonian , and carried the title “Romanian refugees deserve to be recognized as such”. Also, the Vecernie Novosti newspaper in Yugoslavia, carried several articles on the Romanian defectors jumping the border, and put the number of those killed during 1989 to over 4,000 people!

A Black Hole In Recent History

Twenty six years passed since the demise of communism, and the Romanian State has still to come up with an official stance on the matter of defectors being killed, or arrested and subsequently abused by authorities, after failing to jump the country borders.

This is a genuine black hole in Romania's recent history; it is a collective wound left untended to; it is “a moral meningitis”, as one former defector put it – this cannot be without consequences. This is one of the reasons we, as a nation, cannot move forward.

Defectors were killed at the border all the time, during the communist regime, but the peak was reached in the vary last years of the regime: 1988-1989. People who gave the orders back then and people who over-zealously executed them are still around; are still able adults. No one ever kept them accountable for their deeds.

The authors of this journalistic investigation managed to find out about a single case of a border guard being brought to justice and convicted for killing a defector, while jumping the border. That story we will address in one of the subsequent articles of this series.