Fleeing Romanians: The Story of Those Who Made It Over the Border

Fleeing Romanians: The reenactment of an escape route 19/10/2016 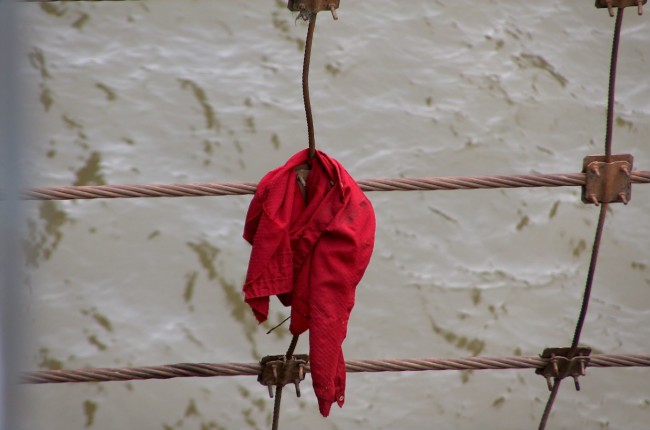 If only the nets at the Iron Gates Power Plant could tell how many dead bodies of border jumpers they fished; by Bogdan Constantinoiu

(Originally published in Romanian by miscareaderezistenta.ro   on March 15th, 2016. This article is the second part of an investigative series developed within the "Reporters in the field" program, funded by the Robert Bosch Stiftung, in partnership with the Berliner Journalisten Schule. A selection of the articles issued within this series is now also proposed to the readers of OBC Transeuropa)

In present day Europe, news of thousands of people fleeing their countries attempting to entry Europe do not cease, becoming more alarming and tragic in the past year or so. The European states seem unable to deal with the problem, many of the decisions taken at national level coming in conflict with those taken at the European level of decision-making; hence, not even the issue of instituting “quotas” of refugees each country should adopt was settled.

Some nations close their borders and lift up fences, thus doing away with political agreements that gave Europe its feel of a continent of mutual understanding and brotherhood. Barbed-wire fences are up again – the very same barbed-wire fences we thought were never to divide again our continent, 27 years ago, when communism fell.

Europe of 27-Years Before

How was it? How did Europe look back then? And how did we look like? Well, as hard as it may come now to believe, 27 years ago border jumping over European borders not only was accepted, but also encouraged. Western European states, in particular, were positive about this actions, which seemed justified, for allowing their European brethren get to the freedom of the West, after being relegated to living in oppressive communist regimes by an accident of history.

Back then, those who helped others border jumping were the good guys, who fought thus their own fight against the Devil, be it called the Romanian Securitate, the German STASI, the Soviet KGB, or other such communist regime service.

Over a period of some 20 years millions fled the communist countries in Europe. From the former Democrat Republic of Germany alone, some 2.7 million Germans fled to the Western Federal Republic of Germany, between 1949 and 1961. Thousands of people paid a dear price when their attempts to get over the border failed: they were beaten up, imprisoned, and their civil rights and lives were trampled on. Hundreds did not survive their attempt to flee to freedom. They ended up on the bottom of the Danube River, or shot on the “no man's land” stripe of land by border-guards, justified in their action by the country's laws and the propaganda which described the border jumpers as traitors.

Romanians, in their hundred of thousands, wanted and attempted to flee the communist regime between 1949 and 1989. They would have done anything for this. Some paid large amounts of money. Some paid with their lives. Many found their final resting place in the neighboring countries, after being fished out of the Danube River, with forensic doctors in these countries recording the condition of their bodies and the reason for their death. Yet, their remains still have to be identified and those responsible for their demise have still to be held accountable. For the Romanian State, 26 years after the communist regime ended, still did not deal with this issue.

Along Romanian citizens, many from East Germany, Russia, Czechoslovakia or Bulgaria also found their end on the Romanian border, while attempting to cross it to Yugoslavia, which, at the time, seemed like an easier way to Western Europe.

The stories the surviving border jumpers tell are chilling. The grit some showed may seem borderline to insanity. The succession of events looks pulled out of a movie script. Some accounts are so extraordinary they seem out of touch with reality and prompt the journalists to keep up their guard against being played on. It is overwhelming to the writers documenting these stories, since they lived during the same communist regime, and shared part of the experience, aware of the facts occurring, and yet never fathomed their true dimension.

Sifting through the files of the former secret services, border-guard units, army, police and courts could bring up to light the full picture, albeit in the cold, clinical voice of the bureaucratic lingo.

But these archives are seldom open to the general public, journalists or researchers.

That being said, we are unabated!

We are two investigative journalists with the miscareaderezistenta.ro . Our names are Marina Constantinoiu and Istvan Deak. And, in spite of “friendly” pieces of advice to drop the topic, we got mainly from quarters we did not ask advice for, we attempt at making the topic of border jumpers one worth debating publicly; we aim to achieve holding accountable those responsible for such huge loss of life, in literal and metaphorical sense.

We, as a nation, must achieve that fair and comprehensive recording of the facts, of the people dead and missing while attempting to jump the borders; we must grant those imprisoned on such charges the status of political prisoners.

Our current attempt at unraveling the truth has the financial support of the Robert Bosch Foundation, and the collection of such personal testimonies on the miscareaderezistenta.ro will not cease, as long as arriving to the truthful account of the past will hold meaning to us all.