Romania: the stigma on migrant mothers 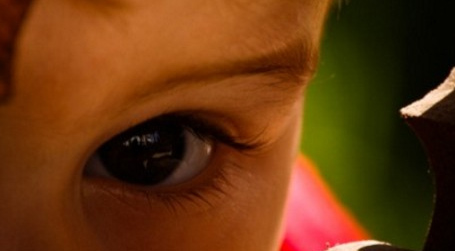 Romanian women having to look for work abroad are often accused in their country of abandoning their children. The picture, however, is more complex

Starting from the 90s onwards, Italy has witnessed an increasing migration flow from the Countries of Eastern Europe and, in particular, Romania. This flow increase followed as the the Socialist system collapsed and the population rapidly grew poorer and poorer because of political restructuring, the adoption of neo-liberal economic policies and the dismantlement of the Socialist welfare state.

In 2011, the Romanian community had 1.072.342 residents in Italy. It is slowly settling in, but constantly underpinned by a circular migration flow: those who left Romania later go back to their homeland, and others, like the “carers”, leave on a purposely temporary basis.

This article is part of a research project by the Italian anthropologist Cristina Bezzi: Transnational welfare between Romania and Italy: new forms of inequality and social cooperation, carried out with the support of the Fondazione Cassa di Risparmio di Trento e Rovereto

Following an ever growing demand in the care-giving sector as the population in Europe is progressively aging, many Romanian women have left to seek work as family assistants, leaving their children and families at home. Women coming from rural households or areas where jobs are scarce and poorly paid have found migration to be a chance for improving their conditions, as well as their families'.

The migration of women has also led to huge changes in couples gender relations, questioning the structure of the patriarchal family and its traditional assignment of roles. Many women have indeed abandoned their customary caring role and have become the household providers, a role once reserved only to their husbands.

This shift in roles has also led to strong social stigmatization and condemnation of these women. Their departure is often perceived as the cause of the family breaking up, and their behavior is seen as unscrupulous towards their children who, according to this point of view, are being “abandoned”.

The Romanian scholar Foamete Ducu has analyzed the ways in which transnational motherhood is carried out through state borders. She has noticed how in Romania, female discrimination occurs both on the micro level – within the communities they belong to- and on the macro level, through building a negative social perception fueled by media discourse.

The scholar has demonstrated how in many of the cases she analyzed in various rural towns in Romania, we cannot consider this as abandonment. As a matter of fact, despite the distance, mothers maintain an educational and emotional bond with their children, who are cared for by other relatives, such as grandparents, sisters and cousins who contribute to supporting female migration. This practice was quite widespread in rural areas even before the migration flows when, due to lack of early childhood services, children were cared for by their unemployed mothers or female siblings.

The rapid growth in unemployment following the collapse of state industries has had a heavy impact on the male identity, largely structured on being fulfilled at the working place. Consequently, this has often led to an increase in alcoholism and domestic violence.

In spite of this, and following the feminization of the migration flow, the father figure has been called upon to take on a more active role in educating children, although often supported by other figures. This way, as Foamete Ducu notes, men can maintain a certain power within the couple, even though they are no longer the main family providers.

The social stigmatization of migrant mothers

In the past few years, children who are left behind have become the stinging focus of the Romanian media, causing quite a stir, especially because of cases of suicide amongst minors whose parents were abroad for work. If on the one hand a minor committing suicide is in itself alarming, socially speaking, on the other, tracing the causes of this gesture solely to the mother being away is rather hasty and bold.

The emphatic tones used by the Romanian and the international media have often contributed to creating a negative perception of migrant parents, in particular of migrant mothers, and to depicting the children left behind only as victims.

An article on the New York Times on one of these suicide minors captured the interest of social scholar Rhacel Salazar Parreñas, a professor at the University of Southern California, who has spent the past few years analyzing the phenomenon of Filipino women and their left-behind children.

The sociologist criticized the article, which calls the migration of Romanian women a 'national tragedy', the cause of the collapse of the family and of the abandonment of many children, who are depicted as having psychological difficulties in many cases leading them to the extreme gesture of suicide.

Parreñas observes how migrant mothers, even Romanian ones, are unfairly accused of abandoning their children, a phenomenon that repeats itself against Filipino women and, as observed by many other scholars, in other countries characterized by a high percentage of female migration, such as Moldova, Poland and the Ukraine.

According to the interpretations of the author, within the process of social transformation of the past decades, while the women try to reconstruct their motherhood through working migration, their societies resist this social transformation and limit the role of these women to an ideology that only sees them within the four walls of their household.

Children left behind. How to approach the issue?

The phenomenon of children left behind in Romania, as well as in other Eastern European Countries and the world in general, needs urgent attention. It is, however, essential to avoid paternalistic discourse and remember that these children are backed up by families who have chosen migration as a strategy to cope with the political, social and economic transformation of their Country.

The detachment between mothers and their children, particularly in societies where women play the main role in their care, has extremely high social and emotional costs. This, however, should be read within a wider context of the multi-level transformation these Countries are undergoing.

Moreover, the living conditions of the left-behind children vary greatly according to their family background and they do not necessarily worsen after a parent migrates. The children who can count on the solidarity of the extended family suffer less because of the distance of their parents, who migrate with the aim of improving their living conditions. The cases of strong social and emotional malaise are not related solely to a parent or both parents leaving: they are, indeed, caused by a concurrence of pre-existing factors: economic and emotional want, parents' alcoholism, families having weak bonds or falling apart.

It is thus important to consider the phenomenon of children left behind avoiding the stigmatization of those mothers and parents who decide to migrate to support their families. It is also important to ponder how these transnational families can be supported on a national and European level, favoring - not hampering - their mobility, as well as supporting measures to unite and reunite families.