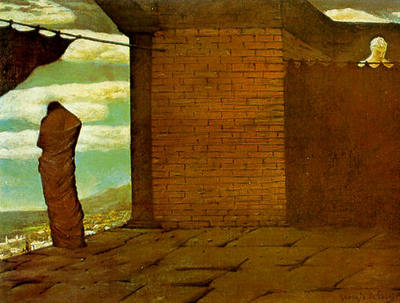 As presidential elections approach, Macedonians have become embroiled in a heated debate over who they are. The "identity issue" will clearly be a thorny one in the upcoming campaign. And while VMRO revives the myth of Alexander the Great, many Macedonians are still perfectly comfortable with their Slavic roots

In his last book, "Who are We?", Samuel Huntington, who passed away in late December, pondered the future of American national identity in the face of strong migratory inflows from the southern part of the continent. He suggested that American identity is bound to transform.

These days, probably more then ever before, even though it's hard to imagine, Macedonians have become embroiled in a heated debate over who they are. While Huntington wondered where Americans were headed, Macedonians are wondering where they have come from.

At the same time, it announced the revamping of an idea (already a few years in the works) to build a gigantic monument of Alexander the Great in Skopje's main square. The monument, which is said to have already been built in secrecy, is rumored to be around 30 meters tall - a height which would dwarf all nearby edifices.

These are but the last dazzling episodes in the saga which repeats itself every time the VMRO comes to power - the quest to magnify the greatness and antiquity of the Macedonian national identity.

Soon after rising to power in 2006, the government renamed the Skopje Airport "Alexander the Great Airport" despite bitter objections from the Greeks and in clear breach of the Interim Accord of 1995 which ended the Greek embargo and normalized relations between the two countries. Then, a smaller square in the center of Skopje was named "Pella" (the capital of the Macedonian Kingdom at the beginning of the 4th Century BC), a boulevard was titled "Alexander the Great," a statue of the same emperor was erected in Stip, and so forth. Toponyms evoking antiquity have sprawled across the country.

The word for this is simple - nationalism. It is no different from other Balkan nationalisms, nor is it more educated. It is only, perhaps, more belated?

TV shows have been re-emerging professing the greatness of the Macedonians, their ancient roots and glorious history. People appear on some of these shows who, in their right minds, grieve for the loss of ancient Macedonian empires and so forth.

This has always been the pathos of right wing Macedonian nationalists, only this time it has perhaps gone too far. Ever more public figures have started stepping forward to denounce the "ancient Macedonia" concept.

Though hard-working and reformist when it comes to the economy, the VMRO government has definitely hurt its strong approval ratings with the polarizing effect of the cultural values it promotes. Many people who appreciate the party's economic reforms and fight against corruption simply do not feel themselves to be descendants of Alexander as VMRO disciples do. For many, it is just nonsense. But this has always been the problem with nationalism. A few loudmouths sneak to the moral high ground through the crosscut of patriotism and force everyone else to keep quiet at the risk of being labeled non-patriot (liberalism sometimes functions in the same way.)

With the presidential vote 6 weeks away, it is already clear that the issue of "Macedonian identity" will be a thorny one in the upcoming campaign.

Ljubomir Frckoski, presidential nominee of the opposition party, the Social Democratic Union of Macedonia (SDSM), has accused the government of looking towards Pella (the birthplace of Alexander the Great) instead of towards Brussels.

According to Frckoski, the government's agenda to force the de-Slovenisation of Macedonians will not succeed. "We will not give up on Cyril and Methodius, Clement, Naum and our cultural origins," he said. "We are Macedonians, not Macedonoids."

"By using cheap populism, media manipulation, and abusing the patriotic feelings of the citizens, the current government has been conducting a systematic action, not for preservation or affirmation, but for re-defining our national code and identity," said President Crvenkovski in a recent debate. "Entire historical eras upon which our identity is founded on and which we should be proud of are being sidestepped or minimized and everything is being tied to only one part of the history: that of ancient Macedonia," concluded Crvenkovski.

Yet Frckoski suggests that the "reach for the ancient" is not a complementation but an attempt to replace Macedonian identity and its Slavic roots - a potentially dangerous political concept.

The idea of a colossal Alexander the Great on the main city square is probably more than many moderates and non-nationalists can take. In a cynical column, political commentator Erol Rizaov suggests that "ancient Macedoniansm" is caused by a political virus. Its acute symptoms include "loss of identity, search for cousins from 2,400 years ago...and even the conviction of being a direct descendant of Alexander the Great."

Zarko Trajanovski, columnist for the daily Dnevnik, argues that the government "is conducting self-defeating, Bucephalic politics of brainwashing. Until yesterday we slept as Macedonian Slavs, today we wake up as ancient Macedonians...who knows how we will wake up tomorrow..."

Analysts say that this exacerbated identity anxiety is a response to outside threats. Macedonian identity is denied by all sides. These threats propel defensive reactions of the type evident at present.

While many Macedonians are perfectly comfortable with their Slavic roots, since the 1990s, many others have learned to enjoy the idea that they are "descendants" of Alexander the Great. It is difficult to say who has the numbers on their side. Perhaps a referendum on the monument of Alexander the Great in the center of Skopje would be a good way to find out. One thing is sure: it would be better than sneaking him in overnight.