North Macedonia, a wave of strikes

Serbia: economic development at the expense of workers 30/11/2021 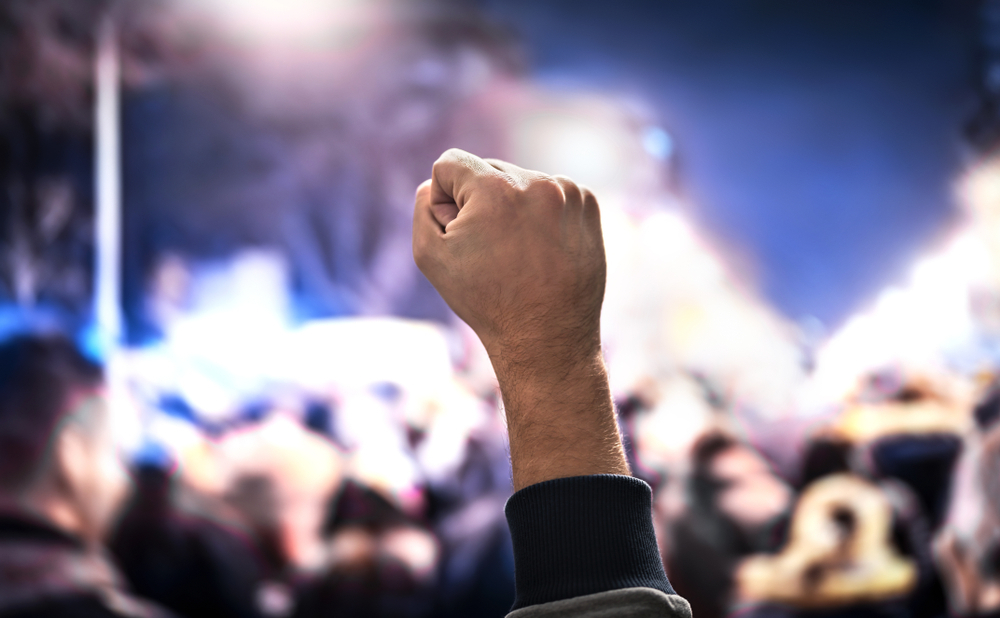 The adjustment of the minimum wage in the private sector – wanted by the Skopje government and subsidised by the state – has led to strikes and protests in the public sector. The discontent is driven by high inflation. Some experts claim the risk of negative repercussions on the state budget

Public employees are protesting as the increase involves only the private sector, but is subsidised by the state.

School teachers' unions have demanded an 18.4% increase to bring salaries in line with the level of qualification required for a job.

From April 11 to 29, the Education Union (SONK) went on strike in primary and secondary schools as well as kindergartens. On April 29, the Ministry of Labour and Social Policy requested the opening of a procedure for the peaceful settlement of the collective dispute with a mediator.

On May 17, SONK president Jakim Nedelkov and Minister of Education and Science Jeton Shaqiri announced that the dispute had been successfully resolved: primary and secondary school teachers will get a 15% raise starting from September. Future reforms announced include an increase in salaries in line with that of the minimum wage, collective agreements, and per diems for the days of strike.

According to the union, the most important outcome is the introduction of a partnership between the union and the Ministry of Education for setting salaries in 2023 and further.

The other unions also believe that, as the minimum wage increases in the private sector, so should salaries of court employees, professional soldiers, police officers, state document issuing agencies, and similar public institutions.

Post office employees also went on strike, and the government approved a budget for increasing salaries to at least the minimum amount of 18,000 denars.

Yet, some economic experts claim that increasing wages is not productive for the economy and are concerned about public debt, which currently exceeds 60% of gross domestic product.

Blagica Petreski, for example, talking to the local media, raised the issue of fiscal consolidation and rationalisation of unproductive spending, which should reduce the pressure on public debt.

"Of course, when we talk about unproductive spending, we first think of the importance of not buying new cars and furniture for public administration bodies, but subsidies should also be rational and result-oriented”, he commented. “Thus we will achieve long-term sustainability as a society. Let me mention that we have small subsidies that produce a sustainable result: for example, energy efficiency subsidies that are awarded through the Ministry of Economy".

Furthermore, according to some experts, many public employees in state and local institutions work in bureaucratic jobs that do not contribute much to a better standard of life and services in the country.

"About 7% of the total population is employed in the public sector. It is not much; it is not little. The problem is where those employees work. Are they employed in institutions that provide services or in institutions that regulate policies? In the Scandinavian countries the figure is 14%, but they are employed in institutions that deliver services – teachers, firefighters, medical staff, and the like. And they make a difference. We, on the other hand, are not doing well in delivering those services, and we have unproductive jobs in state administration at both central and local levels", explains Professor Memet Memeti from the South-East European University (SEEU).

According to Prof. Memeti, public jobs create consent, but reduce the space for capital investments, as North Macedonia has not yet outsourced public sector services, as many countries have done in order to reduce the number of public sector employees.

The average salary in North Macedonia is currently 31.080 denars (500 Euros). The minimum wage is a regular topic of debate, especially in times of elections, as politicians regularly promise to increase it. In general, the enormous increase in prices as a result of the economic crisis due to the pandemic and the war in Ukraine has made wages simply insufficient to survive, and the government's plan to freeze public salaries while subsidising the private sector cannot but create further discontent.