Serbia: economic development at the expense of workers 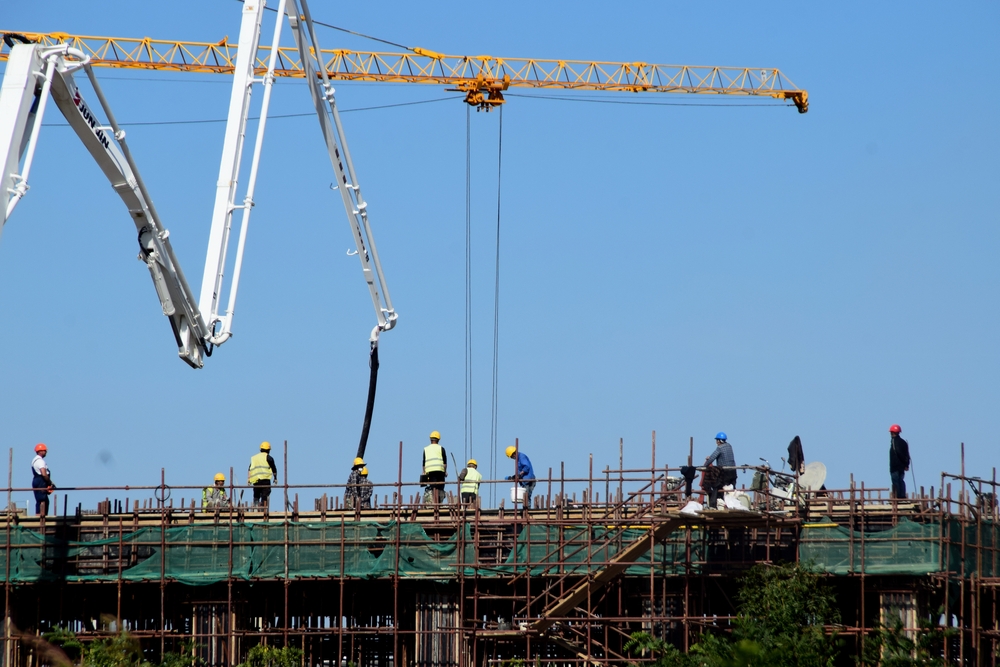 The construction of the Linglong factory in Zrenjanin ©Ivan Pancic/ Shutterstock

The inhumane working and living conditions of the workers involved in the construction of a factory of the Chinese company Shadong Linglong in Zrenjanin, defined as one of the largest Chinese investments in Serbia, have forcefully brought back to the attention of the Serbian public opinion the question of the rights of the workers of the numerous factories inaugurated in Serbia over the last decade. The appalling images of the dilapidated buildings, without water or light, filled with beds without mattresses, in which the workers of the Linglong factory live, have raised many questions about Serbia's economic development, mostly based on foreign investment.

The potential environmental impact  of the new Linglong tire factory in Zrenjanin, which in June of this year had prompted some citizens and activists to protest against the construction of the plant, remained in the background in recent days when some Serbian media published the images, bordering on the incredible, of the daily life of a few hundred Vietnamese workers employed in the construction of this factory.

In recent months there has been occasional talk about the living conditions of Vietnamese workers in Zrenjanin, but only when activists from the non-governmental organisations “Astra” and “A11” visited the barracks where these workers are housed did it became clear that the situation was worrying.

"In the premises there are only two bathrooms, the beds have no mattresses and faeces are discharged about ten metres from the shacks", reads a press release by the two organisations, which also states that immediately after arriving in Serbia Vietnamese workers had their passports seized – a fact that, according to activists, suggests "a possible case of trafficking in human beings for the purpose of labour exploitation".

The Vietnamese workers employed in the construction of the factory in Zrenjanin, currently about 500, arrived in Serbia between March and May of this year. The trip was organised by some temping agencies in Vietnam which asked the workers for a sum ranging from 2200 to 4000 dollars for their services (transport, support for obtaining an entry visa, accommodation), causing them to fall into debt.

The contract that the Vietnamese workers signed does not indicate the starting date of the employment relationship and the workers, according to their own words, are paid in black. They work in shifts lasting nine hours, with an hour of lunch break. The employer does not provide workers with all the equipment and personal protective equipment and deducts the amount necessary for the purchase of certain devices (boots, gloves, overalls) from the workers' salary. Every ten days the workers are given a new pair of gloves and if in the meantime the gloves become damaged the workers have to get them at their own expense. They are obliged to work 26 days a month and if they fail to fulfil this obligation they lose their entire monthly salary. Furthermore, if they are late for work, they are deprived of their daily wages.

Upon arrival in Serbia, Vietnamese workers handed their passports to their employer and were told that this is a customary procedure applied to foreign nationals.

The reaction of the Serbian leadership to the story of the Vietnamese workers in Zrenjanin could be summarised by citing some statements made by President Vucic. Answering questions from reporters after the inauguration of a new plant of the German company BAS Boysen Abgassysteme in Subotica, Vucic stated that the story of the Linglong factory is complex. “There will be a visit from the labour inspectors. What else do you want? That we destroy a 900 million dollar investment? That Zrenjanin does not progress?”, asked Vucic polemically. Then he added: “We are witnessing a campaign against Linglong, similar to the campaigns waged against all Chinese companies. I searched all over the world for an investor for the Smederevo steel plant, which for years remained closed, without generating any profit. And in the end we managed to convince [Chinese] President Xi to invest in Smederevo. Those 5,500 people who work there also generate new jobs”.

The pro-government media, as usual, have tried to cover up the whole affair. Pink TV went so far as to broadcast a reportage that showed an image diametrically opposite to that published by many Serbian and international media.

It remains to be seen how the situation of the workers of the Linglong factory in Zrenjanin will evolve, but certainly this is not an isolated case. For years now in Serbia there has been a reduction in the rights of workers employed in Chinese factories, but not only.

In 2016, a worker at the factory of the Italian company Geox  in Vranje was fired after accusing her employer of harassment and psychological abuse, stating among other things that workers were only allowed to go to the bathroom twice during the working hours.

In 2010, South Korean company Yura  had opened a factory in Leskovac, and then – attracted by the generous state subsidies (from 7,000 to 10,000 Euros for each new job), by the presence of low-cost labour, and by various benefits offered by local administrations – inaugurated three other factories in Serbia: two in Nis and one in Raca Kragujevacka. The workers of these factories (around 6,000) are afraid to talk about what they are going through because they fear losing their jobs and running out of the 200-300 Euros that can barely feed their family. And they are suffering various forms of discrimination: they are not allowed to organise into trade unions, there is only a workers' council controlled by the management; the contract they signed states that they will be fired if they speak publicly about the situation in the factory; they never take time off from work in case of illness because they fear being fired; they work during the holidays and work overtime above the legal limits.

Given these premises, it is not surprising that the recent strike by the workers of the Magneti Marelli  factory in Kragujevac went almost unnoticed. In June of this year, 2,000 workers of this factory proclaimed a strike demanding an increase in wages (from 38,000 to 50,000 dinars [from 323 to 425 Euros approximately]), better working conditions and transport for night workers.

There are many similar cases and it is clear that Serbia's economic development is not accompanied by adequate protection of the rights of workers employed in factories opened thanks to foreign investments. As much as the government tries to minimise this problem, sooner or later it will have to face the consequences of a labour policy based on attracting foreign investment at any cost.