LGBT in Moldova: life's not easy 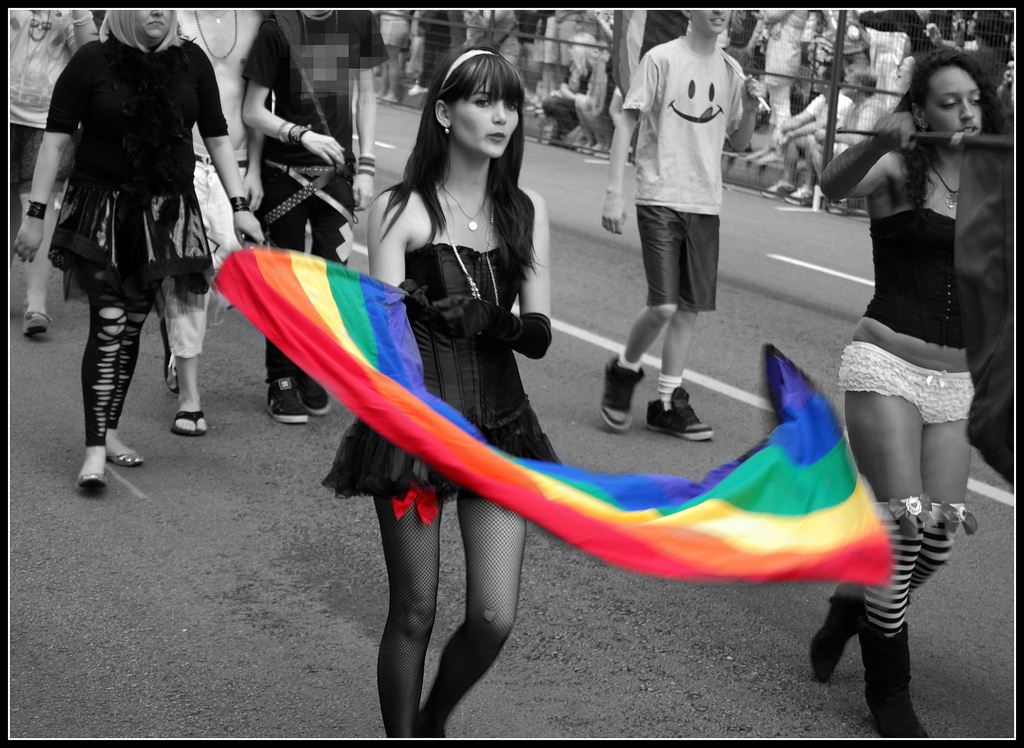 The LGBT community in Moldova faces discrimination in hospitals and in the workplace. According to a survey, only 2% of Moldovans would welcome having a gay or lesbian as a family member, colleague or friend. Transsexuals have problems obtaining new ID cards and have to struggle to overcome discrimination. A feature story

According to GenderDoc , an NGO that protects the right of the LGBT community in Moldova, there are about 90,000 homosexuals in Moldova, but gays and lesbians continue to hide their sexual identity because of prejudice and fear of being excluded from society. According to a national survey published in 2011 “representatives of the gay and lesbian community are accepted as neighbors only by 14% of respondents, as work colleagues by 13%, as friends by 10%, and as a future members of the family by 4%”, bringing the integrated acceptance indicator to a bare 2%”.

This was one of the reasons why the Moldovan Government stepped back and withdrew its own draft anti-discrimination law after it went before Parliament approval last March. The draft law, which was among the conditions set by the EU for increasing Moldova's integration in the Union and liberalizing its visa regime for Moldovan citizens, stirred debate in Chişinău because it explicitly banned discrimination on the grounds of“sexual orientation”. Interestingly, the ones who protested and pressured Moldovan leadership to take the draft off the table most vocally were Orthodox religious groups who believe such a law would limit the freedom of speech of conservative Moldovans expressing homophobic views.

A lesbian confronts the gynecologist

Even if Moldova has had 20 years of democracy, gays still have to keep silent to avoid scandals. One such case which occurred in a public medical institution demonstrates that, in the absence of an anti-discrimination law, discrimination cannot be sanctioned. Arina, age 26, a lesbian from Moldova's capital city of Chişinău, recently visited the gynecologist. She says she was disappointed by the conversation she had with her doctor about sexuality. “During the medical examination, she started to offend me by mentioning that animals behave more ethically than lesbians. Also, she raised her voice while accusing me of being stupid and said she couldn't understand my lifestyle.”This is not the first time that homosexuals have complained about the quality of care from doctors.
GenderDoc, a non-governmental organization which advocates for LGBT rights in Moldova, argues that Moldovan society is not ready to respect the interests of the gay and lesbian community or to understand their needs. Angela Frolov, program coordinator of GenderDoc, considers Arina's story to be a classic case of discrimination. She says that such situations occur because Moldovan society knows very little about homosexuality. “Most often, doctors are totally ignorant when it comes to gays and lesbians; moreover, they lack professional skills. That is why it is much easier to keep one's homosexual orientation secret when consulting a gynecologist. If the lady [Arina] wishes to appeal to the judiciary about this case, she could ask for moral damages.”

On the other hand, the gynecologist from the state polyclinic who treated Arina argue that it was the patient herself who provoked the discussion. The affiliated medical institution also denies the allegations. Adela Glavan, director of Polyclinic No.1 from the capital of the Republic of Moldova, said she' doesn't have doubts about the overall ethical conduct of the medical staff. “I am surprised to find out about this situation. In so many years of work, no one has complained about different treatment towards homosexuals than towards other patients. I agree that the doctor should not have stated her opinion about homosexuality”. Adela Glavan agrees that the doctor should have abstained from expressing her opinion about homosexuality and tried to correct such reactions by mentioning that her institution is open to homosexuals, Roma, HIV-positive patients, or any other minorities from Moldova.

One doctor who homosexuals in Chişinău trust is Galina Lesco whose Health Center “Neovita” has an LGBT-friendly reputation. She noted that health workers should have an individual approach when providing healthcare to homosexuals and not treat them differently than other patients. “Our educational system lacks adequate training for future doctors in communication and counseling for various types of problems. It is important to treat all persons equally and not to judge them because we are doctors and our job is to help people.”

However, some gays continue to be skeptical about the quality of medical services. For this reason, sexual minorities have to hide their true identities even when talking to a doctor. Alexandru, another member of the LGBT community, chooses a private doctor who, she believes, will better maintain docter-patient confidentiality. “I have seen cases where doctors shared their patients' private disease-related health information with parents, who then put pressure on their children to leave the house.”

Angela Frolov of GenderDoc says that the courageous sometimes succeed in being themselves, while others are forced to reveal their identities because they have no other choice. “There is no case where gays have not gotten into trouble for talking about their sexual orientation. In the best case scenario, people who hear about this get shocked and afterwards they recover.”

For transgendered, difficulty in finding a job

Of all the woes burdening Moldova's LGBT community, transgendered people who wish to undergo or who have undergone a sex change face some of the greatest hardships. In almost all cases, their transformations leave them more vulnerable. Most of them are forced to leave their jobs. Such is the case of Vasile, a young man who faced bullying at a company where he applied for a job. He says that a group of employees of the firm gathered to ogle and jeer him, making fun of his physical appearance. “Most of the time, even if you are professionally qualified for the job, if they find out that you are a transgender, they turn their backs on you. Even if they are desperately looking for employees, nobody wants to deal with transsexuals.”

While transsexual people undergoing hormone treatments no longer appear to fit the profiles outline in their old government-issued personal identity documents, they must still use them until they have officially undergone surgery. According to the Law on Civil Status Documents, transsexuals can only get new ID documents after undergoing their surgeries. The bureaucratic procedure makes transsexuals wait too long, says M. D., expert in transgender issues. “Most of them are unable to exercise their right to vote. They encounter difficulties when crossing the border and cannot go abroad to be able to continue their medical treatments or even their surgeries. The majority of them face social exclusion, but they still have to find ways to survive. In some cases, for example, they try to use fake documents in order to get a job.”

A long wait for IDs

The director of the Civil Registry Office, Lucia Ciobanu, says the government refuses to issue new ID documents to transsexual people on the basis of the diagnosis certificates issued by doctors. The problem is the gray zone in between starting hormone therapy and having surgery in a time when transsexuals have already started transitioning and don't match their old ID's, but have no official recognition yet. “The problem is that the Ministry of Health does not issue a certificate officially stating that a person has changed their sex. The actual law does not clearly indicate the procedure of sex change and, in this regard, a working group has initiated amendments to the law”, added Ciobanu.

According to Cezar Babin, a psychiatrist and member of the Health Committee, once a person starts to take hormones, their sex change has already begun. “The document that we issue reflects an initiation of sex change, which is a long and gradual transformation of the body. According to Babin, in other countries, upon the initiation of administration of hormones, a person is already considered as having another sex. He mentioned that in some EU member states, new IDs are issued to transsexuals before their surgeries. How long the transgendered in Moldova will have to wait for their new documents is still uncertain. The authorities still don't have an answer to this question yet. What is certain is that transgendered people will, for now, have to fight discrimination largely by themselves.