Water, a common plan for the two shores of the Adriatic 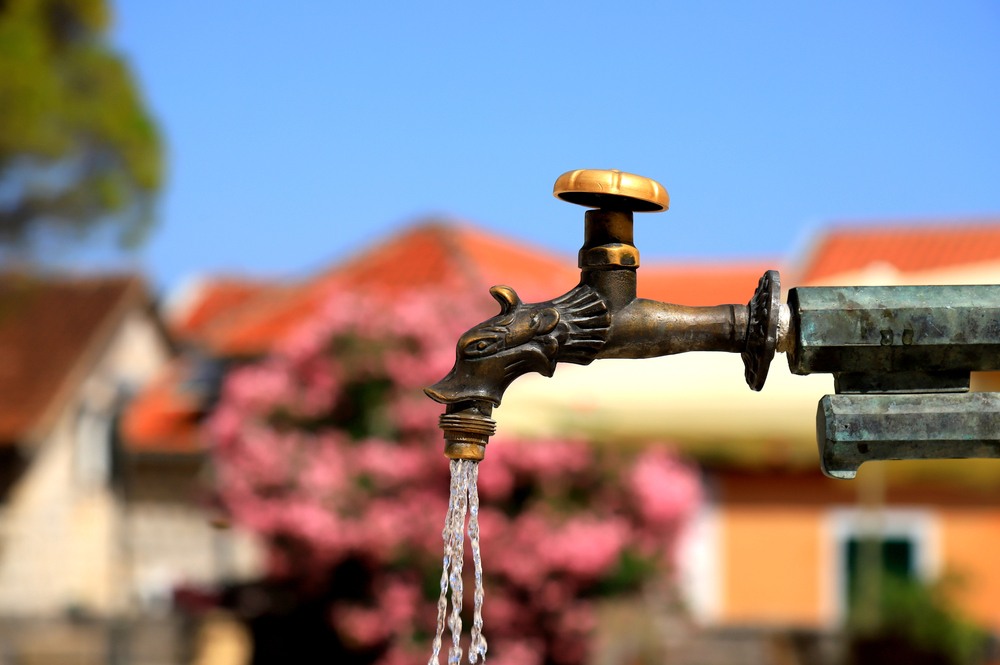 "The Adriatic is the final common destination of the waters of the whole region, and therefore must be safeguarded with a common method and as a common good". The CrossWater project looks to the two Adriatic shores and the sustainable management of water services

A common, integrated, and sustainable management of all-round water services, from drinking water to drains, for the countries facing the two shores of the Adriatic.

This is the goal of the CrossWater  project, part of the Interreg cooperation programme between Italy, Albania, and Montenegro financed by the European Union's Pre-Accession instrument with a budget of 5.5 million Euros.

On the Italian side, CrossWater includes two regions: Puglia, coordinator of the project, and Molise.

"The Adriatic is the final common destination of the waters of the entire region, and therefore must be safeguarded with a common method and as a common good", explains engineer Andrea Zotti, CrossWater project manager for the Puglia Region.

"It is essential to become aware that a unitary management of water", he continues, "can be useful among all the countries that have in the sea an element of division but also of union".

The project is divided into several steps. It started with an analysis of the current situation in the territories involved, with a study of the shortcomings but also of existing good practices.

A specific case was then identified for each area in which a pilot project was initiated. In Albania, the supply network of the town of Kasalla, on the outskirts of Tirana, was completed, where over five hundred families lived without connection to running water, while in Montenegro an action was taken to monitor, control, and protect Bolje sestre, an important source of drinking water near the coast.

On the Italian side, more general projects were chosen, one on the protection of water resources, and energy optimisation in Puglia and one aimed at identifying strategies and techniques to optimise the management of the network in Molise.

The results were published in a document, the Cross-border Integrated Plan, published at the end of 2021. The last step (that started in 2019, the project will end in November 2022) will be a policy paper with guidelines that should help governments to ensure that identified objectives and practices are effectively put into practice.

"Despite the differences for each territory and situation", explains Zotti, "future planning should be based on issues that should be the same for everyone: water quality, reduction of consumption, rationalisation of uses, management of distribution by contrasting any losses, and possibly reuse and reuse of purified water".

Despite being very rich in water, Albania and Montenegro manage blue gold in a way that is anything but optimal. According to experts, the two countries face problems that are partly common. The first is an excessive fragmentation of managers, who often do not go beyond individual municipalities and whose possibilities for action are lost in bureaucratic labyrinths that are difficult to untangle. The myriad of actors involved prevents a common strategy, hinders controls, and makes investments to improve infrastructure costly.

The high percentage of non-billed water, that is, unpaid (either because it is dispersed directly from aqueducts in bad condition, or because it is badly counted or simply not paid), leads the accounts of the operating companies perpetually in the red, triggering a vicious circle that further worsens the quality of the service.

The country with the longest way to go is undoubtedly Albania.

In the land of the Eagles, the plan states, quality of water is severely affected by the lack of wastewater treatment plants and an inadequate sanitation system.

Since it was built, between the 1950s and 1960s, the Albanian water network has not been modernised except for a small part. In the chaos of the 1990s, an excessive fragmentation of the service added to the physical decay, while checks have become very rare. Since the early 2000s, the World Bank has encouraged the modernisation of infrastructures and reforms on the model of Western Europe, also passing through discussed, partial privatisations.

Despite two decades of effort, however, according to the United Nations, only 71% of the population has access to safely managed water, and the figure drops significantly in rural areas. The wastewater picture is even bleaker, with just 13% properly disposed of between sewers and septic tanks.

Rich in mighty springs and crystalline streams, Montenegro should start with a clear advantage over the other territories involved. The country, which has a long tradition of water companies inspired by municipal companies in the style of Austria and Germany, pays instead for the “extremely fragmented” management of services. The infrastructure is not doing much better: the aqueducts are often in poor condition, while the network of wastewater treatment plants has yet to be completed. The country's official strategy is to use sewage sludge and wastewater foliage to produce compost, but for now there is little or nothing concrete.

Flat and parched, Puglia should be the most thirsty of the territories that overlook the lower Adriatic. Yet the region boasts one of the largest and most ambitious aqueducts in Europe. Built a century ago, the Apulian Aqueduct draws water in Campania and Basilicata to convey it in a capillary manner to the extreme offshoots of Salento.

Also from an institutional point of view, Puglia seems better organised, with a single company, totally belonging to the Region, which supplies water throughout the territory as an in-house service.

"Water in our area is scarce", argues Zotti. “But we soon learned to make the most of it. In territories such as Albania and Montenegro, however, there is a lot of it but there are management, maintenance, and loss problems. This is precisely what cooperation is for: identifying the best practices useful in the unitary management of the resource".

Even in Puglia, there is no lack of room for improvement. The size and age of the network cause huge losses, while it would be necessary to accelerate the digitisation of the infrastructure and the improvement of service delivery operations.

Molise fares much worse. The region is rich in water, but, like its Balkan counterparts, it sees its management distributed among as many as 163 municipalities, each going their own way. Molise, the experts write, has not yet managed to adapt to the principles adopted in Italy and Europe since 1994, when the concept of integrated water service was introduced. The waters would not receive the attention and care they deserve, due to insufficient funds, with heavy effects on agriculture and tourism, the two main economic resources of the region.

Fortunately, perhaps under the pressure imposed by various infringement procedures opened by the European Commission, at least on the wastewater treatment front, the gaps are gradually closing.

Once the diagnosis was made, the CrossWater experts tried to prescribe a cure.

The first obstacle to tackle would be the fragmentation of water suppliers, a problem common to all territories except Puglia. In Albania, the over 300 managing bodies have recently been reduced to 58, but they could still be merged up to an optimal level of ten or twenty. Little Montenegro, by making the aggregation of municipal companies compulsory, could reduce them to no more than three or four.

With larger and more coordinated companies it would be possible to reduce costs, according to the principles of economies of scale, enabling investments that would improve the service and at the same time the confidence of citizens.

Experts do not hide that a more efficient service could lead to an adjustment of fees, in order to cover expenses and make investments both in innovation and in environmental protection possible.

The prospect of raising bills in areas where the right to drinking water is not always guaranteed, however, is not exciting. "We make an efficient management model, possible only when there is a capillary income that covers maintenance costs, the right use of personnel, and so on", comments Zotti. "But the final decision, whether to pay less, is a matter for politics".

Among the viable models, the possibility of public-private partnerships on the European model is proposed, where only the assignment of part of the services is put up for tender, while the asset and infrastructure remain public. Where possible, the group does not rule out direct management, in house, by public companies.

In any case, we will not go far without citizens' awareness, which is essential to reduce not only waste but also overall water consumption. On this, the document reads, we are still far behind. In all four territories, there would be "substantially the same indifference of end users to issues relating to the reduction of water consumption".

For this reason, the whole project is accompanied by awareness and communication initiatives. In January, CrossWater entered four Apulian schools, with training sessions to raise awareness in pupils of the conscious use of water, and soon the initiative will land on the other side of the Adriatic.

Another fundamental, but often underestimated aspect is wastewater management. If properly treated and reused, wastewater would allow not only to reduce the risk of pollution for seas and rivers, but to save higher quality water for more noble uses. It would therefore be necessary to direct the regulations and technological investments in this direction, as well as invest, again in communication. In fact farmers, who consume over 40% of the available water, would still be reluctant to accept the use of wastewater even if treated and controlled.

Water, the experts conclude, is a fundamental element to allow the development and well-being of society, but its management is extremely complex, especially in a period of rapid social and political changes that two pre-accession countries like Montenegro and Albania are experiencing. In addition, of course, to the new challenges posed by climate change, which no country can face alone.

Beyond the specific interventions of each territory, according to the Plan, coordination and the continuous exchange of experiences between the partners are indispensable, in a context of continuous and mutual support.

Once the work of the experts is finished, it will be up to governments. If civil society makes itself heard, the chances of giving the Adriatic a common plan for the most precious of resources will increase.