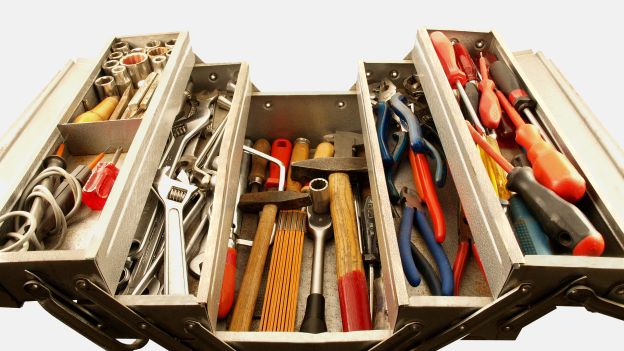 A new online platform was developed by OBC and the European Centre for Press and Media Freedom (ECPMF). The platform enables journalists, policy makers, scholars, and citizens to access updated materials on media freedom and pluralism in Europe

As part of their commitment to press freedom, OBC and ECPMF launch the Online Resource Centre on Media Freedom, a tool that facilitates the dissemination of relevant content on press freedom in Europe. The initiative is part of a larger project, financed by the European Commission, which sees OBC among the founding partners of the European Centre for Press and Media Freedom (ECPMF) based in Leipzig.

In addition to ensuring systematic access to relevant and up-to-date publications, the Resource Centre includes also sections devoted respectively to legal instruments for the protection of media freedom in Europe, support centres for journalists under threat, training opportunities as well as multimedia and awareness campaigns on freedom of the press throughout Europe.

The creation of the Resource Centre stems from the consideration that, against a backdrop of growing pressure against media in Europe, public awareness about this theme remains very low.

Media freedom is at risk in many European countries as a result of political and economic pressure, erosion of professional standards, increasing self-censorship, and actual attacks – including physical ones – to journalists. As noted by Freedom House, Europe is the second region in the world in terms of the decline of press freedom in the last decade. Such deterioration is further aggravated by the citizens' progressive loss of interest and trust in media, a risk factor that OBC highlighted in the report Safety net for European Journalists.

At the same time, many associations, NGOs, and professional organisations carry out valuable activities of documentation, analysis and advocacy on the issue of media freedom. Such work can lay the ground for a documented and inclusive debate on the subject, but existing sources are fragmented, scattered around the web, and therefore difficult to access.

What does it contain?

To respond to this dual challenge, OBC and the European Centre for Press and Media Freedom (ECPMF) based in Leipzig developed and implemented the Resource Centre, a freely accessible online platform that gathers, selects, and categorises relevant content on press freedom in Europe. The initiative aims to stimulate the circulation of quality content and feed the public debate, contributing to a greater awareness of the risks and pressures that limit the independence and pluralism of the media and of the consequences that these may have on the functioning of democratic systems and citizens' rights.

For instance, recently uploaded materials include OSCE report on the effect of propaganda on the Ukrainian conflict, an analysis by the Association of Macedonian Journalists on criminal cases against journalists under way in the country, and training opportunities such as two online courses offered by CMPF, based in Florence, on "Ethics and Safety" or "Defamation". One can also find all updated contacts of centres that offer support for journalists under threat, the latest being the Kosovo Free Help Line.

The Resource Centre operates in the framework of curating digital content, a booming sector that addresses in a reasoned way one of the paradoxes of the information society: the abundance of online content can be a barrier to accessing reliable and updated sources as well as contextualising them. Finding and contextualising information can be extremely costly in terms of time, resources, and attention. When a simple search is not enough, curating becomes therefore essential as it offers different types of users direct access to sources and content that would take each of them hours to find, assess, and contextualise.

The value added of the Resource Centre consists precisely in offering a reasoned overview, based on a process of preliminary selection and mapping of the many contents available online, which are systematised so that each user can find the materials of their interest by selecting them on the basis of the geographical area, the specific topic, or type of source.

The Resource Centre also functions as a networking tool, encouraging the exchange of knowledge and networking not only among users, but also among the institutions that produce the contents. This effort is further enhanced by the crowdsourcing platform, an integral part of the project that allows the reporting of documents and contents by users themselves and organisations active on the issues of media freedom in Europe.

The dissemination capacity of this project benefits from the strategic partnership with Wikimedia Italy. The contents curated for the Resource Centre are disseminated through the creation of new entries and the integration of existing articles in the largest online encyclopedia, the undisputed reference point for the non-specialist audience.