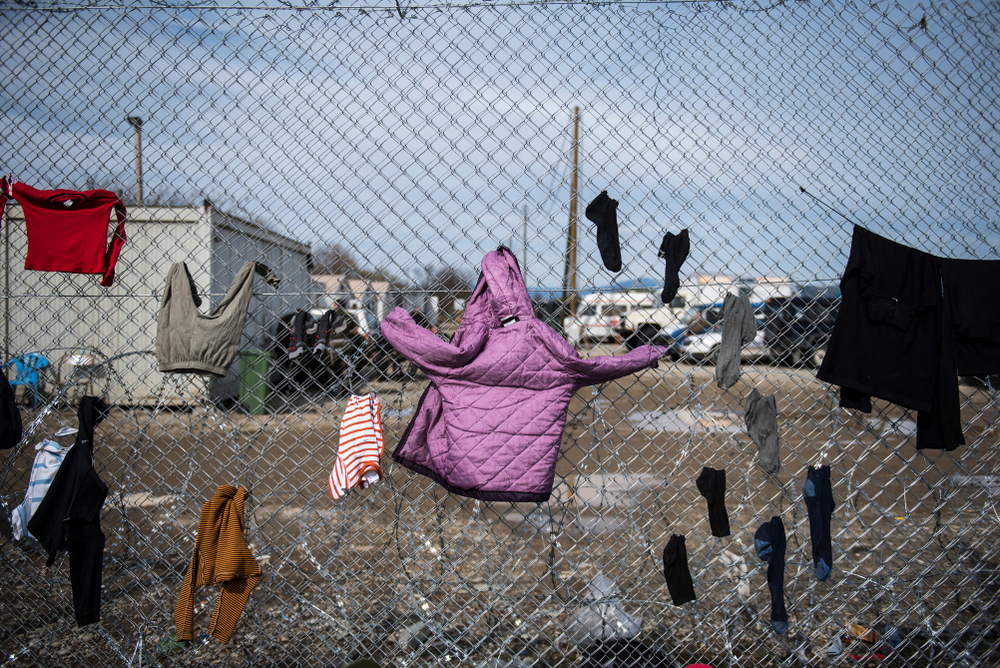 After the victory in the last elections, New Democracy has given a new course to policies for migrants and refugees, which risks further weakening the protection mechanisms available to them

After the victory in the last elections, New Democracy has given a new course to policies for migrants and refugees, which risks further weakening the protection mechanisms available to them

With over 103,000 refugees currently in the country and an increase in arrivals by sea and land compared to 2018, migration remains an ongoing issue for Greece.

Although what has been described as “crisis” has been constantly evolving since 2015, its management remains poor and rather harmful for asylum seekers. A telling example: the Moria refugee camp on Lesvos island hosts over 14,000 people against a capacity of 2,150, in poor living conditions. The latest known casualty in the camp was a 9-month old baby, who died from dehydration in November. Similar situations of overpopulation, poor hygiene, and scarce food supplies can be found in camps throughout the country.

The refugee issue served as one of the major battlefields before Greece’s national elections of last July. The former SYRIZA government has been strongly criticised for mismanagement by political opponents, but also human rights organisations and civil society, while the party pointed out lack of willingness to share the burden and cooperation by other EU countries.

Now, the new government of New Democracy (ND) needs to balance the pressing need for a sustainable solution for the refugee issue with appeasing its conservative, often xenophobic base (and even MPs).

EU Commissioner for Human Rights Dunja Mijatović, who visited Greece’s reception facilities in October, was appalled by the living conditions of migrants and stressed the urgency to transfer people from the islands to the mainland.

A slow relocation has indeed begun, however not without reactions. Members of the local communities in rural areas of Greece where refugees have been settled have protested, even by consuming pork and alcohol outside refugee settlements to provoke Muslim newcomers.

On November 20th, the government announced its new strategy, including the opening of closed detention centres that – according to deputy Minister of Defense Alkiviadis Stefanis and government spokesman Stelios Petsas – will replace the camps in the islands of Lesvos, Chios, Kos, Samos, and Leros by next summer, while 20,000 people will be transferred to the mainland before the end of the year.

As Stefanis noted in a press conference “we are humanitarians, we care about our fellow men, but above all we care about the people of our country”.

The announcement of new closed centres has sparked severe criticism by individuals and organisations with a liberal agenda. In response, the SYRIZA MEPs filed a question to the European Commission on whether such provisions about detention centres are in line with EU Directives and about the legality of setting up these centres in isolated islands or remote areas – something that has been implied by the government officials and openly supported by some of ND’s MPs.

Greece's latest experience with closed facilities for migrants was the infamous Amygdaleza pre-removal detention centre, that was shut down during the SYRIZA administration. The conditions of detention had caused massive hunger strikes in 2013 and several attempted suicides. At least four people died during its operation.

However, the list of measures aiming at stopping flows to Greece, according to the deputy Minister, does not end with the closed centres. The government’s new policy also involves enhancing borders security: 400 border guards will be placed in Greece’s land borders in the North, 800 people will be hired to guard the sea passages, and 500 will staff the Greek Asylum service, which will play a decisive role on who stays and who is returned to Turkey, under the terms of the EU-Turkey deal of 2016.

On Friday 23rd, some organisations – including the Greek Council for Refugees, the FENIX Humanitarian Legal Aid, and the Danish Refugee Council – signed a document condemning the Lesvos’ regional office of the Asylum Service for rejecting the application of 28 sub-Saharan asylum seekers without interviewing them in advance, as required by law. The office based its decisions on the grounds of lack of translators, which is against all relevant provisions for asylum.

A new bill on asylum was passed by the Greek parliament in early November, supported by the right-wing government and the centrists of KINAL. According to the government the law, which will become operational in the beginning of 2020, aims at speeding up the procedures that will decompress the asylum seeker reception and hosting system.

In addition, after the attribution of the asylum status, people will be forced to leave the structures intended to accommodate asylum seekers and support themselves. However, in the absence of any integration strategy, this could easily reach a dead end.

It is apparent that the refugee issue is high on the agenda of the new Greek government, following its pre-electoral promises. The new approach seems to correspond with the “law and order” doctrine, which the ruling party already applies in various sectors.

One of the ND's very first decisions was to close the Ministry of Migration and transfer its responsibilities to the Ministry affiliated with the police, while in a parliament speech PM Kyriakos Mitsotakis argued that newcomers are migrants rather than refugees, meaning they will not be granted international protection.

Data seem to say another story, however, as the vast majority of people arriving in Greece comes from countries that experience violent conflicts.

The media, especially those close to the government, also push a more convenient narrative on the refugee issue. Polarisation in Greek media makes the latter serve only as mouthpieces for their affiliated political parties.

Consequently, media representation of migrants and refugees has lately become even more hostile, fostering the islamophobia and xenophobia of Greek society. In a recently televised incident, a woman from the Greek mainland where refugees have already been transferred expressed her strong objections to their relocation because of “the crimes they commit”.

Asked by the journalists about those crimes, she replied with honesty: “The ones you tell in the news”.