Astypalea, the first ‘smart & sustainable island’ in the Mediterranean 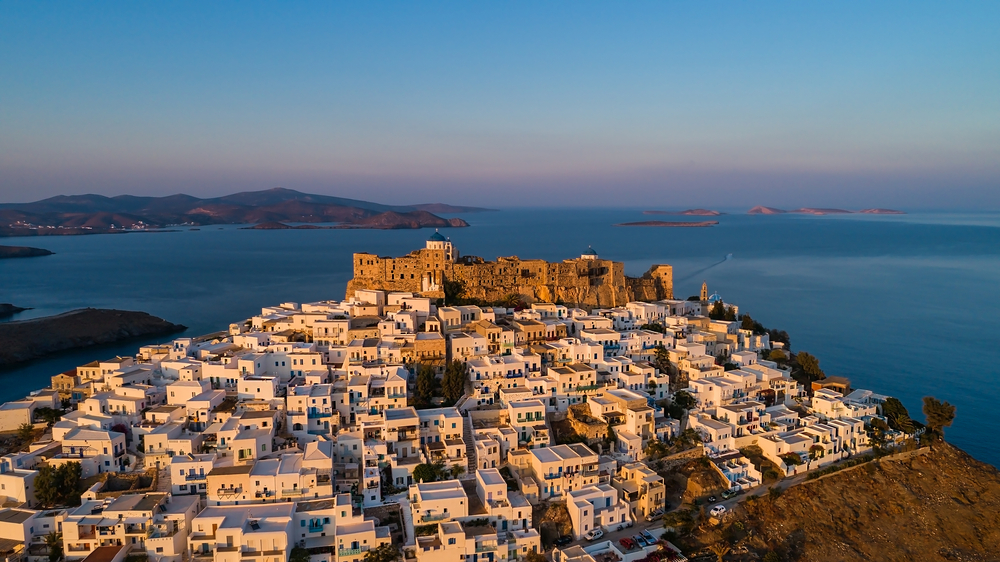 Chora, on the island of Astypalea - © Giovanni Rinaldi/Shutterstock

On a remote island of the Aegean, thanks to a public-private collaboration and European funds, an innovative sustainable mobility system is being developed

Astypalea is the butterfly-shaped island of the Aegean that has emerged from its cocoon. Remote and poorly connected with the Greek mainland, it used to be considered a ‘hidden paradise’, known only to a few. This changed in 2020, when the Greek government made a groundbreaking agreement with the Volkswagen Group to establish on the island a state-of-the-art mobility system, unique in the whole Mediterranean region. The ambitious endeavour, supported by the EMOBICITY (Interreg Europe) project of the European Union, aimed to transform Astypalea into ‘a model island for climate-neutral mobility’. Three years later, the transformation of the ‘Aegean butterfly’ is impressive. So is its international fame, that has skyrocketed thanks to the publicity given to the destination’s innovative, green character.

"Astypalea was the last stop of a long, exhausting boat trip. We arrived at dawn. When the boat dropped anchor at the harbor, the ‘Limenas’ as the locals say, the first thing I saw was a huge, dark rock jutting into the sky. I stood there in awe for a few seconds. What was this strange land that I had found myself on? It was only when I raised my head and saw the Castle, majestic but somehow welcoming, that I felt some comfort in the thought this might actually be a beautiful place in daylight."

Nefeli Asimakopoulou arrived in Astypalea for the first time in 2004, the summer that she turned 18. Unlike many young locals who would leave the island to study and work in big cities, with no intention of ever coming back, Nefeli, back then a fresh geology student, got her first job in a place that she knew nothing about. It was through family acquaintances that she had heard that veteran singer Popi Asteriadi, iconic symbol of the Greek New Wave, was looking for a babysitter to look after her granddaughter, also called Nefeli, during the summer months. The opportunity was too exciting to miss.

"Before buying a ticket to Astypalea, I didn’t even know that such a place existed. None of my friends had heard of it, either. I soon came to discover, however, not only the long history and natural beauty of the island, but also the warm hospitality of its people. For the next summers of my life, Astypalea would become my refuge. At first, tourists would be scarce. Reaching the island was difficult and even if you managed to get there, it would be challenging to move around without your own means of transport. This has changed to the better now."

In only a few years’ time, the remote and windswept island has turned into a cosmopolitan hub. Last July, La Repubblica referred to Astypalea as an ‘eco-sustainable’ paradise, ranking it as the best island to visit for a summer holiday in Greece. A month earlier, German Handelsblatt would praise the fast progress of sustainable mobility on the island, depicted in the article as ‘the laboratory of the future’.

Astypalea’s green revolution is the outcome of a memorandum of understanding that had been signed online in November 2020 in Wolfsburg and Athens, respectively, by Konstantinos Fragoyiannis, Deputy Minister of Foreign Affairs for Economic Diplomacy and Openness, and Dr. Herbert Diess, CEO of the Volkswagen Group.

The project, initially designed to run for six years, seeks to develop novel and ‘clean’ mobility services aimed at reducing and optimising traffic by introducing cutting-edge technology. Beyond doubt, the most noteworthy aspect of this endeavour is the innovative transport system providing digital mobility services. This includes an all-electric year-round ridesharing service – an important advancement on an island where the only means of transport would be the local bus service, consisting of old and pollutant buses, available only 2-3 times a day. The local fleet will be completely replaced with e-vehicles, featuring on-demand mobility services, generating energy from local, renewable power sources, such as solar and wind. Conventionally fuelled commercial and utility vehicles with internal combustion engines are also bound to be replaced by approximately 1000 electric vehicles.

The Greek government has committed to ensuring all the necessary conditions to keep the system safe and viable, starting with quality road infrastructure and excellent signage and reaching to provision of accurate, suﬃcient data on traﬃc and weather conditions. Testing autonomous driving as a future option is also part of the plan.

The project complies with the Paris Agreement adopted at COP 21 to achieve CO2-neutrality by 2030, as well as with Athen’s ambition to pave a national strategy oriented to the conservation and protection of the environment based on the use of clean energy.

Astypalea aspires to achieve complete energy autonomy within the next years and serve as a model for other islands, too.

The progress so far

Since the beginning of 2021, major progress has taken place. After an initial construction period aimed at upgrading the island’s infrastructure and energy network, the legislative aspects of the ‘on demand shuttle’ service were addressed. The digital platform of the programme was finalised and the first 12 publicly accessible charging points were installed in April 2021. The first electric local utility vehicles were transported one month later. It has been an ongoing process ever since.

In the beginning of 2022, the on-demand shuttle service was launched under the brand name "AstyBus" (‘asty’ means ‘city’ in Greek). In the last few months, the first electric vehicles have been delivered to citizens, while more are expected in September. Abandoned vehicles all over the island are being transported and recycled while local drivers are being trained to staff the on-demand ‘shuttle hub’.

It might be worth mentioning that the municipality has found ways to involve the local community in the island’s green revolution: Open discussions and public information campaigns have taken place before important steps were taken, while the Volkswagen Group has committed to working with local stakeholders to turn part of the local vehicle rental business into a vehicle sharing service offering e-scooters, e-bikes, and electric cars.

Although it is too early to assess the effects of such a new project, evidence shows that there is big potential for positive changes in environmental, economic, and social terms.

According to local people’s testimonies to OBCT, daily life on the island has already improved as transportation has become easier and less pollutant.

According to Ioanna Marianaki, President of the island's Cultural and Educational Association, the most noticeable change is the reduction of noise pollution.

"E-vehicles make no sound and are significantly faster. The transportation system has been really helped by this project."

The international visibility that the place has gained has had a measurable impact on tourism this year. Speaking to local media back in August (Sky Rodos 23.8.2022), Mayor of Astypalea Nikos Komineas had expressed his satisfaction with the number of tourists:

"Astypalea is ‘overflowing’ with people. The increase in traffic is very much thanks to the visibility that the island gained on the media for its pioneering applications in public transport and electrification. The beauty of the island is highly appreciated, but also the actions implemented here."

The University of the Aegean is currently conducting research aiming to capture the perception of the tourists regarding Astypalea's transformation into a "Smart and Sustainable Island". The findings could be used to suggest relevant policies.

Obviously, high traffic in tourism has had and will continue having a positive impact on local businesses in the summers to come.

"Everyone talks about the economic boom in Astypalea, says Nefeli. Can you imagine that those who would provide tourists ‘rooms to let’ for a modest fee some years ago, are now owners of ‘luxury villas for rent’? I know people who had moved permanently to Athens because they couldn’t make a living and now, they are back, at least for the summer months, investing in their traditional family business or that small plot that their grandparents had."

Holding a prestigious title is an important reward for a community that goes through hardships every winter: lack of opportunities, limited access to services, solitude, brain drain, and precariousness.

"Yes, wide publicity has surely helped tourism and business, says Marianaki. It is a chain reaction. Our main problem, however, remains. The island is not easily accessible. The fact that we are on a remote place means that in the winter we have a shortage in teachers and doctors; when the weather is bad, we cannot access important services."

It is too soon to tell whether the rosy and promising summer that Astypalea experienced this year will have a tangible effect on the long-term management and prevention of some of its chronic scourges. As soon as the high season is over, many will close their summer business and abandon the island together with their families. It will be interesting, however, to see whether the innovative actions currently taking place will be a reason for locals to return more often or even, for new people to discover this serene little island offering high quality of life. In the event of such a scenario, better connectivity solutions could possibly be put on the table.

If the Astypalea experiment turns out to be a long-term initiative and not yet another bubble, like other short-lived ‘firework investments’ in the country, then its good practice could be replicated in other isolated, yet gifted spots in Greece, that could grow energy-efficient via the exploration of their sources. The value added of such an initiative would be even higher in the current times of energy crisis. Once the know-how is developed and tested at all levels, then the sky is the limit.