The Soviets’ Right to Rest That is no Longer 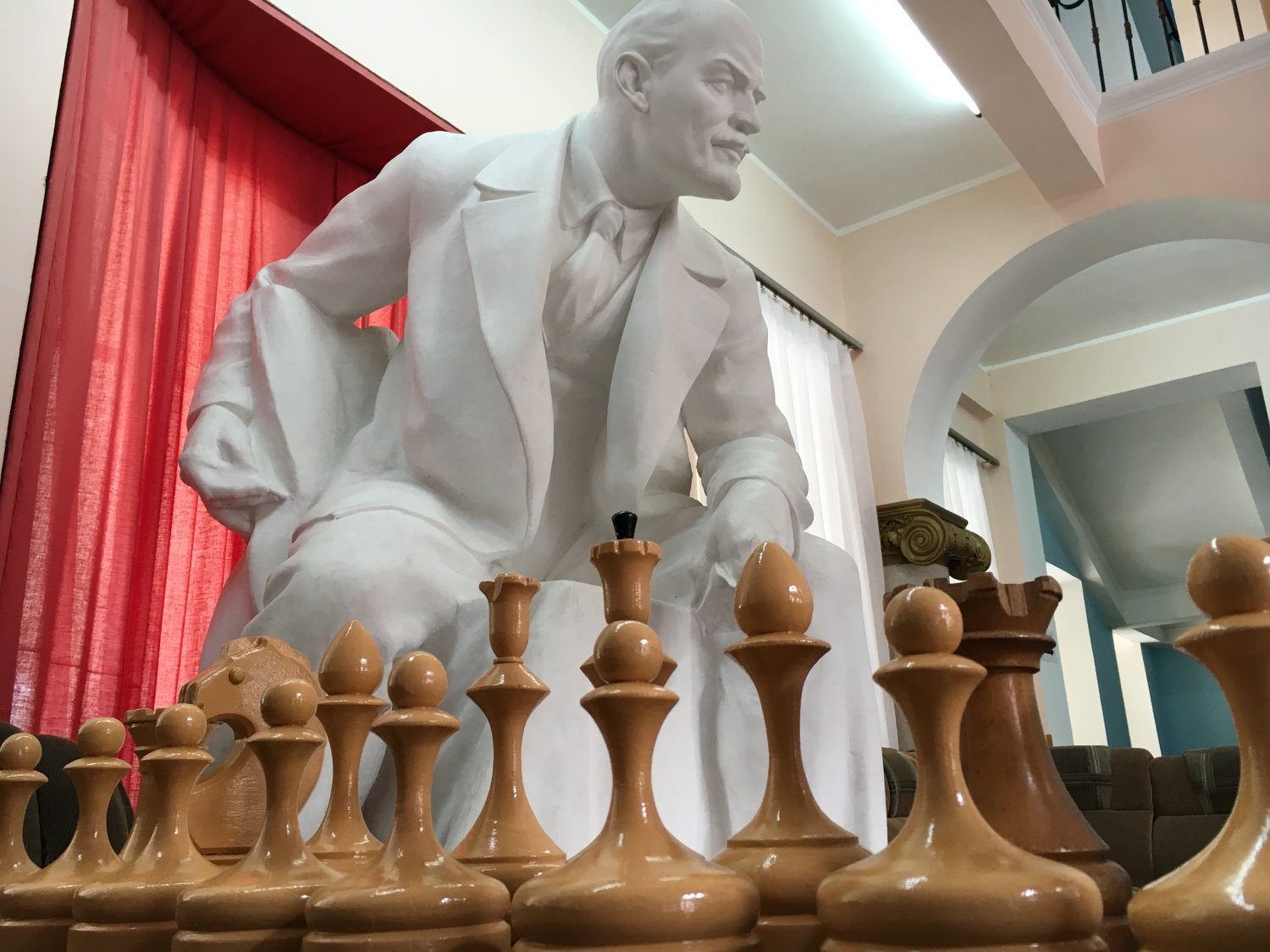 A means of mass mobilization in Soviet times, the right to rest does no longer exist. Resorts and sanatoria built in that time offer today decaying architecture and outdated practices luring to Soviet nostalgia

The only difference is the iPad. The tablet on Liliana’s lap is the only hint of the 21st century — everything else around her, on the palm tree-dotted promenade overlooking the Black Sea, looks like her first beach holiday in Abkhazia in the 1970s — then the USSR, today one of Georgia’s two breakaway regions.

“We like it here, how couldn’t we? The sun, the sea, the nature. It is healthy,” says the Moscovite in her early 60s, inhaling the balmy, sea-salty breeze. Sitting next to her, Pyotr, her husband, nods over his crosswords. 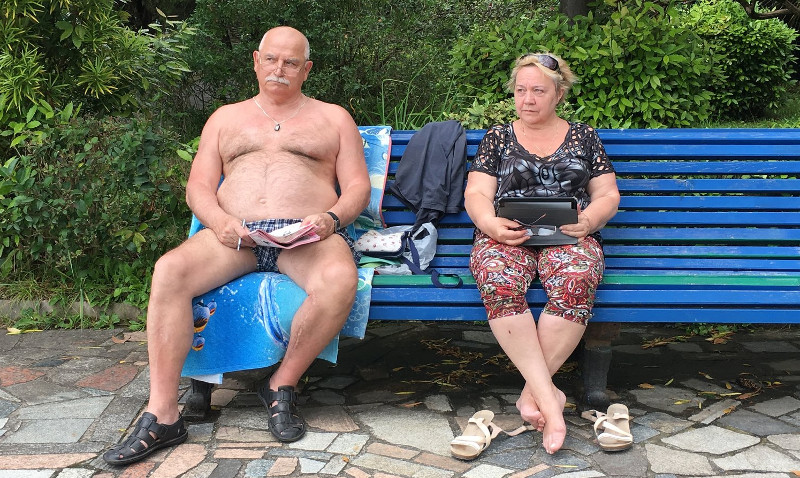 Liliana and Pyotr. The two Moscovites have been holidaying in Abkhazia since the 1970s

In front of their bench stands the grand semi-circular colonnade of the AMRA resort, one of a chain of lodges along the coast which has outlived the Soviet Union meltdown. Formerly known as the 17th Party Congress Sanatorium, the 240-room complex was built in 1952 as a retreat for Stalin’s secret police - the favourite dacha of "Comrade Koba" himself. The two-floor Mysra sits a few miles away, amid magnolia trees and honeysuckle bushes. From 1960 the retreat used to accommodate the intellighenzia of USSR’s Communist Party Central Committee.

The AMRA sanatorium in Gagra, a resort town on the Black Sea, in north Abkhazia, just a few kilometres from the Russian border. Founded in 1952, during the Soviet Union the 240-room complex was known as the 17th Party Congress Sanatorium

The AMRA is one of the hundreds of sanatoria, health spas, and resorts that dotted the former Soviet Union, offering its people an annual getaway. The most prestigious were sprinkled along the Black Sea coastline - from the Crimean peninsula, through Sochi, to Abkhazia and down to the Georgian border with Turkey - and on the Caucasus mountains.

“Those were easier times, in the Soviet Union,” smiles Liliana. Back then, high ranking officials vacationed in the majestic building for free; today, she pays her bill. This is a sign of the time, alongside other by-products of the dissolution, like the sanatorium’s swimming pool, longing for water since the war that ravaged Abkhazia in 1992-1993.

AMRA’s architecture is Stalinist glam mixed with neoclassicism, with sinuous statues, slim columns, and overflowing arcades. Inside, large chandeliers hang from the high ceilings, while spartane couches and armchairs are randomly scattered along bare corridors. The resort has been cleaned and it welcomes hundreds of tourists, mainly Russians, offering sketchy wi-fi, no room service but a taste of subtropical climate. And lots of memories. The hulking statue of a stern Comrade Lenin welcoming lodgers with a large chess set goes straight to the heart of the long gone times. 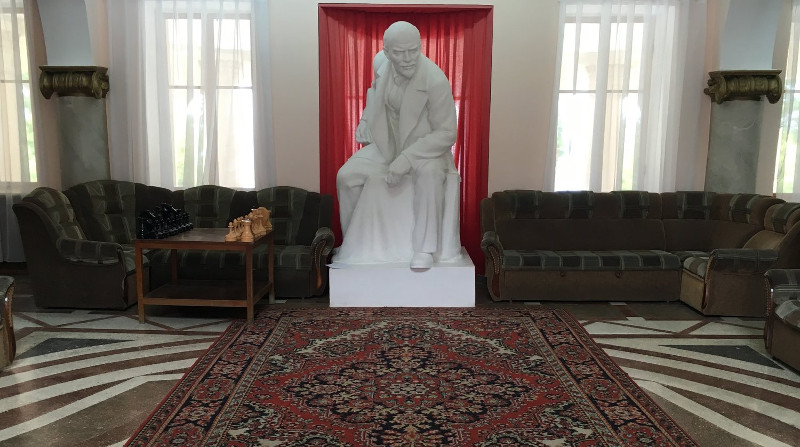 The lofty resort epitomized the Soviet concept of holidaying, reconciling the idea of vacation with the productivity of the homo sovieticus. Rest was valued — it was enshrined in the 1922 labour code as well as in the 1936 constitution, which guaranteed citizens the “right to rest.”

Diane P. Koenker, Professor of History at the University of Illinois, who has written extensively about the concept of holidaying in the USSR stated that “the Soviet vacation did not provide an escape from the mobilization of citizens toward the common goal; from its beginning it was a continuation of that mobilization by other means.” 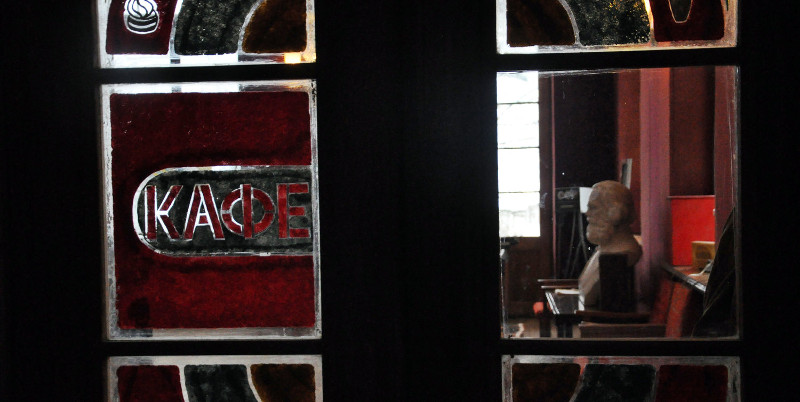 Resting was healthy, therapeutic, and purposeful — an annual sojourn was needed to recover from the hard work and to reinvigorate body and mind of the Soviet labouring person. Workers would vacation in the sanatoria once a year - bathing under the sun or in thermal waters, wrapped in detoxifying mud, or vigorously rubbed for a therapeutic massage. All under the vigilance of doctors who would also make sure the food was nutritious.

“Rest homes and health resorts would become workshops for the repair of toilers,” notes Koenker, “offering structured rest and medical therapies that would allow workers to recover their strength and energy for the work year to come.”

Health for the body and, less so, the soul, was important, hence not only pure rest, but also medical support. The Romans forged the concept of balneotherapy, from the Latin balneum, bath, as the treatment of diseases by plunging in natural mineral springs — the Soviets shaped it around its Marxists principles. 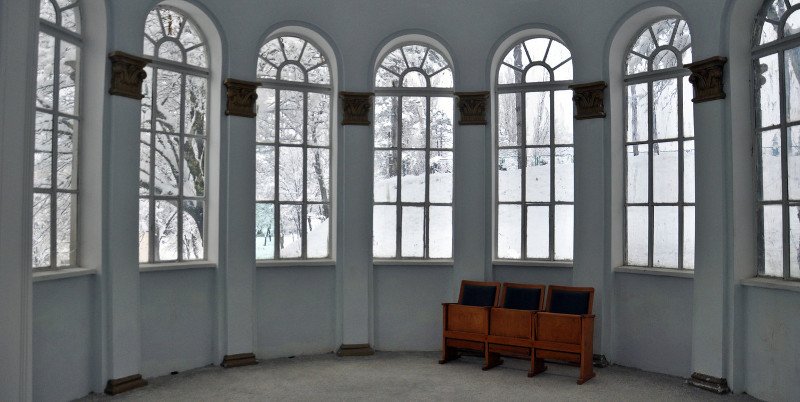 The Tskaltubo Spa Resort is filled with vast, empty spaces

Residents of Tskaltubo know it well. Beyond the Enguri river, marking the de-facto boundary line with Abkhazia, deep in central Georgia, this mountainous town of 16,000 encapsulates the Soviet balneotherapy’s faded glory. Crossed by the homonym river, it appeared on the Russian empire’s spa tourism in the XIX century and by 1931 a government decree of the Georgian Soviet Socialist Republic defined it a premium spa resort. Of the 22 sanatoria built since the 1930s, only one is still operational — the others are in various states of decay and since September 1993 many have housed thousands of Georgians who fled Abkhazia at the end of the conflict and had nowhere else to go.

At its zenith in the 1970s Tskaltubo received up to 100,000 tourists and a low-cost train would connect it to Moscow once a day. No longer. Today about an average of 700 people dip into the healing radon waters — most lodge at the Hotel Tskaltubo Spa Resort, the only sanatorium still operational out of the 19 that were once in full sway.

Like for the AMRA in Gagra, Tskaltubo’s fortune may tip as renewed interest in the town’s natural springs is brewing. 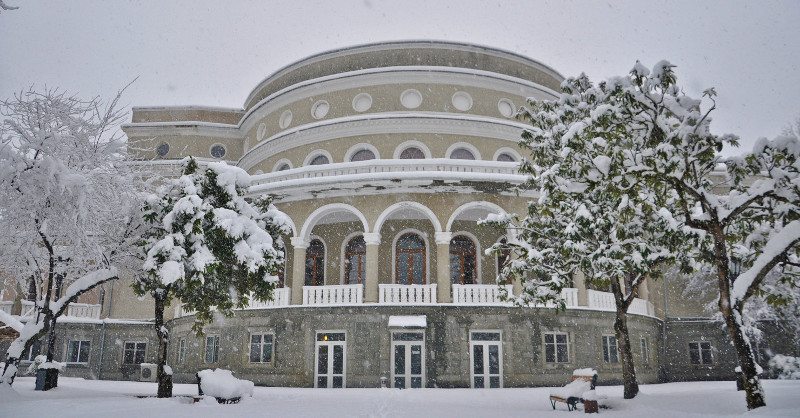 Hotel Tskaltubo Spa Resort, the only sanatorium still operational out of the 19 that were in full sway in the USSR

“Interested investors are coming to assess the wellness tourism potential, the natural springs here are rich in natural therapeutic minerals,” explains Lela Lolomadze, the thirty-something energetic manager of the Hotel Tskaltubo Spa Resort, once an asset of the Ministry of Defence and now serving mainly as a hotel, though medical treatments are also on offer.

The military link kept the desperate refugees away. “During the 1990s the building was guarded by Mkhedrioni militants [a paramilitary group outlawed in 1995 turned political organisation],” notes the manager.

Built in 1948 by an army of German prisoners of war, the hotel’s four buildings sprawl over 16 hectares featuring everything from marbled bathing pools to an enclosed neo-classicist-styled auditorium. It was renovated in 2010 and turned into a 4-star hotel, yet much like the AMRA in Gagra, large parts have not been touched. Its “vintage past” decor is the competitive advantage: furniture, flooring, railings, and appliances are frozen in time, rotary telephones and cheap lace curtains included. The room where reportedly Comrade Joseph Stalin slept in 1951 during the last visit to his native Georgia, is available for rent. 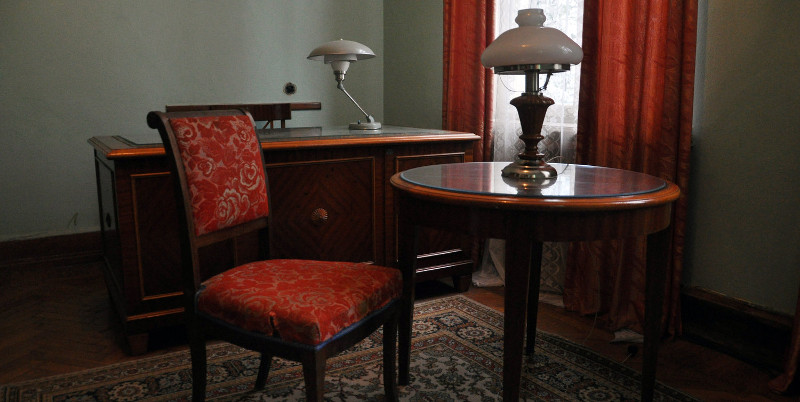 A few yards away sits the only balneology centres still in operation in town. There used to be two, the other is no longer working — for decades it has housed displaced persons whose future is now uncertain since the building was recently purchased from investors. The centre was renovated in 2015 without altering its original Soviet retro flair of its interior, dating back to the mid-1940s when it was built as a branch of a larger facility in Tbilisi.

“There are only two centres like this one in the capitals, the other one in Budapest,” proudly states Nikoloz Saakashvili, director of the balneology point built over the bubbling sulphur waters which gave the name to Georgia’s capital itself. Supplied with semi-radon bath facilities, treatments can cure cardiovascular diseases, as well as locomotor system problems and skin and endocrine disorders - now as in 1932 when the building was constructed. Fast forward to 2017 and investors bought the complex with the purpose to boost its capability.

Here, like Tskaltubo and Gagra, the sanatoria offers decaying architecture and outdated practises — yet, for vacationers like Liliana and Pyotr, dipping into pure Soviet nostalgia in the shade of lush greenery and sun-kissed lands may as well heal both body and soul.