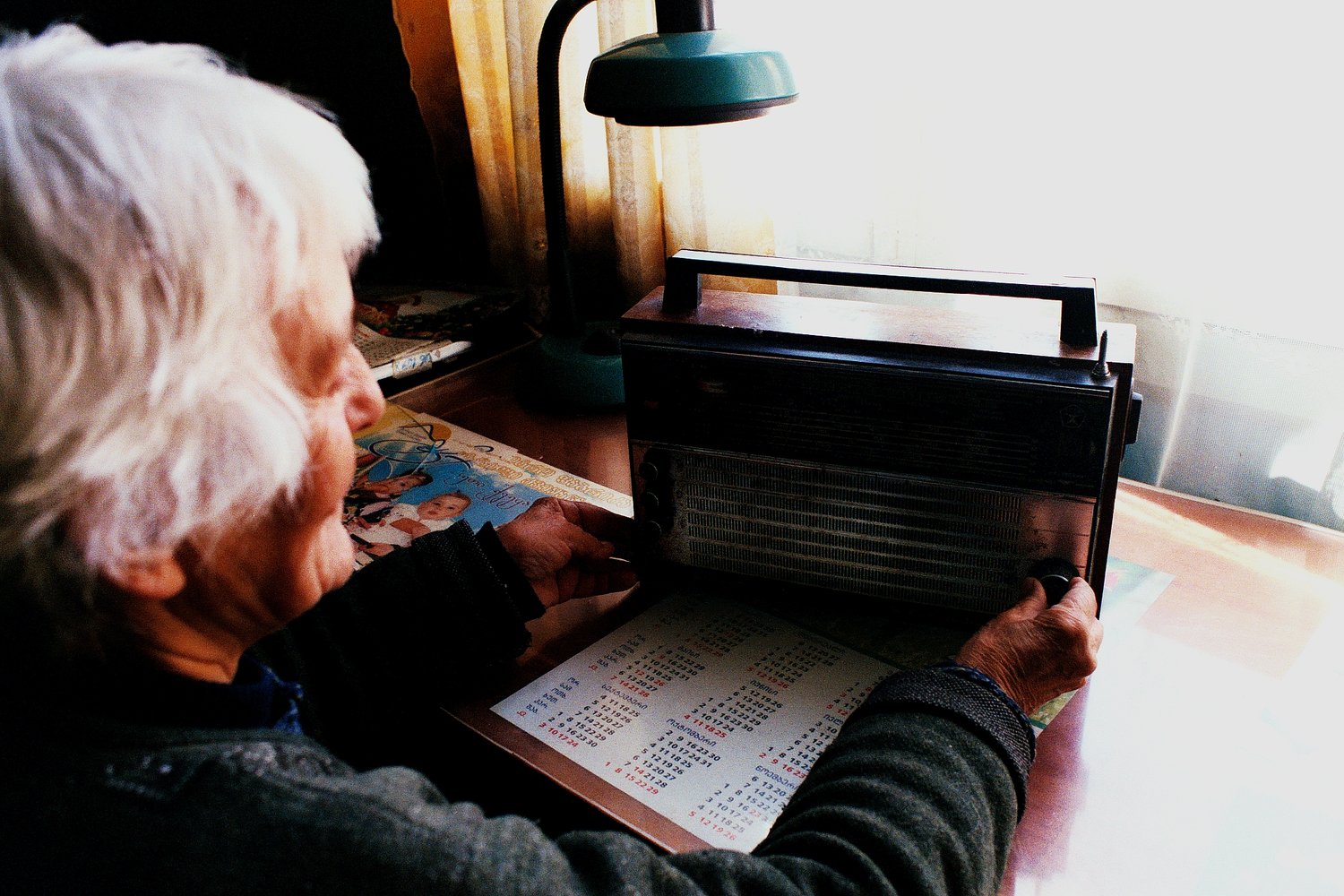 Transmitter Station Number 5 was one of many secret, radio-jamming facilities throughout the USSR. Today, nearly 26 years after the dissolution of the Soviet Union, its past employees, still living in their original residences, are trapped in a time warp

Fifty kilometers north of Tbilisi lies a mysterious settlement without a name or place on an official map. Locals simply refer to it as Transmitter Station Number 5.

In the early 1950s, over 100 people were reportedly moved here secretly from all over the Soviet Union with the sole purpose of preventing radio broadcasts considered anti-Soviet from reaching the Caucasus. These included the BBC, Voice of America, Radio Liberty, Voice of Israel, Deutsche Welle, Vatican Radio, as well as those socialist outlets that were critical of the USSR, such as Albania’s Radio Tirana and China’s Radio Beijing.

Transmitter Station Number 5 was one of many secret, radio-jamming facilities throughout the USSR. Today, nearly 26 years after the dissolution of the Soviet Union, its past employees, still living in their original residences, are trapped in a time warp; their role as stalwart “guardians” against enemy propaganda now a thing of the past.

Mostly communication specialists and radio engineers by training, the station’s employees essentially lived in isolation. A single mailbox (Mailbox Number 22) was their only way to communicate with the outside world. Guards controlled access to their fenced-in workplace.

Although the workers were allowed to leave their settlement, they were not encouraged to do so. The settlement provided everything from a pre-school to a movie theater to ensure that the station’s employees had everything they needed without having to leave. They also were entitled to excursions and vacations several times a year -- all strictly supervised, yet free of charge

The settlement was isolated not only physically, but also politically. The station received orders directly from Moscow. According to former employees, most officials in Georgia were not even aware of its existence.

The employees followed a specific program schedule to jam the relevant radio broadcasts. In 1953, when Radio Liberty, a US government-funded broadcasting outlet targeting the Soviet Union, began operations and opened a Georgian-language service, the Soviet Union stepped up its game. The transmitter station started to serve not only as a censor, but also broadcast regular Soviet radio programs to  Tbilisi-area audiences.

Under no circumstances were the employees supposed to listen to the “anti-Soviet” radio broadcasts they intercepted. Today, however, most of those still living at Transmitter Station Number 5  confess they yielded to the temptation.

Stations like Transmitter Station Number 5, however, managed to jam about 40 to 60% of Western radio broadcasts, estimated Ilia State University Professor Oleg Panfilov, who teaches the history of censorship and propaganda. Soviet-made shortwave radios, introduced in the 1960s, assisted the interference.

Nonetheless, information from Western radio broadcasts sometimes did manage to get through, recounted Panfilov, who recalls heading into the mountains of his native Tajikistan as a schoolboy to pick up the “enemy voices.” 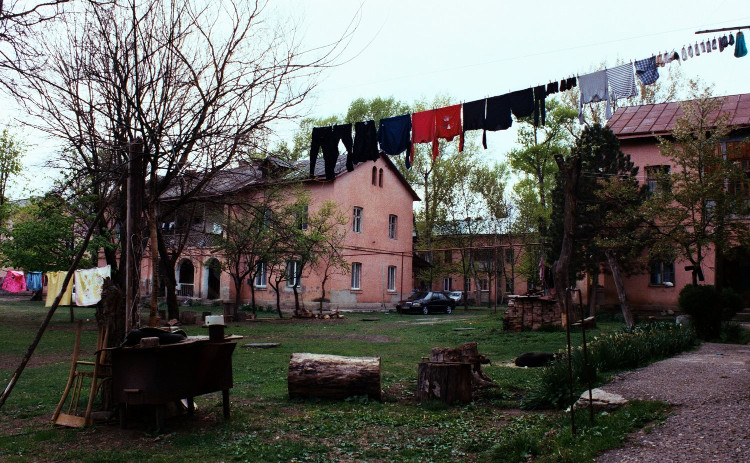 Soviet dissidents created a handwritten bulletin from the notes of people who had heard parts of these programs.  Arrests for such activities were not uncommon.

In the era of glasnost, those obstacles began to disappear. Jamming of foreign broadcasts ended in late 1988.

After the collapse of the USSR three years later, Georgia’s Transmitter Station Number 5 only served as a regular radio transmitter station. It was later demolished and turned into a training center for the Free University, a private institution founded by the late State Minister for Reform Coordination Kakha Bendukidze.

Former station employees, who still lived in the adjacent settlement, claim that they received no notice about the destruction of their onetime workplace.

Today, the roughly 50 families living at the site complain that the Georgian government ignores them entirely, leaving them isolated and without their former benefits. To receive social-welfare benefits, they want local officials to recognize their settlement as a village or to let it become part of the nearby village of Bazaleti. 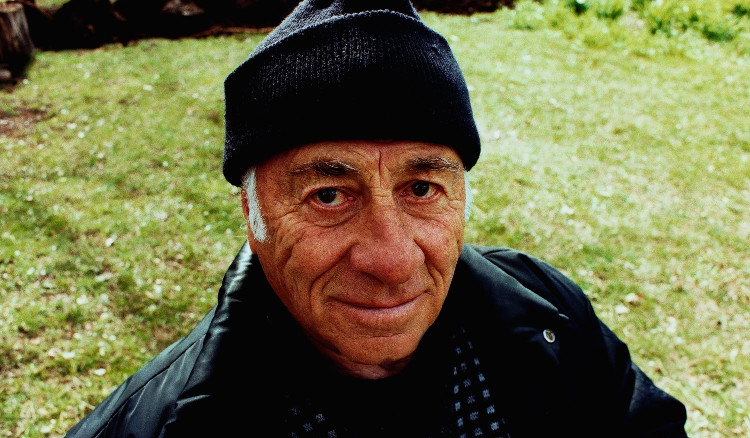 “I came to work at the station right after my studies at Tbilisi’s Institute of Radio Communications. I spent most of my life here and even married a colleague.

When the Transmitter Station opened, the first employees were mostly from Russia, Ukraine and the Baltic states. They had a rigorous academic and work background and were brought in to train young professionals from Georgia. At some point, I, too, was given the opportunity to further study in Moscow. In fact, at the time, we were often taken to Moscow and Leningrad for various workshops.

Most of the first employees [and] trainers left Georgia within about three years. However, some stayed and even got married here. The transmitter [later] employed over 100 people in total from various parts of Georgia and the Soviet Union. Most of them stayed here for good.” 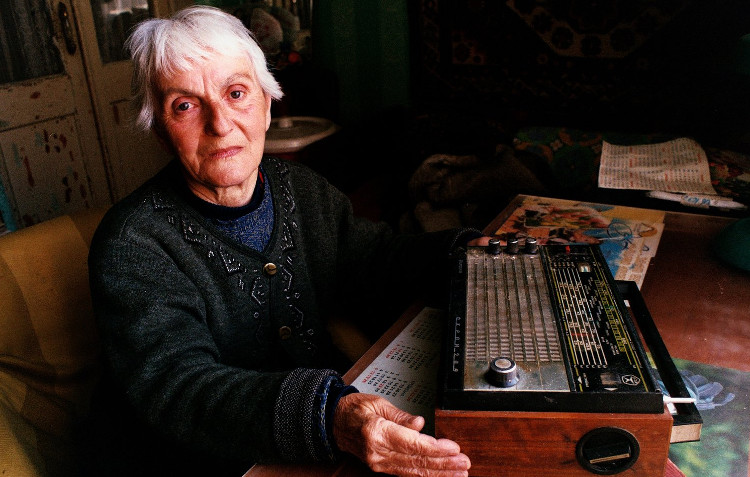 “Working at the transmitter station was a huge responsibility. Our work was strictly controlled. The station itself was right next to the settlement, but going there required extra security checks. I remember one time the local secretary of the [Communist Party’s] district committee visited us and even he did not know about what exactly our work entailed.

None of us have ever had any photographs taken at work because it was forbidden. That said, we often went for workshops, excursions and vacations elsewhere . . .

It’s a pity that today our hard work in this isolated place remains completely unacknowledged. Our current pension program  [180 laris, or about $74, per month -- ed] does not take into consideration the number of years we have worked . . . anyway, who would have imagined that such a time [as today] would have come?” 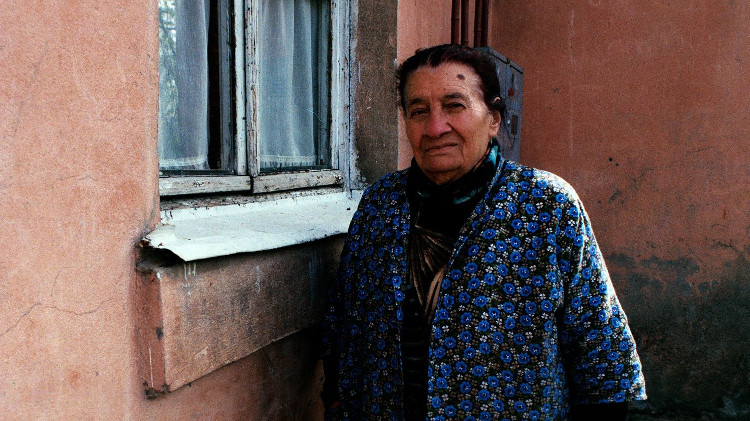 “I still remember my very first day at work. It was September 9, 1955. I started out as a communications specialist, but later worked in various positions, including as an accountant. We had a wonderful life. We never had to leave the settlement. Everything was here -- a preschool, an elementary school, a movie theater, a hospital, a shop. Now everything is in ruins . . .

Although listening to the enemies’ news was out of bounds, we still managed to listen in at times. It was really hard to both hear something and prevent others from hearing it, too. If we had been caught, we would have received strict warnings and our salaries would have been lowered for that month.” 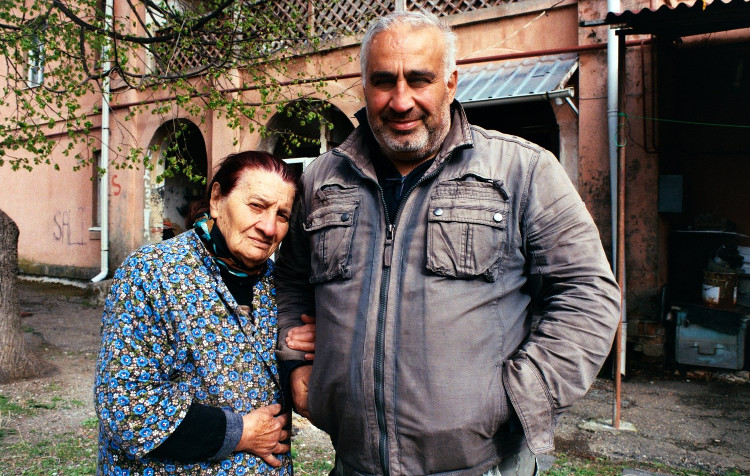 “I was actually born in this settlement. From a very young age, I always knew that this was not an ordinary village . . .

My mother worked at the station and, eventually, I also became an employee there.

After the break-up of the Soviet Union, the station continued to function as a transmitter of regular broadcasts. I remember that in the ‘90s, when the civil war first started in Tbilisi, [then Georgian President] Zviad Gamsakhurdia had to hide in a bunker. Although Radio Center in Tbilisi was occupied by the opposition military forces that were against him, they did not know about [the station’s] existence. But Gamsakhurdia did. He sent a recording of a New Year’s address for us to broadcast.”