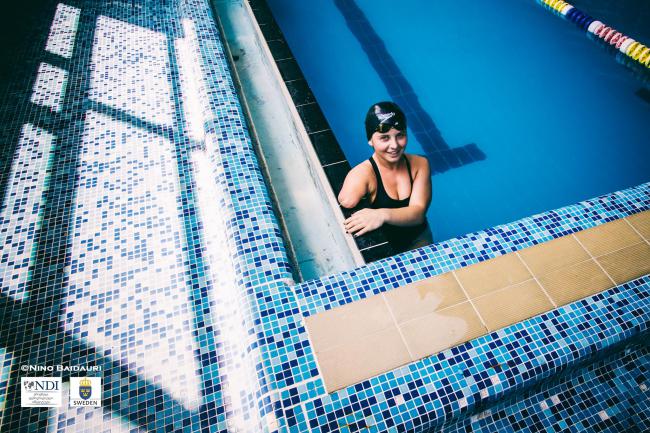 Likuna, a 21-year-old Georgian girl, lost her right hand after a serious accident. This is her story as recounted by her voice

Women in Georgia very often lack a voice of their own. Their opinions, feelings, dreams, aspirations, and achievements can be conveyed by others, often the men around them. The Women in Georgia project gives a voice to these women, allowing them to tell their own stories — in their own words. The project collected 150 distinct stories from women throughout the country. OC Media published a selection of these stories, translated into English and Russian. Below, in her own words, Likuna Chachibaia. 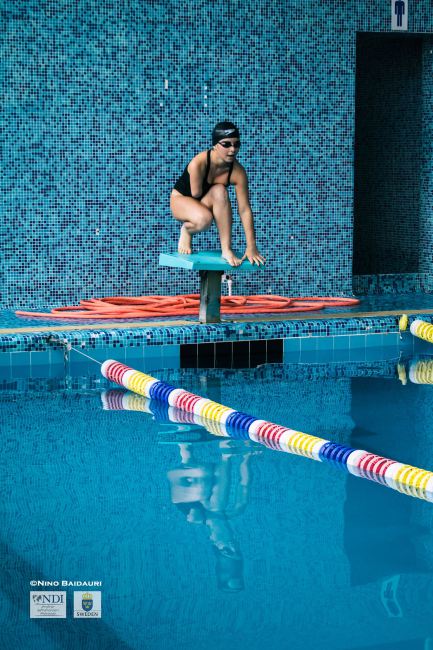 ‘Exactly five years ago, on 29 May, I fell from the ninth floor. Even though there was very little chance of survival, I survived. However, because of this accident, my family lost everything they had. I survived and was given another chance to enjoy life.’

‘I was in coma for three days, during which time my hand was amputated. I was unconscious so, of course, they could not get my consent, so my parents consented instead. If they had not amputated my hand, gangrene would have developed and eventually killed me. I came to after three days and found myself strapped to the bed so that the news did not come as a shock. I could hear doctors fussing around and whispering: “She does not know. We can’t tell her.” I realised immediately that there was a problem. I moved my legs. I could feel them and was relieved. My head was turned to the left and strapped down — this is how I knew that I had lost my right hand.’

‘Before realising that I did not have a hand, I thought I could not talk and had lost my voice. I could not even utter the most important word — “Mother”. This is what drove me mad, I thought I would never be able to speak again. The actual reason was the device I was attached to. After being disconnected from the device, when I said my first words “I want my mum”, I was happier than ever.’

‘I demanded to see my mother, and as she entered, I asked her calmly, in my normal voice, why she hadn’t told me that I did not have a hand. I was not shocked or depressed, and I did not panic at the time. Mum was relieved to see that I had digested the news so calmly.’

‘Later, I thought about things worse than losing a hand. I can’t say I attached so much importance to whether I would have one hand or two. I kept living as usual. I am even more successful than before. I am smarter than before. The rehabilitation period was short; I stayed in hospital during it. When I came back home, being used to doing stuff like signing papers with my right hand and having to switch to my left hand, despite everything, was not easy. At times like these, I couldn’t help but think: “Why me?” ’

‘Yet, I overcame it. I decided not to waste time on it. My depression did not last long. One day, when I remained alone with myself, I told myself I had to be strong. As I was given the chance to live, I had to do something different from what I had been doing before.’

‘Sometimes, I forgot that I did not have a right hand. I would stretch out this arm and realise, “Oops, I don’t have it”. My family was more self-conscious than I was. I don’t mean they were ashamed of the way I was. It’s just difficult to raise a child for 16 years and, all of a sudden, to have her lose a hand. In the beginning, when I went out, I hid my hand. Later, I overcame my self-consciousness. I was saved by the fact that I had people around me that made me happy to be alive — my parents and my brother. It does not really matter whether you have one hand or two once you realise that you’ve been lucky to be able to be with the people you love most. Low self-esteem is nothing when you have love.’

‘The thing I hate most of all is being pitied’ 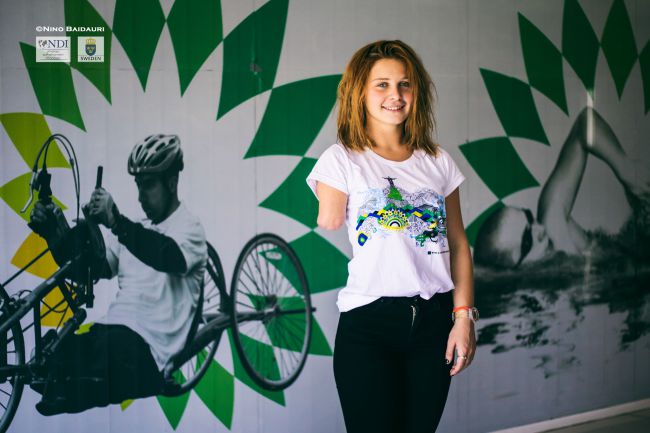 ‘Before it happened to me, I had dropped out of school in my ninth year. I decided to go back to school and complete it. I returned to the same class where I’d been studying; I continued my studies as usual. However, there were always two sides in class. One side is with you, and the other looks down on you. There were a few cases where they poked fun at me, asking: “how do you brush your hair?”, or “How do you apply nail-polish?” This irritated me so much that I cursed them and told them some nasty things, but when I realised how useless it was, I let it go.’

‘I lost many friends because of the accident. Not because they were ashamed of me, but because they did not take into account what had happened or what I needed. I could see they pitied me. The thing I hate most of all is being pitied. If you’re friends with me, I don’t need to be pitied by you. Just maintain the relationship you had with me before.’

‘I wanted to dance very much’

‘Apart from studying, I wanted to do something else. I wanted to dance very much. One person, who’s very dear to me, choreographed a dance for us and when I realised I was doing all right, I wanted to appear on the show Nichieri (talented). To be honest, the first dance failed for various reasons, but we did pass on to the semifinals and from there we took off. Success arrived just then. I was contacted by the Paralympics Sports Centre who asked me to go to swimming classes. They told me they were sure I could do it as they saw potential in me.’

‘There was nothing I couldn’t do!’

‘In the beginning, I was swimming ridiculously. I got tired even over 25 metres and had to take a rest twice. However, I got over these challenges and after about a month I left for Portugal for my first competition. At the starting line, I was standing with the strongest girls in the world and when I jumped into the water, I started to fight like a real swimmer. I realised that I had to live up to their standard and I did not have the right to give up. I had the passion that swimmers usually have. After the competition, in around a month, 15 minutes before my birthday, Giorgi called me saying: “Congratulations!” I thought it was too early to wish me a happy birthday but he said I had received a license for the Rio Paralympics! It was the biggest gift I have ever received in life. I felt at that moment that I was a perfect human being and there was nothing I couldn’t do!’

‘I cannot say that there are no disabilities, of course, there are. There are barriers, difficulties, in fact big difficulties, but we must not allow these barriers to affect us. We need to overcome them, jump over them. We can do it; there is no human who is unable to do anything.’