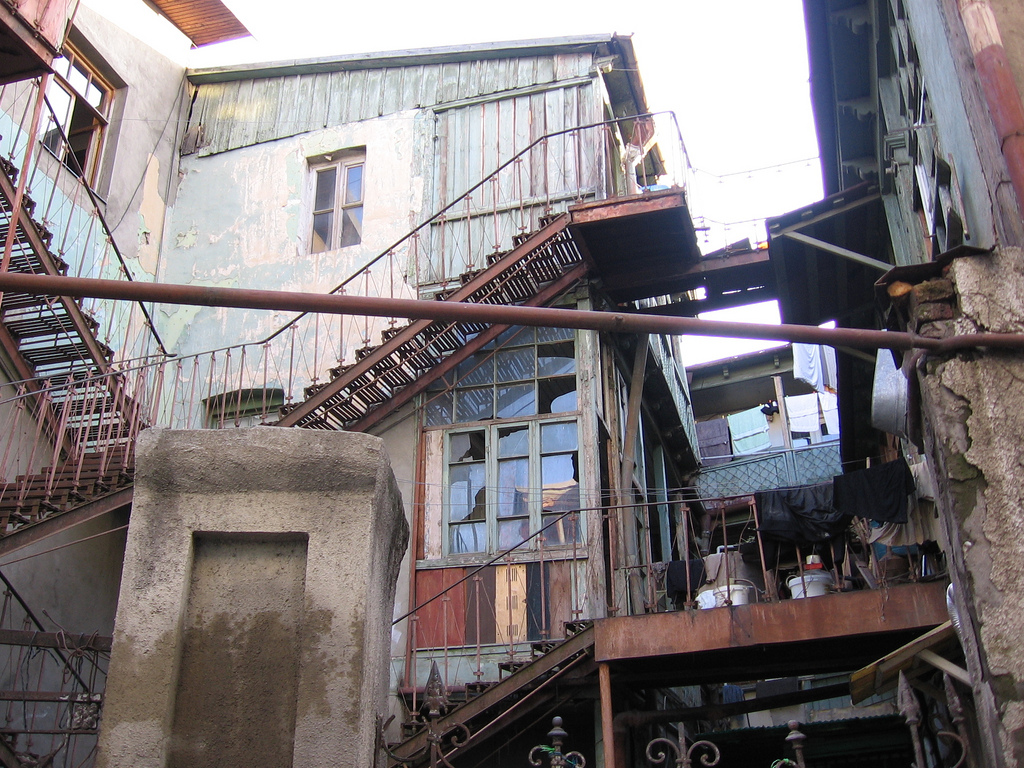 Tbilisi, a house in the old city (photo: Giorgio Comai)

Akaki Asatiani, among the signatories of the Georgian Declaration of Independence, reflects on the last 20 years, the civil war, tensions with Russia, Zviad Gamsakhurdia, and the inability to achieve ideals or search for compromise

Akaki Asatiani was speaker of the Georgian Parliament from April, 1991 to January, 1992 and, afterwards, became a long-serving parliamentarian. He was among the signatories of the Georgian Declaration of Independence. Presently, he is the chairman of the Georgian extra-parliamentary opposition party "Union of Georgian Traditionalists" and participates actively in the political life of the country. We met with him in Tblisi.

What kind of expectations were there in Georgia during the street protests of 1989?

When we protested the USSR twenty years ago, I was sure that by this point, after two decades, we would reach an average quality of life similar to that of Europe. Unfortunately, things didn't turn out that way, and the authorities blame Russia for our current situation. Without a doubt, Russia is partially responsible, but I believe that we ourselves are largely responsible for the situation in which we now find ourselves.

Why did things turn out this way?

First and foremost because we entered into direct conflict with the communists. At the end of the eighties, we were not able to oppose them on the political level as happened in the Baltic republics. It is also a question of a mentality which is partly tied to the history of our country. For more than 200 years, Georgia was governed by Moscow and there was a general perception that laws had been imposed from abroad. There was the feeling that if laws were imposed, it was okay to break them. The injustice of the communist laws reinforced this notion and, unfortunately, this type of approach to legality remained even after the fall of the Soviet Union.

But there is also another reason. The leaders of the national liberation movement in that period, which began in the early eighties, were dissidents; people who had been imprisoned for a long time. For this reason, they made few proposals for compromise and they had absolutely no government experience.

In the end, our regional communists couldn't understand what was happening and did not give reform a chance.

Here, there simply was no perestroika. When I saw Gorbachev for the first time, I thought there was a real possibility for change, but the Georgian communists did not demonstrate inclination toward any openness. I think that if a real liberalisation had begun, our national movement would have behaved differently; there wouldn't have been this climate of conflict.

The situation was paradoxical: I liked Gorbachev but the communists didn't. I also said this to the communists at that time: "You all don't like the secretary general of your own party, but I like him. Doesn't that seems strange to you?"

I think that everyone should have respect for Gorbachev because he was a man who sincerely believed in democracy.

So how did the situation develop?

There were the elections of 1990, which were by and large free. We from the national front won by a large majority. Besides us in parliament, there was a small group of communists but no other opposition party, so we found that we had practically unlimited power without having had the slightest experience in government.

Of course, we did some good things too. I am still really proud of having signed Georgia's declaration of independence, something that Georgians dreamed of for generations. We also were able to reach an accord with the Abkhazians, but not with the Ossetians.

The most important thing for us was independence and we thought democracy would come later. Now I think there could have been independence and democracy, but at that time it didn't seem possible to do things any other way.

And from the economic perspective?

At that time, we didn't give enough consideration to the importance of the economy. In the time of the Soviet Union, the director of a factory wasn't simply the director, but was also the owner; not from the formal point of view but in practice it worked like that. Factory directors were the "bourgeoisie" of the time, and they simply asked to have legally that which they already felt was theirs. We didn't understand that we should have given them the factories, formalizing and legalizing what was already the situation on the ground. Shevardnadze understood this right away, and as soon as he came to power, he acted accordingly.

Everyone here thought that it would be much faster and simpler; that we would leave the Soviet Union and that we wouldn't have territorial and economic problems. Even twenty years later, neither the country's political elite nor the society understand that Georgia maintained its territory during the entire period of the USSR simply because the Union existed.

Of course, everything was much more difficult, also because of the climate of confrontation with Russia.

Georgia's relations with Russia are, without a doubt, very complicated...

Relations with Russia are complicated and they will be for a long time.

In the nineties, when Yeltsin was in power, relations with Russia could have developed differently, but we, like the West, lost that opportunity.
The problem is that Russia wants to maintain its same sphere of influence and doesn't understand that the world has changed. So, without a doubt, Russia is a problem, but what have we done to resolve it? We should have acted in a different way.

Zviad Gamsakhurdia led the national movement and was the first president of Georgia, but his nationalist politics have provoked conflict with Abkhazia and South Ossetia and civil war in Georgia. How do you remember him?

Gamsakhurdia fought for independence for Georgia all of his life and couldn't see anything else. According to statistics, many people here still think of him as one of the most important people in Georgian history and, personally, I harbour great respect for him. People know that he was a big patriot, but this doesn't necessarily mean that he was a good president.

He was not ready to try to reach compromise with anyone; it wasn't part of his mentality. He was sure that his ideas were profoundly correct and he believed that everyone on earth, if they were fair-minded, should be on his side. "Fight for liberty"; how can someone not agree? But naturally, no one was satisfied with the way he followed through on his ideas.

In the years that brought independence to Georgia, many people fought for the ideas and dreams of liberty, democracy, and well-being. But then there was a civil war, economic difficulties...

Yes, those dreams did not come true. One should have ideals, but it is important to know how to actualize them. We had many ideals, we truly believed in them, and we would have done anything to make them come true, but we didn't know how to do it. Nobody wanted to sit down calmly and think about effective solutions and how to put them into practice. Even today, this hasn't changed.