Georgia: the wounds of the dams 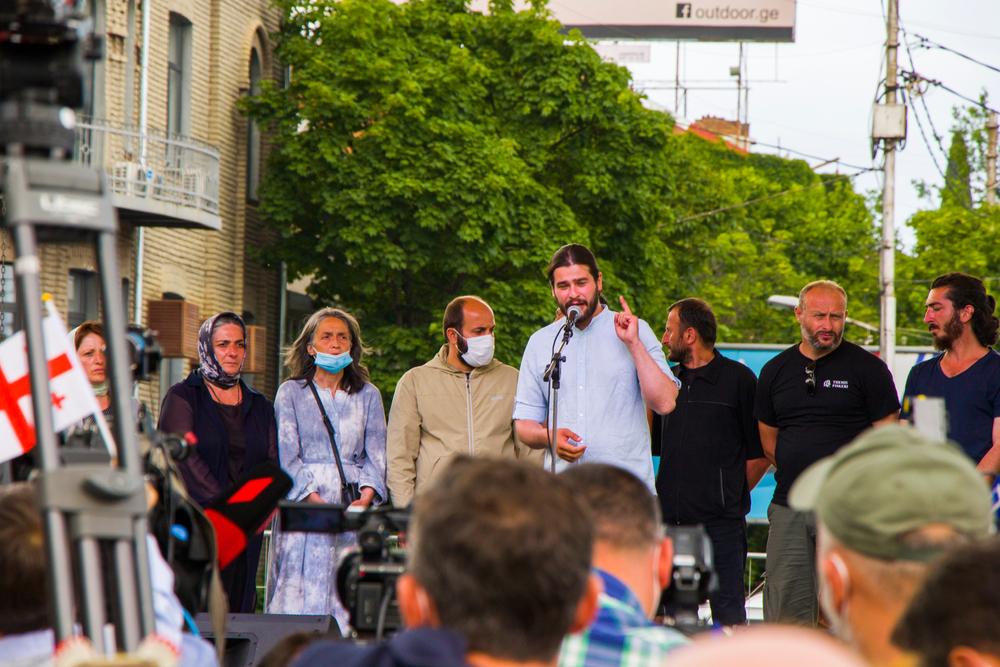 During 2020, the preparatory work began for what should be one of the most important infrastructure projects in Georgia's history: the Namakhvani dams. Local associations and communities report a tragic environmental impact and a significant safety risk

The energy sector is crucial in all economies because of its significant impact on production costs and therefore on overall competitiveness. Control over one's ability to produce energy is a vehicle for economic independence and removes political blackmail. If this is true for all countries in the world, it has even more significance for Georgia, which has complex relations with an exporter like Russia and which sees in its ability to produce energy also a great opportunity from a regional point of view. Indeed, Georgia borders with a country – Turkey – which for decades has focused on massive industrialisation, and which is hungry for energy. And it could be a great buyer.

81% of the energy produced in Georgia comes from hydroelectric sector, but the estimate is that only 25% of the country's potential is used (for a complete picture, see the IEA analytical sheet ). It is therefore not surprising that the various political forces that have alternated in government over the last 20 years have sought investors to increase their energy potential. The Namakhvani project took shape in this context.

It was 2009 when the then Saakashvili government announced that it had signed a memorandum with a consortium of investors for the construction of a complex of three hydroelectric plants in Namakhvani, on the Rioni River in the Tsageri district. The Rioni River originates in central Georgia and flows into the Black Sea, passing near the second largest city in Georgia, Kutaisi, and is completely in Georgian territory. For this reason, the management of its waters cannot create disputes with other states, as often happens with water courses and the projects that concern them. According to Saakashvili, construction works began in 2011 and created 20,000 jobs, making it the largest development project in the history of republican Georgia, even bigger than the Baku-Tbilisi-Ceyan pipeline.

The original design was then revised . The plants went from three to two, and their construction was postponed to a moment between March 2020 and June 2024. The jobs created dropped to 1,600 and, when the work is finished, the plants should be able to cover 12% of the national energy needs. Turkish company ENKA was chosen as the leading company in the implementation of the project.

The preparatory work began in May 2020, and so did the protests.

Despite the restrictions imposed by the pandemic and containment measures, local communities mobilised against the project. The Save Rioni Valley Movement has catalysed both organised actors – such as associations including GYLA (Young Georgian Lawyers), Green Alternative, and the Human Rights Training and Monitoring Center – and the inhabitants of the river valley along with many Georgian citizens concerned about the impact of the project .

The protest is motivated by a series of considerations, both safety and environmental. First of all, the construction of hydroelectric power plants and dams in a seismic area raises concerns. The estimate is that, if something were to happen to the dam closest to Kutaisi, a 34-metre wave would reach the city in 19 minutes. Furthermore, the water regulation imposed by the project would compromise the local microclimate and the production of the typical wine of the area (the Tvishi white wine). Those who oppose the project have launched a petition for it to be cancelled and in favour of the establishment of a National Park instead. Furthermore, for transparency, the publication was requested of the contracts signed for the construction, the environmental risk assessments, and the agreements for the transfer of property rights and the exploitation of land and natural resources.

The latter seems to be, months after the start of the mobilisation, the crux of the matter: the lack of confidence that the project has been carefully planned, a sense of alienation on the part of local communities towards decision-making processes that directly concern them, and a strong reaction towards the sale of territories to foreign investors.

This point in particular has created strong malaise, also due to the not always clear contractual conditions that have also affected the logistics of the protests. Sometimes the organisers did not know if they were on a road that was still public or had already been sold, on a land still belonging to a private individual or already sold. Environmental activist Elene Asatiani made a short documentary , with English subtitles, which well describes the various souls of the protest: the emotional bond with a local reality that feels the precariousness of its existence, the alienation from the project, the lack of clarity of contractual terms, the debates, and the emerging charismatic personalities – including Varlam Goletiani, 28 – that have led a protest that has lasted for over 200 days and reached the capital.

The management of the protest

The mobilisation was initially held close to the construction site, with a permanent garrison. In November 2020, there was a rather violent eviction, which created friction between the organisers, the associations that support them, law enforcement, and the government. New clashes followed in December. In February, the protest gathered thousands of people in Kutaisi . In April there were new tensions and the Internet did not work on the heated weekend of April 4 in the protest area.

Close to Georgian Independence Day, on May 26, the protest of the "Guardians of the Rioni Valley" moved to Tbilisi . The Guardians called for the immediate removal of the Turkish company ENKA from the valley, the resignation of the Minister of Economy Natia Turnava, and an investigation into all those who took part in the project. ENKA, for its part, complains about alleged cases of intimidation of its staff and xenophobic positions by those who oppose the project. The Ministry of Economy defends the project and argues that the doubts are unfounded and that the feasibility studies that lasted 12 years, from 2007 to 2019, provide all the necessary security guarantees .