Georgia, a Pride week of blood 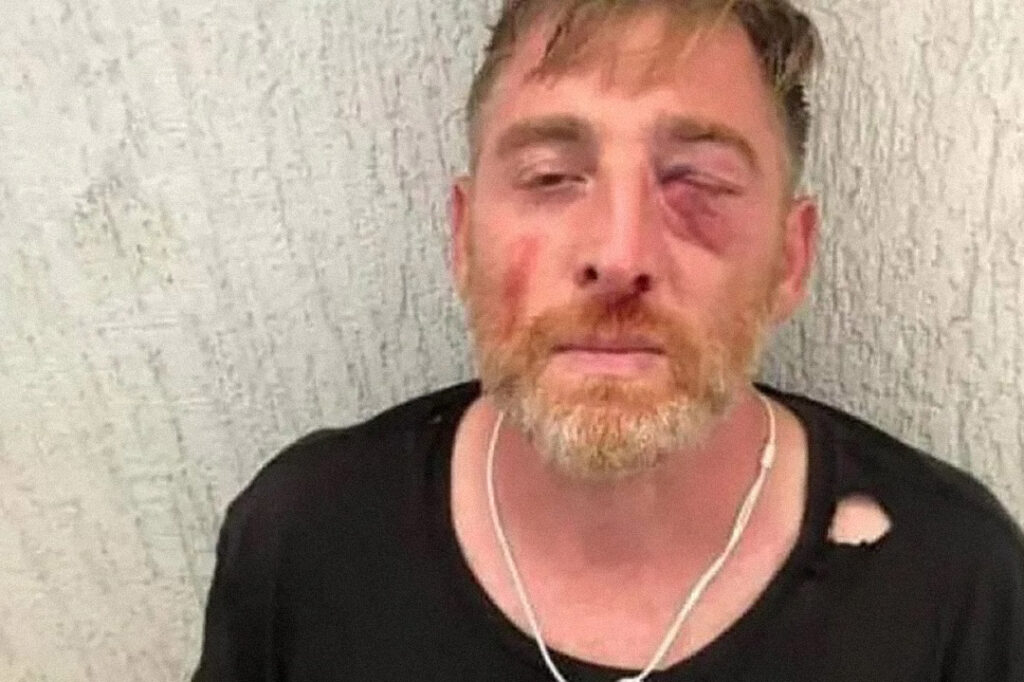 Unprecedented violence in Georgia in the week dedicated to raising awareness on LGBT rights. An investigation has started on the death of a cameraman, who had been violently beaten like dozens of colleagues

More than twenty years of republican history to leave old Georgia behind. And then – offices of associations and NGOs are put on fire, riots, attacks on foreign tourists, violence against journalists. 2021 plunges Georgia back into darkness. In recent weeks the headquarters of the United National Movement – the main opposition party – had been vandalised in a blitz to arrest its secretary, now the unprecedented violence against the Pride Week.

Since 2013, no Pride has been held in Georgia on 17 May, when it is celebrated in 130 countries. The 2013 Pride was, in fact, scarred by the violence caused by a conservative and homophobic mob, with members of the Orthodox clergy at the forefront. In 2019, the Pride organisers decided to try again and proposed a national event, a Tbilisi Pride Week of events and information on the rights of LBGTQ+ minorities, the country's rainbow community that is protected on paper, but not in real life . This was tragically demonstrated by the Tbilisi Pride Week 2021, a shameful page in the history of human rights and management of public order in the country.

It was scheduled from Thursday 1 July to Monday 5, when the event would close with the March of Dignity. The event started as planned, and organised homophobic groups immediately targeted participants, throwing objects, eggs, and bottles since the early evening. Representatives of embassies who actively supported the event were also targeted. Following the first night's film screening, there were 23 arrests.

The homophobic rhetoric continued to mount. On 3 July, the Georgian Orthodox Church denounced the propaganda of "perverted lifestyles", rallying parishioners for a massive counter-demonstration and admonishing foreign diplomatic representatives, and specifically the European Parliament, not to interfere in the country 's public and spiritual life.

On the 5th, the March of Dignity was cancelled in the face of mounting violence and threat to the life of participants. The request for cancellation came from the Ministry of the Interior, which by law should ensure the safety of all manifestations of free expression of thought and the right to associate and demonstrate. The inadequacy of the measures adopted by the government shows in the dramatic events of the 5th. Event cancelled, the organisers' offices attacked by a homophobic and ferocious mob. An actual pogrom. A foreign tourist – identified as homosexual by his attacker because he wore an earring – was stabbed in broad daylight .

The press was also very heavily attacked. The accreditation badges did not protect information operators, journalists, cameramen – the toll is an unprecedented number of injured and attacked among journalists and operators of TV, newspapers, information websites: 53 in total.

On 11 July, Pirveli TV cameraman Aleksandre (Lekso) Lashkarava was found dead in his apartment. This is how colleague Miranda Baghaturia describes his lynching : “For twenty minutes he was beaten mercilessly. About fifteen men held me along a stair rail while shouting 'Don't kill him'... 20 men dragged Lekso down where I couldn't see him".

Lashkarava was taken to hospital with various injuries, including concussion, facial bone fractures, and bruises. He underwent surgery and was later discharged while continuing to follow treatment at home. Now an investigation has started on the causes of death.

The government of not all Georgians

Far-right and ultra-conservative movements and parties were active part of the organised groups authors of the violence as well as prelates and parishioners. One of them is Guram Palavandishvili, founder of the Society for the Rights of the Child, one of the main groups fuelling hatred against Pride.

It was his organisation that set up tents against "LGBT propaganda" near the Rustaveli metro station. Some tents of anti-government protesters located near the Parliament were instead destroyed and vandalised.

Oligarch Levan Vasadze and his fledgling far-right party also did their part, lowering the European flag over Parliament on the night of 5 July. The following day the flag was re-hoisted, but it was again taken down and burnt on 7 July during a new counter-demonstration organised by the same groups, in reaction to the "Silent Demonstration" held by the organisers and supporters of the Pride.

President of the Republic Salomè Zurabishvili, who immediately visited journalists in hospital and harshly condemned the violence, had spoken out  to protect the right to hold Pride and freedom of expression.

Yet, in this dramatic situation with a very high risk to security and public order, the government with the prime minister sided with one of the parties. On 5 July, while events were precipitating, he accused the Pride organisers of provoking, of being extremists, and suggested that the whole event was a plan orchestrated by Mikhail Saakashvili from exile to sow instability.

The organisers, stunned by this accusation, highlighted how these words, pronounced by one of the main officials in the country, would further expose them to the risk of violence. Even the ruling party, with secretary Irakli Kobakhidze, pitched in in the polarisation, despite the violence already underway and the need to calm the spirits. Kobakhidze said on 5 July that "whatever is happening on the streets of Tbilisi is in the interest of the radical opposition, the United National Movement and its partner parties. They are behind Pride".

Tbilisi has therefore sunk back into a climate of violence that had not been seen for some time, and never seen to this extent specifically against information. A sad count is now being made: material damage, one death and numerous injuries, an even more divided society, and a shower of accusations against the Georgian government by international partners and organisations. Criticism aimed at those who committed the violence, but also at those who should have prevented it from happening.

MEP Viola von Cramon tweeted : "When violent groups beat up journalists and members of the LGBT community and the government is watching, it is a sign the rule of law is crumbling".

Denis Krivosheev, Amnesty International's Deputy Director for Eastern Europe and Central Asia, stressed  that “the government has deployed an inadequately small number of police officers who have only reacted to violent attacks and failed to provide organised protection for LGBTI activists".