Gambling life away in Georgia 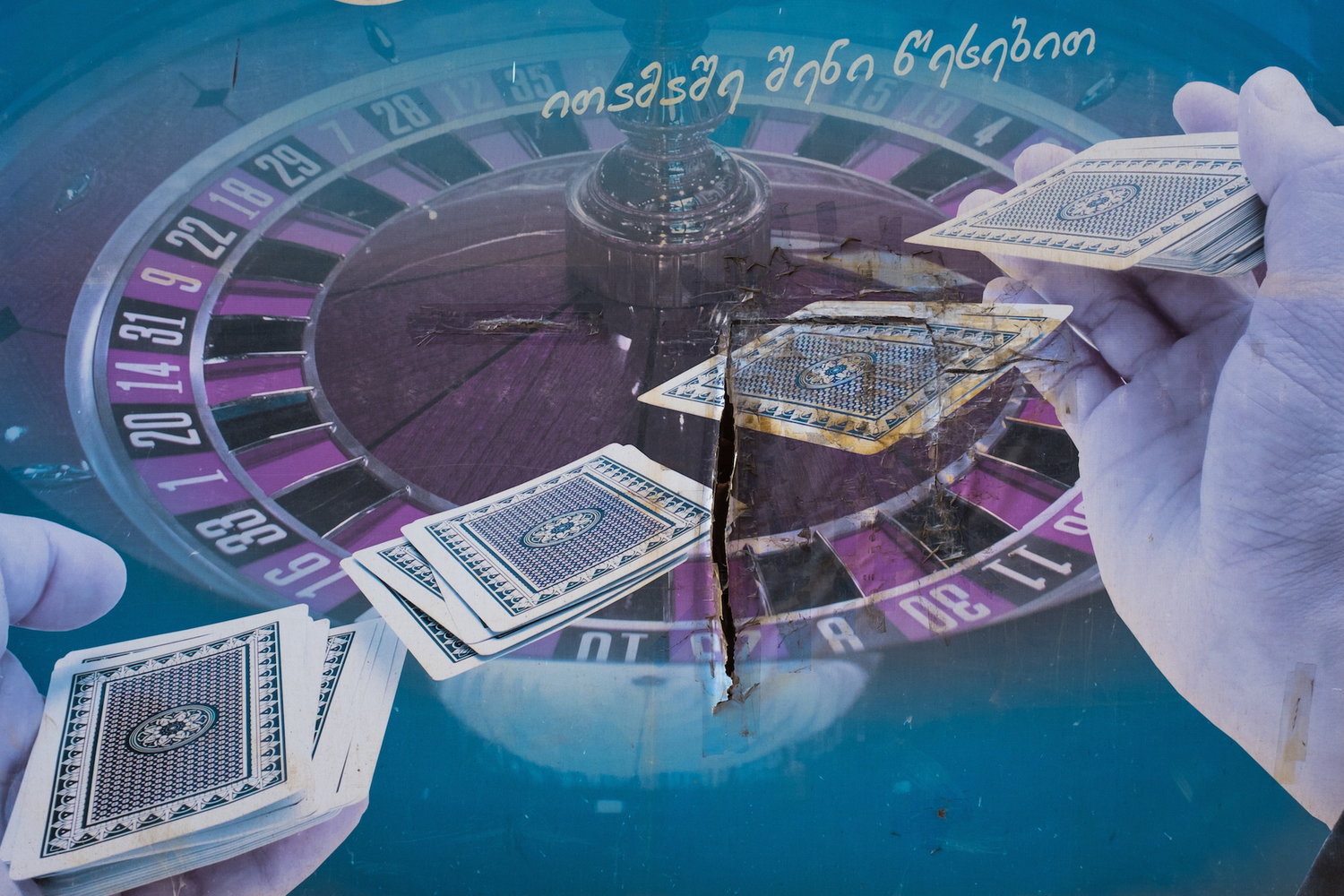 Gambling has become a social plague in Georgia, especially in the countryside. But institutions are very slow in regulating this sector

When 28-year-old manual laborer Elshan Gulmammadov took to the slot machines in the Georgian town of Marneuli last year, all he wanted was money for the birth of his second child and some fun. Instead, he became a victim.

Gulmammadov earns only 10 laris ($4.03) for an eight-hour day toting flour and bread at a bakery in the village of Kizilajlo, about two hours to the west of Marneuli. Although he somehow managed to get a 2,500-lari ($1,010) bank loan to pay for caring for his newborn son, he needed to raise money to pay off the debt. 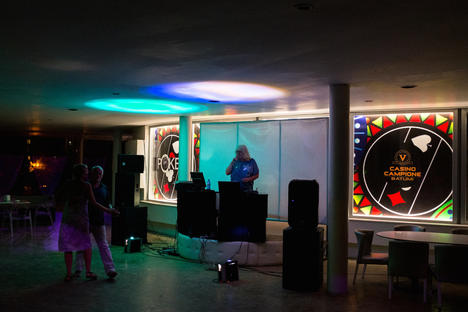 That’s not easy in his native Kvemo Kartli, ranked as Georgia’s lowest-income region. Gambling in the region’s central town of Marneuli, a predominantly ethnic Azerbaijani town of about 140,000, appeared to provide the answer.

First, Gulmammadov bet on soccer matches online. Eventually, he was spending most of the day at a local internet club to watch games and read predictions, he says. Every week, he spent all of his salary on slot machines.

Next, he sold his livestock, and borrowed $1,500 from friends. His father, a porter at the Marneuli bazar, took out a $3,500 loan to cover Gulmammadov’s losses. “I tried to stop [gambling], but I couldn′t,” Gulmammadov says. “There was a voice in my brain telling me to play. İt is a kind of mental illness. But there is no medicine to cure it.”

In downtown Marneuli there are plenty of ways to keep gambling – casinos, totalizators, and more provide much-needed jobs in this agricultural area, where over a third of the working-age population is either unemployed or economically inactive.

But as gambling has boomed in Georgia – over the past two years, the state has received over 357 million laris ($139.3 million) in duties, according to the Revenue Service – rural consumers appear particularly vulnerable to the risks. 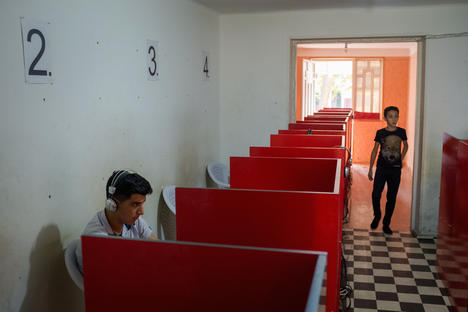 Unlike gambling authorities in some EU countries, Georgia’s Revenue Service, which licenses casinos, provides no public information about where to seek help for a gambling addiction. For budgetary reasons, Kamara, the only Georgian non-profit organization that helps gambling addicts, has no presence outside of the capital, Tbilisi, about an hour drive from Marneuli.

No data exists about Georgia’s gambling addicts, but Kamara psychologist Nino Komakhidze likens the condition to a drug addiction. “Families should treat such an addicted person as a sick person. Families should not think it is a simple disease. It’s a very dangerous addiction” and “very difficult to treat...”

The threat of divorce finally prompted Gulmammadov to stop gambling a few months ago, but he is still desperate for help.  Now working 16 hours a day to pay off the $600 he still owes, he does not have the money for treatment.

His 25-year-old wife, Khayala Najafova, who dropped out of high school to marry Gulmammadov, lacks the job skills to help pay off her husband’s debts.

“I'm so frustrated with living way below our needs,” she confides in the two-room cottage the couple and their children share with Gulmammadov’s parents. “Sometimes I cannot find a piece of bread to give my children. I don′t know how we will pay our debts...”

Stories like Gulmammadov’s are part of the reason why many Kvemo Kartli voters want the government to place restrictions on gambling. They particularly worry about the young.

“Gambling is not regarded as fun, but as a source of money and income...” comments Marneuli MP Savalan Mirzayev, a member of the ruling Georgian Dream party. “We must try to protect the vulnerable people of our country from such games.”

Mirzayev wants Parliament to mandate that casinos be confined to designated zones on the outskirts of towns and that minors be denied entry. 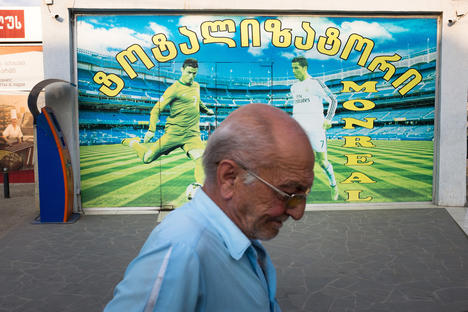 A 2014 opinion poll published by Transparency International Georgia suggested that most Georgians – 92 percent of 1,867 respondents – would agree to a ban or partial restrictions on gambling.

Kamara’s Komakhidze, though, believes that a ban would just cause Georgians to gamble secretly. Instead, she proposes ending media ads for gambling and setting 25 as the minimum age requirement. MP Levan Gogichiashvili, the head of a parliamentary working group on gambling, wants to push for age and other restrictions on online gambling.

Within Marneuli itself, some businesses linked to the gaming industry emphasize that they can only do this much to prevent gambling abuses. Piri Lezgiyev, the owner of a downtown internet club, notes he has “no control” over the websites his clients visit, but claims that few of these customers come to gamble. “Online gambling is widespread in villages because there are no casinos,” he points out. “But in Marneuli, there are many of them.”

It only took one to devastate 34-year-old Marneuli resident Ramin Nagiyev. Two years ago, Nagiyev and his father took out a $15,000 loan to open a beauty salon that sold and rented wedding dresses – a potentially steady business in Marneuli. But when the men’s foreign partner disappeared, the business failed. Nagiyev, like Gulmammadov, turned to gambling to cover the debts.

“[The loss] was the first thing on my mind when I woke up and the last thing before I went to bed,” Nagiyev recounts. “Gambling pushed me to forget everything. I wanted to win what I had lost, that′s all.” Today, he faces debts of over $20,000 and the court-ordered loss of the house where he lives with his two children, wife and parents.

“When I lost all the money, I understood that casinos have been designed for the casinos’ owners to win,” he recounts. “Not for us to make money.’’

The manager of the Marneuli casino Olimp.Bet, underlines, though, that if his business knew customers were borrowing to gamble, “we would probably not allow them to gamble.” But, ultimately, he reasons, “[t]his is their own problem.”