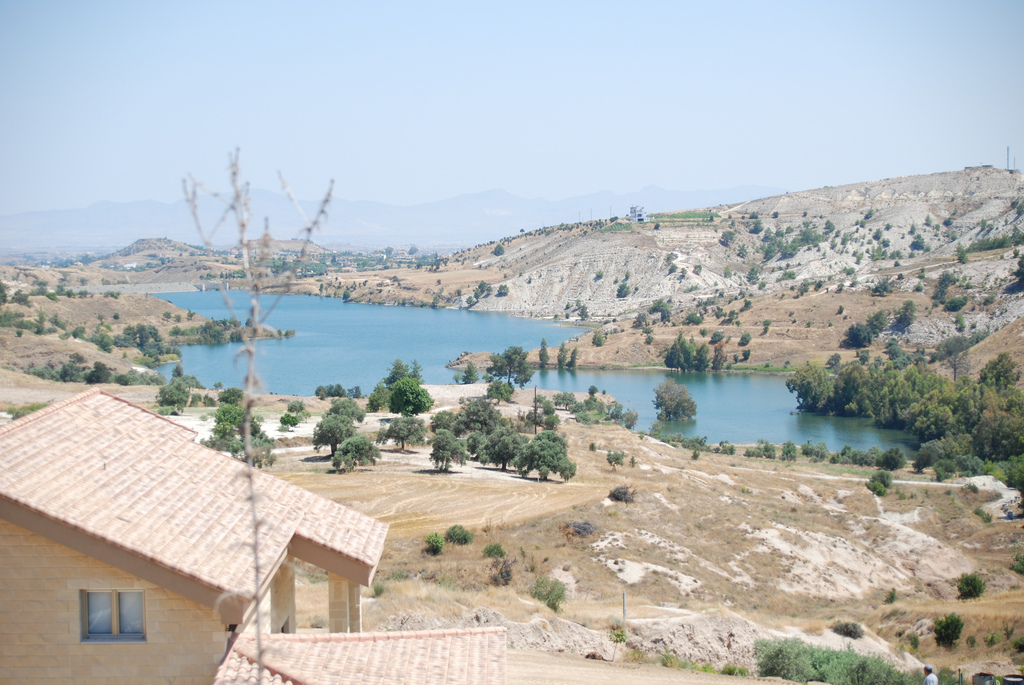 All the citizens of Cyprus, whether in the north or the south, could theoretically vote in the European elections. But this will not happen. The Greek Cypriots are showing scarce interest, while the Turkish-Cypriots are restricted by voting regulations

On May 25, the citizens of the Republic of Cyprus will be called to elect six new European Parliamentarians. However, in recent months, the Greek-Cypriot and Turkish-Cypriot political agenda has only marginally considered the upcoming elections. Those in charge of the elections predict voter participation inferior to 50%, and particularly low among those Turkish-Cypriots, who have the right to vote (around 5%).

Consolidation for the DISY, possible decrease for AKEL

The latest poll conducted by PollWatch2014 forecasts a victory for DISY, which has President Anastasiadis as a member, gaining around 41% of the vote and three Parliamentary members. AKEL should come in second, with 26% of the vote and two MEPs, and then DIKO, with about 13% of the vote, obtaining a single representative. EDEK, on the contrary, will likely be excluded from the new European Parliament.

However other polls, conducted over the past few weeks in Cyprus, predict only two Euro-Parliamentarians for the DISY and one for each of the other principal parties in the field: AKEL, DIKO, Citizens Alliance (represented by Giorgos Lillikas, ex-minister and candidate for the presidency in 2013), and the union EDEK-Greens.

Some observers have interpreted the possible decrease in the popularity of AKEL, as punishment by the Greek-Cypriot electors of the preceding majority party, as being primarily responsible for the economic crisis and the bailout managed by the Troika.

The orientation of the Greek-Cypriot electors, whose attention for more than a year has been focused on the difficult economic situation, seems to indicate either stability or a reinforcement for the DISY, the leading party and the winner of the last presidential elections and either stability or a decrease for AKEL, despite the proverbial punishment of the party by its supporters due to the economic crisis that matured between 2011 and 2013.

The meager public participation in the European Elections diagnosed by both external and internal polls is a predictable consequence of the negative image of European institutions in a country required to make do with the collateral effects of the therapy prescribed by the Troika – including unprecedented levels of unemployment and social distress.

If Euro-skepticism is a phenomenon present throughout the entire European Union, it is nonetheless understandable that it takes a particularly acute form in the Greek-Cypriot context.

Apart from the substantial non-negotiability of the bailout, for the moment it seems rather difficult to convince the average voter that six new parliamentarians for the Republic of Cyprus will be able to influence the decisions of a Parliament composed of 751 representatives.

Regarding the Turkish-Cypriot voters, the scant participation forecast for the upcoming elections derives from other considerations.

Among the citizen and potential voters of the Republic of Cyprus are around 70 thousand Turkish-Cypriots, who reside for the most part to the north of the Green Line. If they participate in the vote they could influence the election of one or two Parliamentarians. However this will not come to pass. All the major parties of North Cyprus – with the exception of the minority party, the “New Cyprus Party” (YKP) – do not intend to participate in the May elections. The reason lies in an old disagreement between the Greek and Turkish-Cypriots leaders in the interpretation of the 1960 Constitution and the European laws in force.

The Turkish-Cypriot representatives have traditionally defended their right to conduct parallel elections and to elect separate representatives on a communitarian basis, according to the spirit of the Republic born in 1960 and the conception of bi-national and bi-zonal federalism hammered out over the course dozens of negotiations. The other side, however, has insisted upon the necessary supervision over voting procedures by the Republic of Cyprus, which for half a century has been the expression of the single Greek-Cypriot community.

In the past, this disagreement has required the Turkish-Cypriot residents of the Republic of Cyprus and the residents of the northern part of the island, to register in dedicated electoral lists and then to head to districts in the southern part of the island to vote in the European elections. The Turkish-Cypriot parties have generally viewed these procedures as an abuse of power by the Greek-Cypriots, which has consequently discouraged participation in the vote.

As has happened in the past, it is likely that these European elections will also see voting by only a few hundred or a few thousand Turkish-Cypriot citizens, a token amount useful only to salvage the appearance of representativeness or institutional correctness. This will be in spite of European pressures that last March led to the approval of a law which rendered automatic the registration of all those having the right to vote, in the hopes of facilitating Turkish-Cypriot participation.

It hardly seems that these measures will be able to change the usual trend for the European elections on the island. Only the allotment of two European Parliamentary representatives to the Turkish-Cypriot community and the development of parallel elections on the two parts of the island would modify this scenario. However, for the moment, this does not seem to be a realizable project.

Nevertheless, three Turkish-Cypriot candidates will participate in the upcoming elections: two independent candidates and one representative of a northern Cypriot party.

Sener Levent, the director of the weekly Afrika, announced his candidacy in January. A spokesperson for the Left most critical of the influence exerted by Turkey on Northern Cyprus, Levent had declared his desire to participate as well in the preceding European elections. However, after an ultimate analysis, in 2009 he preferred to support a Greek-Cypriot candidate.

The second candidate, Erkin Ahmet Salih, is an English teacher who defines himself as an English Cypriot. Due to the inter-ethnic tensions in 1973, Salih moved from Cyprus to Great Britain, where he obtained the refugee status along with his family. After returning in 2010, Salih decided to live in the southern part of the island in order to avoid providing military service to an “non-Cypriot” administration—implying a certain control by the Turkish armed forces over the Turkish-Cypriot forces. If victorious, Salih has declared that he will ally himself with the ALDE, the Liberal and Democratic Alliance.

Finally, Deniz Birinci, responsible for international relations for the TDP (Social Democratic Party), will be a candidate for the Committee for the Radical Left (ERA), a movement born in southern Cyprus but founded on the idea of inter-ethnic cooperation. In keeping with the declarations published in the Greek-Cypriot press, their list will be bi-communitarian. The official confirmation of Birina’s candidacy is expected sometime next week. Levent, as well, must clarify his position before May 2, the deadline for formalizing one’s candidacy.