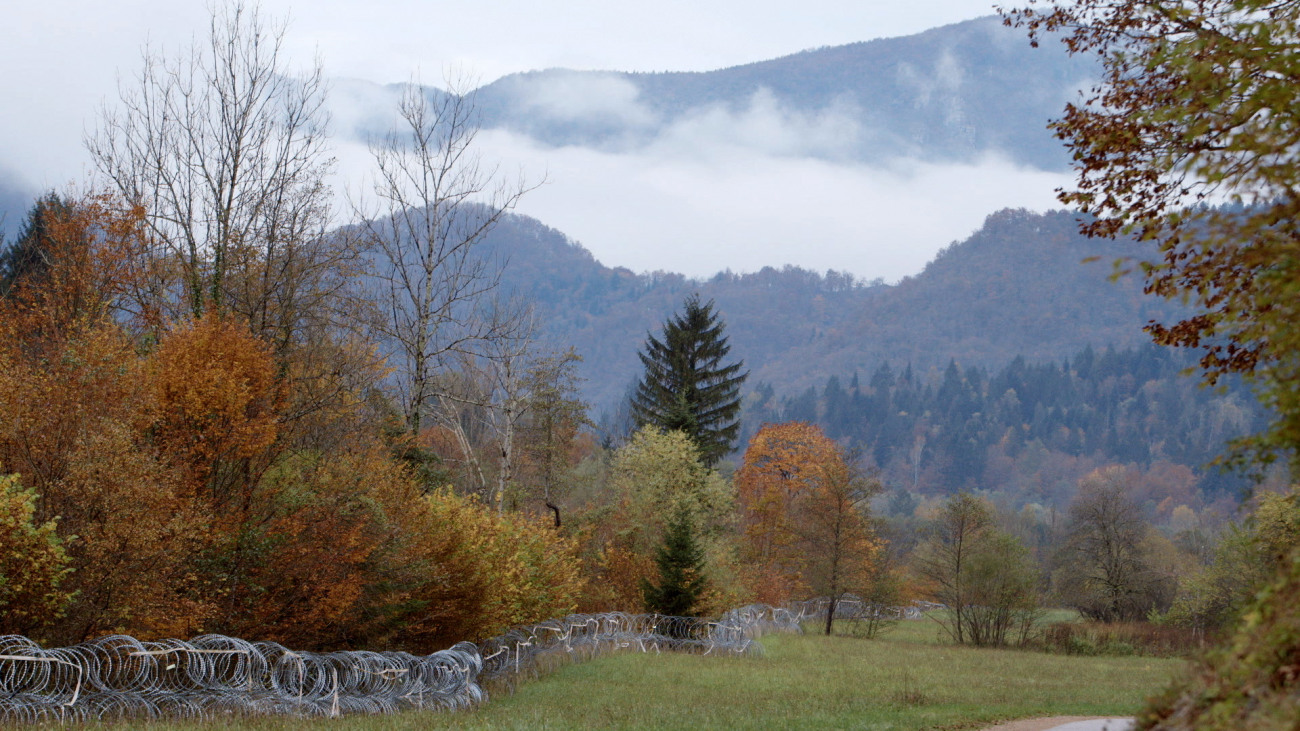 "They ask me 'are you for or against immigration?', but the question makes no sense, there is no need to be for or against, immigration exists. Rather, you have to choose how to manage it". An interview with Tiha K. Gudac, director of the documentary «Žica», barbed wire

«Žica », literally “barbed wire”, is the second documentary by Croatian director Tiha K. Gudac (born in 1982). After making her debut in 2014 with "Goli", which traces the story of her grandfather interned in Goli Otok, Gudac is now dealing with the barbed wire that the Slovenian government has placed on the border between Croatia and Slovenia and the impact that this new wall has on local communities. The film is part of the «Borderline» project produced by Off World  and dedicated to different European borders, told through six documentaries. Žica, released in 2021, won the “Special Mention” award at the RAFF - Rab Film Festival. 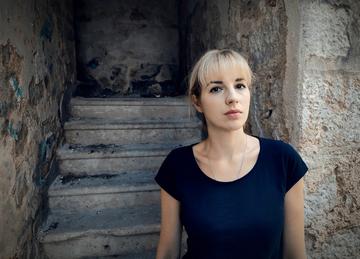 How did the idea of a film about barbed wire between Slovenia and Croatia come about?

It all started in 2016, when the "Borderline" project was developed with the aim of making a series of documentaries on the borders of the European Union. I proposed the Croatian-Slovenian border and made a first trailer. Then there was something truly macabre in the landscape: the Slovenian authorities had placed rolls of "razor wire" on the ground, which is much sharper than normal barbed wire and can cut flesh to the bone. For this, there were many dead animals along the border. My idea was selected and shooting started in 2019.

What is the situation on the Croatian-Slovenian border today?

The Rab   Film Festival (RAFF) reached its third edition in 2021. Organised under the slogan "Budi glas istine" (Be the voice of truth), the festival directed by Croatian journalist Robert Zuber features documentaries and films from the Balkans and beyond. This year the jury prize went to Antoneta Alamat Kusijanovic's Murina, while the audience prize went to Nemanja Ćeranić's Lihar (Loan Shark). Žica received a special mention.

The rolls of razor wire were replaced with a fence on which barbed wire was placed. The barrier is longer and more resistant, but at least less dangerous for those who walk by.

In your documentary you focus on the consequences that barbed wire has in the daily life of those who live close to it. Where did you start from?

I focused on the area around the river Kupa (Kolpa, in Slovenian) that divides the two countries, in particular, the area of Petrina (Slovenia) and Brod na Kupi (Croatia). It is a region that in Croatia is known as Gorski Kotar and where the coldest winters are recorded, second only to those of Mount Velebit. Given these difficult living conditions, the local population united, from one side of the border to the other, and today they make a single community in which both Slovenian and Croatian are spoken, and also a third dialectal language, which is a mix of the first two.

The impression one gets, watching your film, is that the local harmony has been destroyed by an external agent…

Yes, it is not an exaggeration. I think of the story of Zlatko, one of the protagonists of the documentary. He lives on the Croatian side of the river, but since there is no road at that point, he crosses the Kupa with a small boat to shop or find what he needs on the Slovenian side of the river. Many others, on the other hand, have the house on one side and the fields on the other and therefore use the small bridges to go to the other side. And then, with the barbed wire, all the minor crossings have been closed and now people have to go around 40 km to get to the other side. 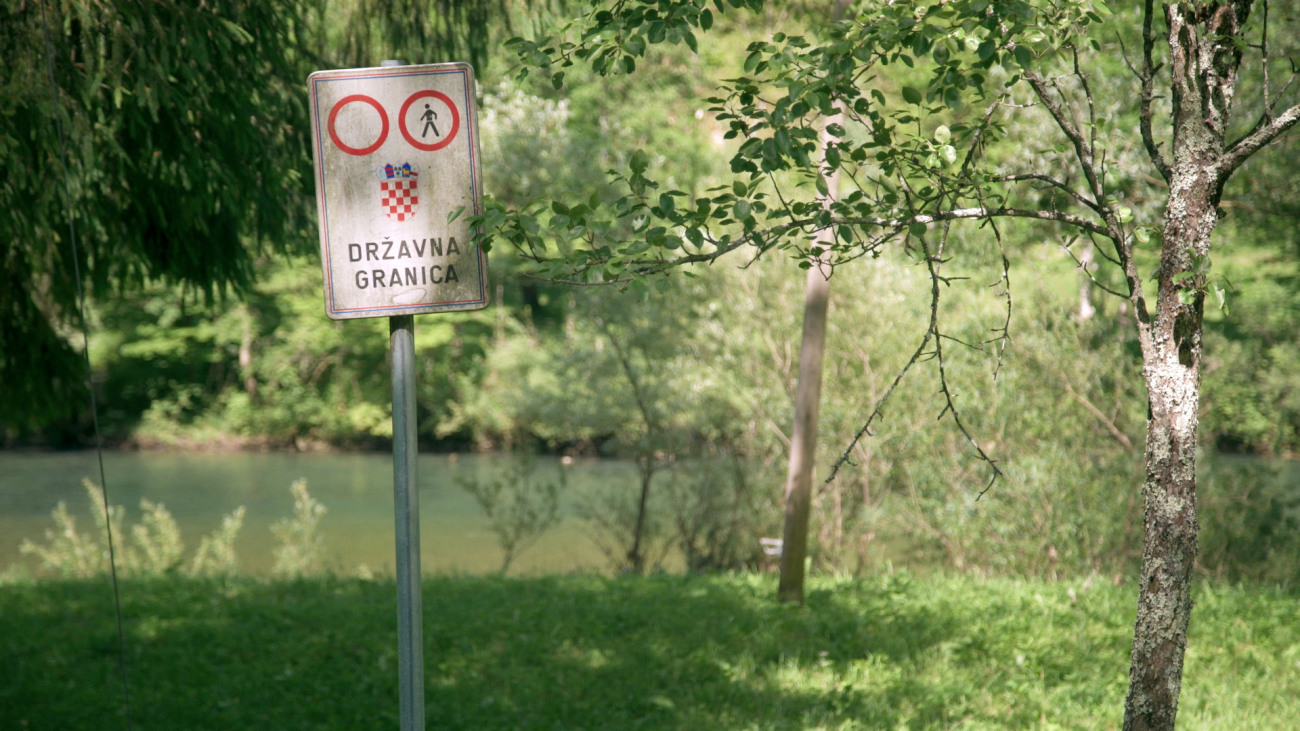 There is a beautiful scene in the film, in which the local police are seen trying to convince the inhabitants of the need for barbed wire…

All the protagonists of the film find themselves in a situation they do not want to be in. The policemen are local people who have found a secure and stable job in an area where there are no factories or large companies. Now they find themselves having to place barbed wire and make illegal pushbacks. The local population, of course, rejects barbed wire, because it separates communities, prevents animals from reaching the river, etc. Finally, migrants arrive from the other side of the world and try to survive and cross the border.

The film also follows the story of Omar and Mohammed, two migrants who try to reach Italy from Bosnia and Herzegovina. Their testimony of pushbacks is very strong…

I remember one day during filming when we chatted in Velika Kladuša (Bosnia and Herzegovina), pretending to have a normal conversation. One of them asked me what my hobbies were and when when his turn came he said: “I walk through Croatia until they bring me back”. They tried to get to Slovenia 10–15 times and were beaten and pushed back each time. The violent behaviour of the Croatian police is unacceptable not only because it violates the human rights of these people but, if we like, it is also irresponsible towards European citizens, because it traumatises people who will then arrive in Europe, full of fear and anger.

What is your idea of the way in which European governments are responding to the migration issue?

I have the impression that they do not want to see reality. There is talk of a "crisis", when in truth migrations are not a passing phenomenon, but one which will indeed last and, I fear, increase in the coming years. The focus of my film was barbed wire, but inevitably it expanded to immigration and I realised that people have a black and white vision on the subject. They ask me "are you for or against immigration?", But the question makes no sense, there is no need to be for or against, immigration exists. Rather, you have to choose how to manage it. And since it is a complicated phenomenon, we need a more articulated answer than a wall or a barbed wire barrier, which ultimately serves no purpose. 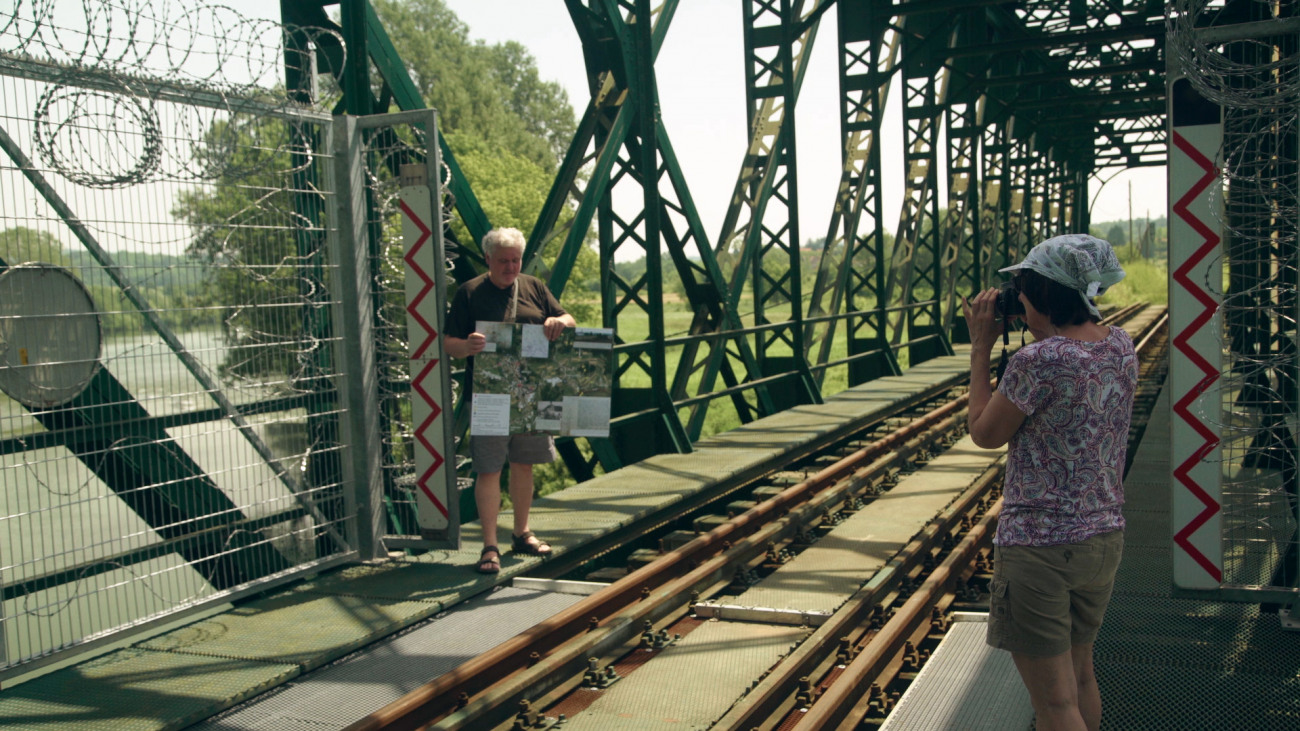 Your film has already been presented at several festivals in Germany and the Balkans. What have been the reactions so far?

The public is amazed, because we are talking about familiar places, very close. In Slovenia, however, the film has not yet been screened, it will soon be at the Portoroz film festival. But with regard to pushbacks or violence against migrants in general, it does not seem to me that there is a real public debate. There are many inquiries, publications, but when you look at the statements of political leaders, there is only denial. And I am sorry, I would like society to react more, because otherwise you end up getting used to everything, like the barbed wire in front of your house. And if we look at the last ten years in Europe, with the excuse of the lesser evil or the necessary evil, we have actually become accustomed to the advance of fascism.

The Rab   Film Festival (RAFF) reached its third edition in 2021. Organised under the slogan "Budi glas istine" (Be the voice of truth), the festival directed by Croatian journalist Robert Zuber features documentaries and films from the Balkans and beyond. This year the jury prize went to Antoneta Alamat Kusijanovic's Murina, while the audience prize went to Nemanje Ceranica's Lihar (Loan Shark). Žica received a special mention.