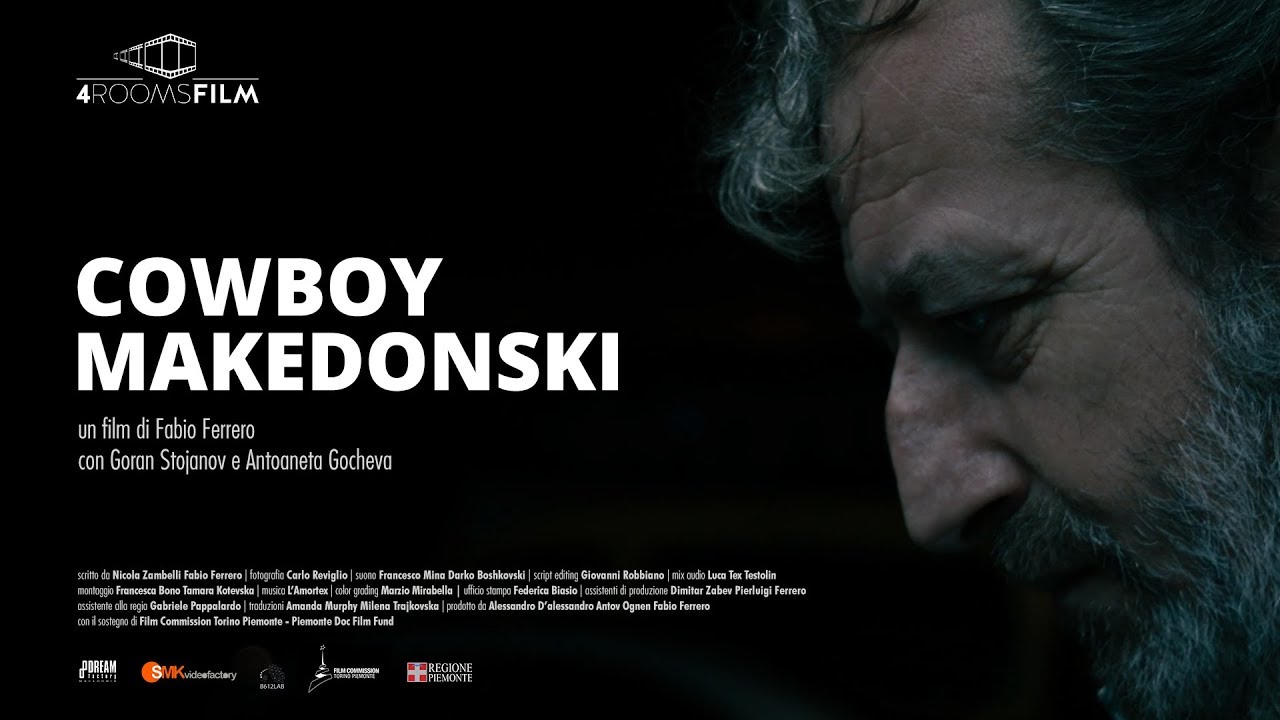 A documentary tells the story of a young Macedonian who arrived in Italy in the 1990s, looking for a job. We talked with the authors of this Italian-Macedonian production

The documentary "Cowboy makedonski", recently presented at the Turin Film Festival, turns the spotlight on both an individual story and a wider phenomenon in the background.

The story is that of Macedonian Goran/Giorgio, who in 1993, at the age of 18, arrives in the Langhe, where he quickly steps up as a middleman for the organisation of the Macedonian workforce in the wine sector, managing over 140 workers.

In particular, the film tells the descending journey which leads him to the failure of his migratory project and to the return to the motherland, where however it seems like there is no longer a place for him. The film highlights both the drama of failure and the protagonist's ability to pull himself up, also thanks to the support of the strong figure of his companion, Antoaneta.

In the background there is the phenomenon of Macedonian migratory niches in Italy's fruit and vegetable, agro-pastoral, and building sectors. Remittances are a key sector of Macedonia's economy, as the domestic political situation has experienced moments of great instability in recent years and, according to the latest World Bank report, 23% of citizens live below the absolute poverty level.

According to ISTAT data, however, the Macedonian community has greatly reduced its presence on Italian territory, going from 92,847 in 2010 to 65,347 in 2018, with a decrease of almost 30%. These figures, however, could be distorted by the ever-increasing use of the Bulgarian passport.

To talk about "Cowboy makedonski", an Italian-Macedonian co-production, and migratory flows from Macedonia to Italy, we interviewed director and author Fabio Ferrero and author Nicola Zambelli.

How and why did your interest in migratory flows between Italy and Macedonia start?

We met in Bulgaria and we tried to investigate the connections between the Balkans and the territories in which we live. In particular, Fabio has come across the story of the growing Macedonian community in the Langhe. When we started working on the project, between settled and seasonal workers there were about 10,000 Macedonians in the area. Originally, the documentary planned to tell a choral story, focusing in particular on the two migratory phases that characterised these flows. The first, more savage, which lasted from the 1990s until after the crisis – a sort of "race to the West" – when the Langhe were in a period of reorganisation that would result in the title of UNESCO world heritage. A divide between the two phases can perhaps be found in a report by Giancarlo Gariglio, who exposed the phenomenon of illegal recruiting (caporalato) and informal work. After that investigation the territory, which had been exploiting those flows, began to try to govern them through regulation. Later, we met Goran Stojanov and Antoaneta Gocheva, who soon became the protagonists of the story.

How did the Langhe meet Macedonia?

It was initially a casual meeting. Among the first Macedonian migrants to arrive in the Langhe there were individuals, like Goran, who understood the need for labour. In those years, producers were making technical improvements and strong investments in territorial marketing that focused on the promotion of wine tourism. In this context, networks were needed to provide labourers. In the film we tell the story of Goran, the first to have the resourcefulness to establish himself as an intermediary.

From which areas of Macedonia do these migratory flows come from? What are the relationships with other communities of migrants on the territory?

The overwhelming majority of Macedonians in the Langhe come from the eastern parts of Macedonia at the border with Bulgaria, for example around Delčevo. During the harvest a coach, on which we also travelled, connects Canelli with Macedonia twice a week. It was not Macedonia's winemaking tradition that influenced these flows, but rather a certain expertise that was handed down among the workers. In particular, in the phase of "spontaneism", the experience acquired in the field determined the amount of payments.

As for relations with other communities, Macedonians rely on networks established for decades, but we are witnessing new phenomena. From a recent report carried out with Maurizio Pagliassotti of Il Manifesto, it has emerged that, faced with a reduction in pay, Macedonians go with vans to pick up labourers from other communities in Saluzzo, and then take them to the Langhe.

As regards the different stages of Macedonian migration, what are the figures?

In the first phase there were about 10,000 permanent and seasonal workers in the Langhe, with a prevalence of the latter. In the second, about 3,500-4,000 permanent and as many seasonal workers, but this is difficult to estimate as many Macedonian migrants also hold a Bulgarian passport. Many arrive from Macedonia to Canelli and from there they move later to other areas. Although most of the workforce is male, several women also work in the vineyards, many of whom expatriate with their partners.

What is the extent of the informal economy?

We witnessed very precarious situations, in particular when we started the work. We visited farms that served as dormitories for 20 or 30 people. In the years of the "Far West", in the industrial area of ​​Canelli there was a shantytown like the one still present in Saluzzo, where every bus that arrived unloaded about fifty laborers. A bar acted then as a reference point for the recruitment of newcomers. However, despite the difficult conditions, the testimonies gathered conveyed the expectation of being able to live for much of the year in Macedonia with what one had earned in Italy during a season.

The journalistic investigations carried out on this phenomenon, which negatively influenced the image of the area, led to a reorganisation of labour into small cooperatives, while the most problematic situations have been dismantled. However, in terms of informal work and caporalato, it is hard to say how much has changed.

What is certain is that the supply chain has shrunk, cutting away the parts that are no longer useful, including the figures of middlemen like Goran. At the beginning of the film, we have a provocative line. Introducing himself, Goran says that the Italians call him a caporale and the Macedonians a "cowboy", with all the implications of these words. In the golden years, Goran recruited over 140 people, owned several vans, and when he returned to Macedonia he was considered by many as a hero, a cowboy, without the stigma of the Italian word caporale. He rather regarded himself as an entrepreneur, who made profits and established a human relationship with workers. During our journey in Macedonia we felt his popularity in his places of origin. With the transformation of production processes, other actors have emerged, including small co-operatives, which gradually removed him from the market.

The figure of Goran, with the power relations that surround him, remains ambiguous. Does the film look for answers? How much does the documentary tell an individual human story or rather explore the impact of the crisis on immigrants already in Italy for many years?

In the film, which is not a work of inquiry, the issue of caporalato is held in the background, while the focus is on the human drama of the character, a middle-aged man who is cut off from the labour market – a migrant who made good fortune and then loses everything. On the other hand, the figure of Goran becomes the emblem of stubbornness in wanting to start again, insisting, as we see him do when he plays the slot machines, always pressing the same button. Certainly his story speaks of much else, for example of the migrants who arrived with the first waves of migration, were not able to adapt to the transformations under way, and were forced to leave. In the film we see Goran himself leaving Italy for Germany, as many Macedonians did. However, even in Germany, which Goran saw as an even more Western West, it did not go well and so he returned to Macedonia, where he is trying to start one more time.