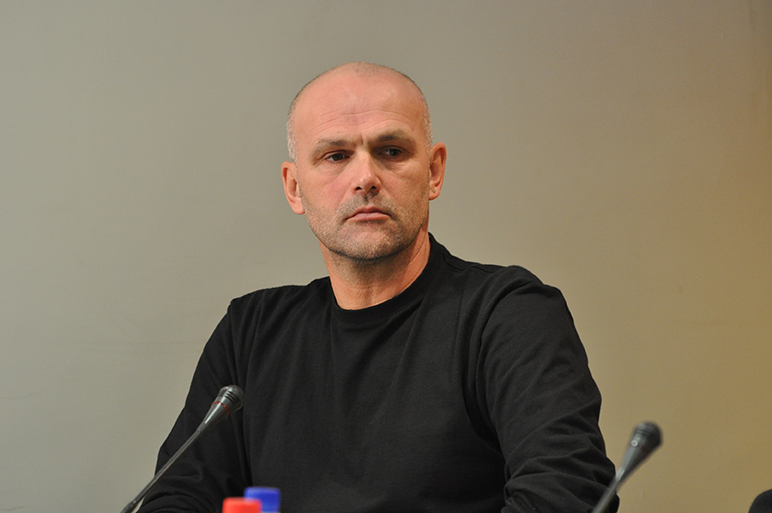 For the second time in two years, Croatia was visited by a delegation of associations for the protection of media freedom – a negative record for a EU member. We talked about it with the president of the Association of Croatian journalists

After a first visit in 2016 and the publication of the report Croatia: Media Freedom in Turbulent Times, a delegation of associations for the protection of press freedom (including Reporters sans frontières , the Association of European Journalists , and the South East Europe Media Organisation ) returned to Zagreb on January 16th. In the meantime, the government of Tihomir Orešković, which had raised concerns over the measures taken against the media, was replaced by Andrej Plenkovic's, but without significant changes in terms of media freedom and journalists' condition.

During the meeting Pauline ADES-MEVEL, Head of Balkans for Reporters Sans Frontières, said: "Croatia has lost ten positions in the RSF index on freedom of expression since it joined the EU. Also in Bulgaria the situation has worsened since EU membership (and today the country is last in the EU in terms of freedom of expression). We hope therefore that Croatia does not follow the example of Bulgaria". We talked about this with Saša Leković, president of the Association of Croatian Journalists (HND - Hrvatsko novinarsko društvo ), present at the meeting with the delegation.

Why this second mission in Croatia?

Croatia is the only member state of the European Union receiving two visits in two years. This shows how bad the situation in this country is. Something like this has never happened anywhere else, not even in Hungary or Bulgaria, which are often portrayed as the worst countries in terms of media freedom.

What is happening in Croatia?

Worsening conditions for the press have been visible for some time, but have become evident in the last two years, since the Orešković government came to power and especially because of the way Karamarko [former president of the HDZ, ed.] managed the issue of the media and freedom of expression in general. He has become famous for the statement – which was not just about journalists – that "within the walls of their house everyone can say and think what they want, but they cannot do the same in public".

In the same period the association of journalists HNIP (Hrvatsko društvo novinara i publicista ) was created, which is in fact a political organisation. Similar bodies (i.e. press organisations parallel to those already existing) were created in the past in Slovenia during the Janša government or in Macedonia under the Gruevski government. Their goal was to harm the profession and, in the Croatian case, the Association of Croatian Journalists (HND). They did not make it, but they did achieve another goal, i.e. to take control of the Croatian radio and television, HRT.

The public service has always been a "war booty" for those who come to power, but, from the 1990s on, the situation has never been so alarming. Over 70 people were fired without any explanation [after the arrival of Orešković's government, ed.] and replaced by HNIP members or allies. 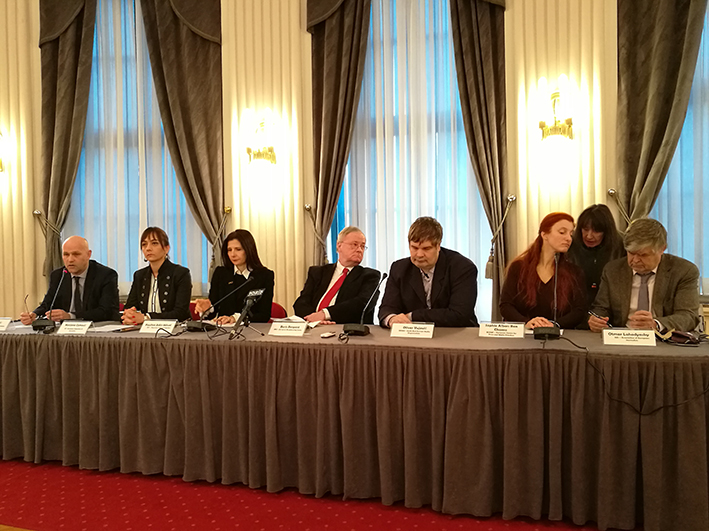 What is the point of this new delegation's visit – can the pressure of the international community really change something?

The mission of the HND is to fight for freedom of expression, freedom of the media, and the possibility for journalists to do their job professionally, in compliance with journalistic ethics.

After the last visit, the delegation published a report on the state of the media in Croatia and warned the authorities not to allow these practices, which in fact threaten journalists. The authorities did nothing.

Now, we could stop here, say that we did not obtain anything last time and that therefore there is no point in a second visit. But, if we do nothing, it makes no sense to do this job... My task is to point out irregularities and problems, just as the task of politicians is to create a legal framework that allows journalists and the media to work professionally and without pressure.

However, Croatian law does punish those who threaten or attack journalists...

Of course, but it depends on the type of threat or attack. In most cases, let's say we do not even get to know who is responsible...

Only when perpetrators do not hide their identity, or use their real name and phone number, does the police find them (which is not very difficult). But if they create ad hoc profiles just to threaten journalists, or if they send anonymous letters without their fingerprints, then the police will not get anywhere.

In recent years, we have had many cases of threats against journalists, both verbal and physical. But even if a case arrives in court, the maximum penalty is probation, so no one has ever been imprisoned.

And what is the reaction of the authorities? In Serbia, for example, they have verbally attacked journalists directly. What about Croatia?

There is a difference in the way in which journalists are prevented from doing their job, but the end result is the same.

It is true that in Serbia the authorities "settle accounts" with journalists in a much more aggressive way: they accuse them of being spies, mercenaries paid from abroad, or of wanting to organise an attack against President Vučić... The media landscape is also different. In Serbia there are at least two very important investigative portals, CINS and KRIK , which carry out great investigations and annoy the authorities, but otherwise, most of the media is at the service of the government: the tabloids (which are also the most sold and read newspapers) and television channels that help the government attack journalists.

In Croatia, such tabloids do not exist, but there are many websites that perform a similar function, although, it must be said, they do not have as many readers and as much impact as tabloids in Serbia. Furthermore, the Croatian government is not so compact. The ruling coalition is made of many factions and even the HDZ is not a compact party.

The problem, however, is that the government does not protect journalists, but ignores them. The new government took no account of our warnings about threats against journalists, censorship, and in short, all the problems that threaten freedom of the press. Worse, there have also been politicians who have attacked journalists in public. And only recently did Prime Minister Plenković say that "journalists should not be attacked", but it is only one sentence, while he usually has nothing to say on threats.

You said that, in the last few years, many websites have been created in Croatia that in some way damage press freedom. Who is hiding behind them – is it an actual movement or a marginal phenomenon?

As far as I know, no research has been done on the profile of the owners of these sites. But, even if they do not have a large audience, we should not underestimate them because this is a very serious trend, given that the government does not defend journalists. If the government showed firmly that journalists cannot be threatened or fake news published without being punished, these sites would be less important.