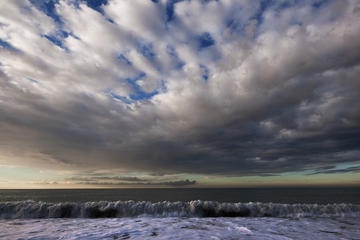 During the mission, special attention was paid to Croatian public broadcaster HRT . Six prominent international media freedom organization delegates, members of the Mission, point to the need for the public broadcaster to be able to provide balanced coverage of the campaign leading up to the country’s September 11 parliamentary elections.

The group highlighted in its report that government interference at HRT is the key challenge to media freedom and independence in Croatia. The report points out to mass staff restructuring and paradigmatic programming change as evidence of “an attempt by the outgoing government to colonise HRT for its own means”.

Croatia’s Parliament, then led by a barely one-month-old coalition between the right-leaning HDZ and the centrist Most party, fired HRT’s director-general in March and appointed an acting director who proceeded to demote or reassign approximately 70 journalists and editors as part of what critics have called an ideologically driven “purge”. In July, the HDZ-Most government amended the law to allow the acting director to remain in office through the September election, a move today’s report said was “suspicious” and lent support to charges of deliberate politicisation of the broadcaster.

The report summarises the findings of a June 21-23, 2016 international media freedom mission to Croatia led by the South East Europe Media Organisation (SEEMO) and including representatives from the European Broadcasting Union (EBU), the European Federation of Journalists (EFJ), the European Centre for Press and Media Freedom (ECPMF), the International Press Institute (IPI) and the Austrian section of Reporters Without Borders (RSF). The Office of the Representative on Freedom of the Media of the OSCE joined the mission as an observer.

Among the report’s most troubling findings is the rise in nationalistic and revisionist discourse within Croatia’s public sphere that is also being used to intimidate critical media. Leading public figures, including former HDZ head Tomislav Karamarko, have openly expressed a desire to “get rid” of “leftist” media, while journalists and media houses that fail to demonstrate sufficient “patriotism” are routinely smeared by politicians and others as “traitors”.

Members of the mission deplored Croatian leaders’ failure to condemn a January 2016 protest against the country’s electronic media regulator in which demonstrators shouted fascist salutes against the regulator’s president, an ethnic Serb.

Among other things, the report also:

- condemned a continued failure by Croatian authorities to fully investigate physical attacks and threats against journalists;

- applauded recent reforms to protect journalists from Croatia’s criminal ‘shaming’ law, but continued to urge Parliament to repeal all forms of criminal defamation;

- called on the government reconsider moves to withdraw funding for minority-language media and non-profit media;

- noted “serious omissions” in monitoring and enforcement regarding legal provisions on transparency of media ownership; and

- underscored the need for solidarity among journalist organisations in the face of threats to media freedom and media independence.

The delegation previously welcomed comments by President Grabar-Kitarović, made during the June 21-23 mission, in support of safeguarding HRT’s independence as well as repealing the criminal ‘shaming’ provision.

The mission arrived in Croatia just days after the HDZ-Most coalition collapsed after less than six months in power. The collapse was directly preceded by allegations, first revealed by the Croatian weekly Nacional, that the wife of HDZ leader and vice prime minister Tomislav Karamarko had been a paid lobbyist for the Hungarian oil company MOL, which had been in arbitration proceedings with the Croatian government.

After a successful no-confidence vote against Prime Minister Tihomir Orešković on June 16, Parliament dissolved itself in July, paving the way for September’s elections.