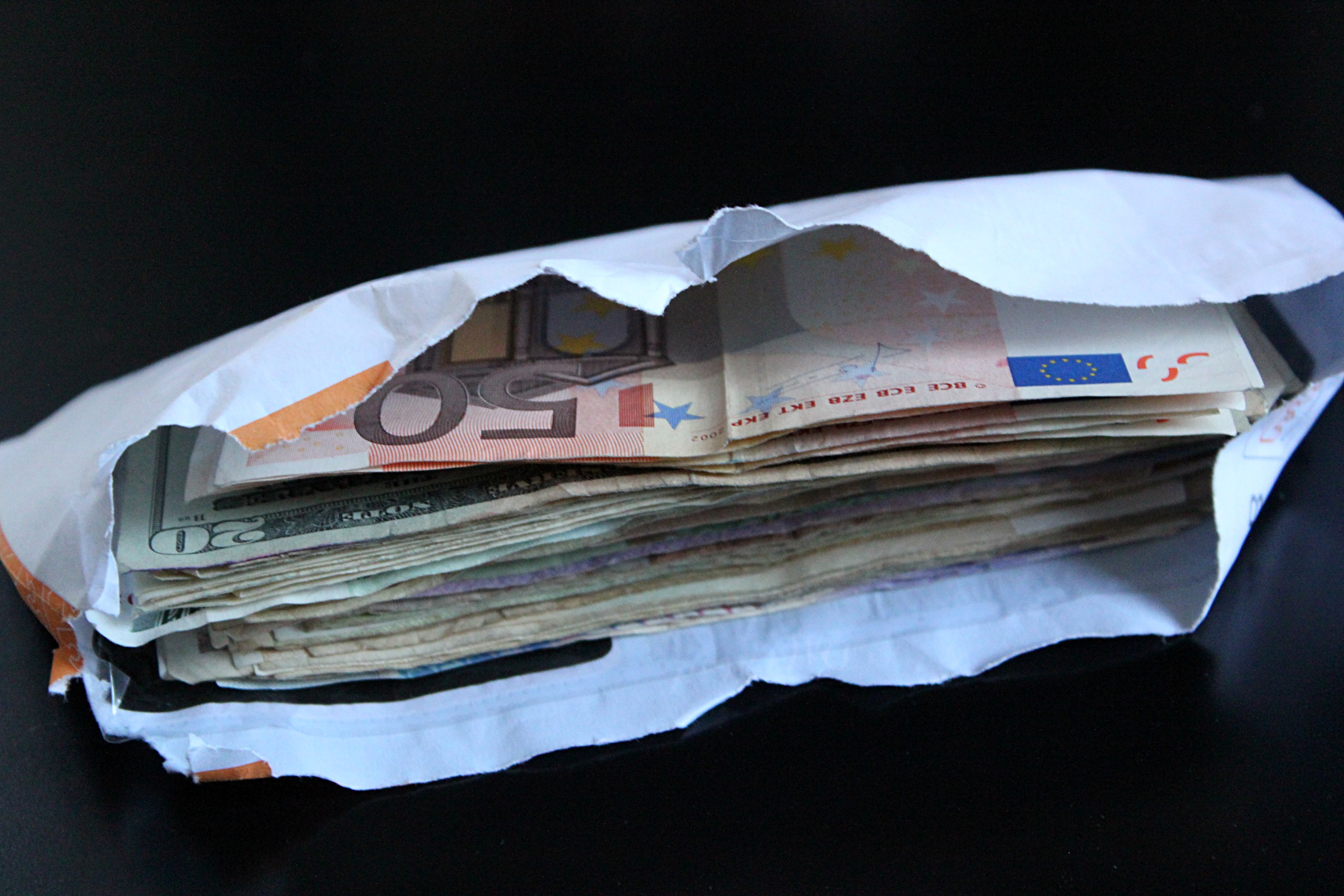 In his most recent televised address to the people, Russian Prime Minister Vladimir Putin said corruption in Chechnya was minimal. In reality, it is enough to spend a few days in the region to realise that corruption, like a spider web, envelops almost every sphere of life in Chechnya starting in primary school

While the slogan "stop feeding the Caucasus!" - a rallying cry for those who oppose Russian spending in the region - is becoming more and more popular in Russia, Vladimir Putin has confirmed continued investments in the development of the North Caucasus. According to many Russian analysts, most of this money ends up in unidentified pockets. Verifying these charges is very difficult given the close ties of kinship and clan that bind leaders in Chechnya, as well as in all the republics of North Caucasus. Styles of governance across the region have a lot in common: violent authoritarianism, nepotism, and a total lack of transparency in financial flows; complete control of the press and television; and the active promotion of the cult of personality.

All of this creates a context common to much of southern Russia. Yet, in terms of corruption, Chechnya is certainly a case in point, both because of the devastating effects of two bloody wars, now combined with substantial flows of reconstruction funds, and because of Ramzan Kadyrov, Vladimir Putin's charismatic protégé. Indeed, when some nationalist groups in Russia yell "stop feeding the Caucasus!", what they are thinking of are Chechnya's stunning construction projects. The tallest building in the North Caucasus, the largest mosque in Europe, and the world's largest analogue clock (atop a 45-floor building) can all be found in today's Grozny. If, however, Russian nationalists are troubled by the huge funds flowing into a traditionally hostile republic, what worries Chechens – who do not see a dime of it – is the daily fight against corruption.

Corruption, extortion, and a system of gifts and grants incomprehensible to the layman are normal in the Chechen republic. For example, it is common knowledge that one usually has to pay a bribe to obtain any document in a public office. For a certain price, any doctor will certify your eligibility for a disability pension, even if you are in perfectly good health. It is enough to go to the doctor's office and, for a price, one can get a pension starting the very next month. In the meanwhile, thousands of genuine invalids who cannot afford the bribe are forced to spend entire days waiting in exhausting lines and undergoing humiliating medical examinations to prove they really are sick. For a passport, it goes without saying, the bribe is the rule: the price is 300 dollars or 250 Euros in addition to the 2,500-rouble fee. According to a woman who got a passport recently, the officer's desk had separate drawers for dollars, for Euros, and for roubles to make counting easier. When she handed him her bribe, the officer, unfazed, added the 250 Euros to the pile of Euro banknotes he held neatly together with a rubber band.

In Chechnya, money solves everything. Money buys you a degree in medicine even if you cannot give an injection. Then it can also buy a high post at any hospital or clinic so that you never need to give injections, only to do administration. You can become a university professor even if you have nothing to teach. In a country where young people under the age of 30 can have impressive careers and quasi-magically become representatives, deans, and Heroes of Russia, there is nothing money cannot buy - it is only a matter of price. Those with less money buy pensions and benefits. Those with more money buy posts that give them power over the distribution of pensions and benefits. But the problem is not corruption per se, but the fact that it has somehow become normal. This system undermines the very foundations of society and creates a climate in which those who do not have the opportunity to collect bribes envy those who do, and those who are forced to pay a bribe today will extort one tomorrow if they have the chance.

The habit of corruption is established in early childhood. At school, children are exposed to corruption for the first time and learn how life works outside the school's walls. The school, a state institution all Chechen citizens come in contact with, is also the perfect example of how money is made in Chechnya. Three years ago, for example, the government imposed the uniform in schools of all levels – a black skirt, white blouse, and compulsory veil for girls; jacket, black trousers, and white shirt for boys. Nothing special so far, except that the uniform is only considered acceptable if tailored in a specific fabric and pattern, i.e., if produced by a particular company owned by the dominant clan in the country. Dressing a child for school costs at least 70 to 80 Euros for elementary school students and 150 to 200 Euros for high-school students. If considering that Chechen families are usually large, the subsidy per child amounts to about five Euros per month. With an unemployment rate in Chechnya among the highest in Russia, one can imagine the effort this entails.

Another popular way to squeeze money from students and parents is through the sale of textbooks. Schools and teachers require students to have the latest editions of textbooks, as imposed on schools by the Ministry of Education. This is how it works: every year, the Ministry buys a certain number of books from Russian publishers at a discount and receives other copies to be distributed to the worse-off for free. The textbooks are then sent to schools where teachers sell them to students at market price. The proceeds, of course, go to the ministry employees. The odd thing is that every year students are obliged to buy the newest editions of books, even if they are exactly the same as an older printing from the year before, with the same subject and author. Books that could be passed on to younger brothers and sisters might as well end up in the trash, because using them is expressly prohibited by the Ministry and the schools.

For teachers, another common way of earning a little extra is to give private lessons, a practice that is a little different in Chechnya than in Western countries. Here, teachers purposefully lower students' grades to force parents to send them to private class. The very same teachers then, instead of doing their work during school hours, teach the very same students in their spare time – though not individually, in groups. If you happened to walk into one of these "private lessons", you would not be able to tell the difference between it and a regular school class, also because the lessons are often held on school premises.

Ayna lives in Grozny with her son, who attends one of the best schools in the capital. A few years ago, when they used to live in Moscow, the child was regarded as one of the school's most gifted pupils and won several awards in a school prize ceremony. In three years of school life in Chechnya, however, he had not gotten one good mark, no matter how impeccable his tests were. Teachers regularly complained about his "poor performance", and finally someone hinted to Ayna that the boy would fail if she did not send him to private classes. Ayna has, since then, paid for "private classes" for her son in maths, physics, and Russian, and her son has suddenly become one of the best students in the class.

On average, private tuition costs between 1000 and 2000 roubles (25 to 50 Euros) per month, per subject. If parents are unable to pay, children are faced with regular low marks, hostility from teachers, and prospects of failing the year. Teachers justify their less-than-pedagogical behaviour with their own need to pay regular bribes to Ministry employees who, in turn, are said to raise money for the Ahmad Kadyrov fund, run by Ramzan Kadyrov's mother. The fund, which supports many charitable and reconstruction projects, is officially financed by the voluntary contributions of Chechen entrepreneurs. According to unofficial information, however, significant amounts come from bribes collected by civil servants and entrepreneurs.

Corruption in the education system is hardly unique. According to independent experts, the peak period of corruption was between the early 2000s and 2009 approximately. Those who filled their pockets at the expense of Chechnya, which was wrecked at the time, included soldiers of the Russian army and many police and special services officers. WikiLeaks has published a dispatch from that time period, from the former U.S. ambassador in Russia, which told how the Chechen government systematically "appropriated" a large portion of Russian humanitarian aid and the federal government had to tolerate it to "keep the situation quiet". Two years ago, Kadyrov announced that corruption would be equated with terrorism and launched an anti-corruption fight. Since then, local television news shows have featured some dramatic arrests of officials accused of corruption, but the air in the country has not become any cleaner. Corruption has simply become cleverer, less blatant. Against this backdrop, Putin's statement about the low level of corruption in Chechnya sounds cynical, to say the least.