Chechnya’s courts: a tool for the authorities and a thorn in their side 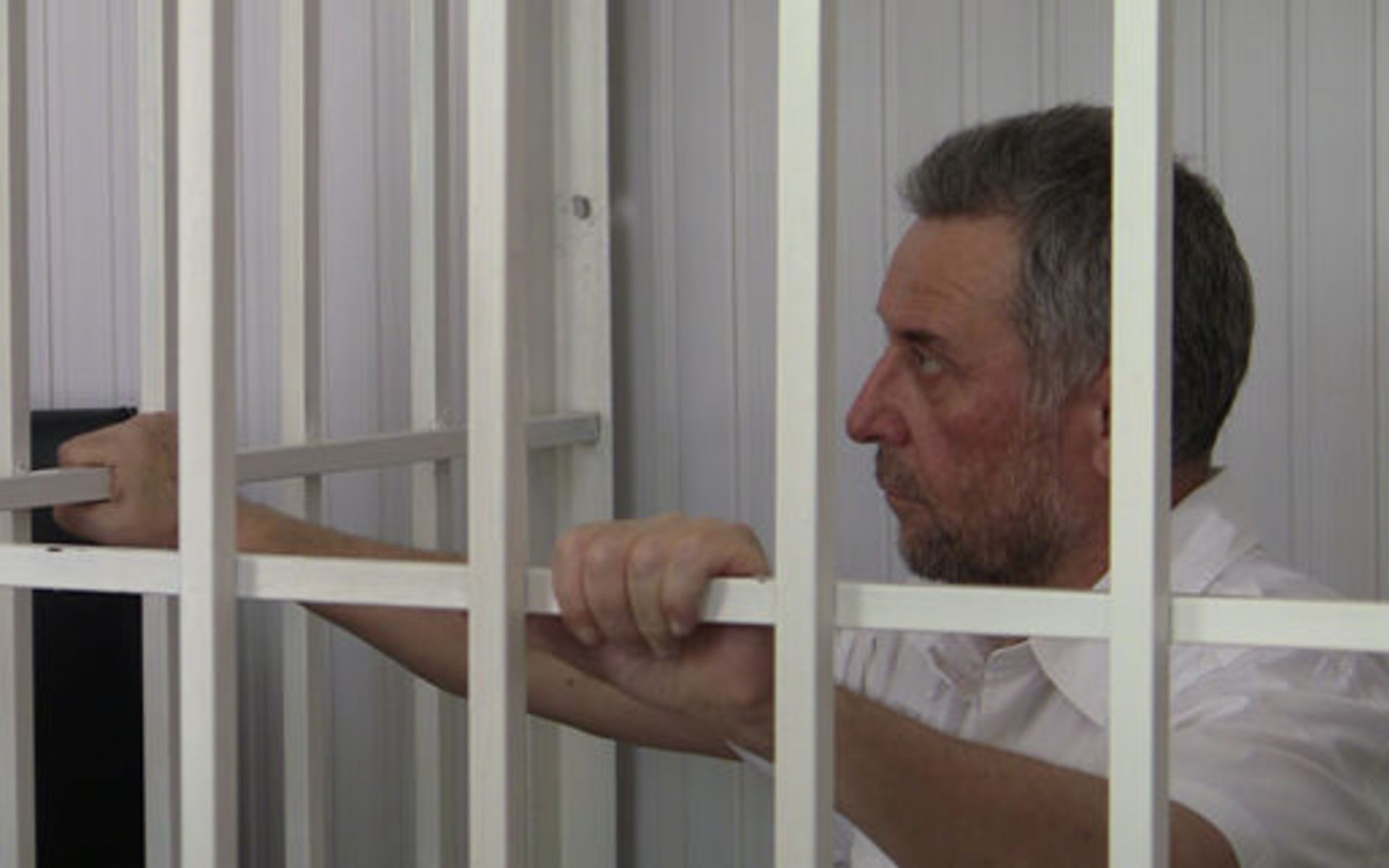 It is no secret that the courts in Russia fail to maintain their independence from the government. This is perhaps most acute of all in Chechnya

Courts in Grozny heard two widely publicised cases in early May. One, the trial of Chechen writer Rizvan Ibragimov, who was accused of inciting ethnic hatred through his books. The other, the parole hearing of Chechen politician and activist Ruslan Kutayev, who has already served three years in prison. His lawyer, Pyotr Zaikin, asked the court to grant Kutayev parole, but the appeal was rejected, supposedly because he had recently been reprimanded by prison authorities for violating the rules.

Kutayev, fully expecting the court to deny his parole, didn’t even bother to show up to the hearing. His case, as is widely accepted by everyone who witnessed the trial, was fabricated. The 60-year-old man, who reportedly never drank or smoked in his life, and focused on his business and social work, was sentenced to four years in prison for drug possession. The real reason for his prosecution was almost certainly that he organised a conference on 23 February 2014 on Stalin’s 1944 deportation of the Chechen people to Central Asia. A number of participants of the conference, Kutayev included, harshly criticised the federal government for not complying with the Law on Rehabilitation of Repressed Peoples — the law recognising Stalin’s repressions and granting victims compensation.

Public debate on the deportations has been banned for several years. The authorities even changed the commemorations from 23 February, the date the deportations began, to 10 May — the day when Akhmat Kadyrov, father of the current head of Chechnya, was buried after being killed in an explosion a day earlier in 2004. All participants of the conference in 2014 were summoned before the Chechen Parliamentary Chairman, Magomed Daudov for questioning. Kutayev refused. For his disobedience, he was punished with all the severity of the ‘law’. The court, seeing how obvious the fabrication was, nevertheless decided to imprison him.

Tortured in a basement

Rizvan Ibragimov’ case has a less clear political background, however, due to public interest, and the way his case was handled, it’s possible to draw conclusions about the quality of court proceedings in Chechnya. Ibragimov, who wrote books about Chechens being a people chosen by God, together with his colleague Abubakar Didiyev, who wrote several books on the same subject, was abducted by Chechen police and held for several days in a basement, where they were reportedly tortured by electrocution. After that, they were brought before the head of Chechnya, where they were forced to apologise. Ibragimov is confident that the truth is on his side, and intends to defend himself through all legal methods. He is, however, also sceptical about the courts.

In a commentary for RFE/RL’s North Caucasus service, Kavkaz.Realii, Ibragimov wrote that: ‘Everything that happened is a continuous crime involving the Department for Special Cases of the North Caucasian Investigation Department of the Russian Federation in Chechnya, the Centre for Countering Extremism, the Prosecutor [of Chechnya], other prosecutors, district judges, psychiatrists, Daghestani experts, and television. The purpose of this neglect of justice is to create an appearance that Ibragimov’s books are really extremist, in order to fulfil Apti Alaudinov’s promise to the head of the Chechen Republic: “Unambiguously, his literature will be recognised as extremist, as it calls for interethnic, interfaith [hatred]”.’

The Supreme Court vs Ramzan Kadyrov

Chechnya’s current leadership is constantly attempting to counter any possibility of confrontation with any state structure, both federal and local institutions. If there is even a small reason to doubt the loyalty of an institution, its leadership is immediately changed.

In May 2016, the head of Chechnya, Ramzan Kadyrov, severely criticised the Supreme Court, in particular its head, Magomed Karatayev. He accused them, surprisingly, of making unjust sentences. It seemed that hundreds of trumped-up cases could be revised. It turned out in the end, that the head of the court, who was not in Kadyrov’s inner circle, was just too inconvenient.

Initially, Karatayev took it as an attempt to discredit the Supreme Court. He spoke about this in public in an interview with the media.

‘He [Kadyrov] expressed his emotions, let’s hope that when the truth is revealed, he will change his opinion. I am sure that it was ordered [by someone else] and certain people are working to discredit the leadership of the Supreme Court’, Karatayev said.

However, a week later, Karatayev, despite having the power to initiate a case against even Kadyrov himself, surrendered his position without a fight, agreeing to resign. Karatayev spent those few days between the first interview and the second, quoted below, trying to appeal for support from the central authorities. No-one there cared. The message was ‘don’t argue with Kadyrov, you can’t win; Putin himself supports him’. A week later Karatayev released a new statement announcing his resignation.

‘I accept the proposal of the Head [of Chechnya, Ramzan Kadyrov] to resign, and I apologise to him and the Chechen people. I have written a statement on the termination of my authority’, he wrote.

The problems in the Supreme Court didn’t end there. Takhir Murdalov was appointed to replace Karatayev, however, a few months later, then-Chairman of the Chechen Parliament, Magomed Daudov, broke into his office with his personal guard. According to Kavkaz.Realii, Daudov threatened to kill Murdalov if he didn’t resign. Murdalov reportedly responded: ‘It doesn’t take courage to kill, you are unable to do anything else, I have nothing to lose’.

Apparently, such conflicts had already been irking Moscow, which came up with a solution that so far suits both sides — Takhir Murdalov became the ‘acting’ head of the Supreme Court.

‘I don’t want to be broken’

The breakdown of the judiciary in Chechnya went through several phases. At the end of 2013, the first conflict between the judiciary and executive branches emerged. While considering a routine, trumped-up case against a young man charged with belonging to an ‘illegal armed group’, Supreme Court judge Vakhid Abubakarov refused to follow the instructions of Chechen Interior Minister Ruslan Alkhanov. Abubakarov claimed that the minister called him and told him that the defendant was guilty, advising him which judgement he should make. Abubakarov refused to do so. As a result, he lost his job and placed his life in danger.

‘I feel sorry for the judges who let themselves be broken like this. I don’t want to be broken. And if it came down to breaking, then I would be better to leave the judiciary and announce my resignation rather than give up and issue an unjust verdict. It doesn’t matter whether it is an acquittal or a conviction — no verdict can be legal when a judge is under pressure’, Abubakarov told Novaya Gazeta in November 2013.

‘A new day will come’

Politician Ruslan Kutayev, who was imprisoned for his beliefs, said in his closing statement that injustice in the North Caucasus, and even more so in Chechnya, would some day require retribution. At his request, his relatives brought his two young sons to the trial. He explained his reason for doing so in an interview with Kavpolit.

‘Today I invited my sons to see me here [behind bars]. They should see others, too. They must remember this and keep it in mind. They must know that a new day will come. It will surely come’, Kutayev said.

While Kutayev and Ibragimov’s cases garnered media attention, the unjust sentences handed down to hundreds of young people, violating all possible laws,  remain almost entirely invisible to journalists. Upon leaving prison, it is unlikely that an innocent person who just served their term will fervently love the government and the country which committed injustice against them.