Torture in Republika Srpska: the police in the dock

Bosnia and Herzegovina: how to organise territorial representation and effectiveness? 14/01/2022 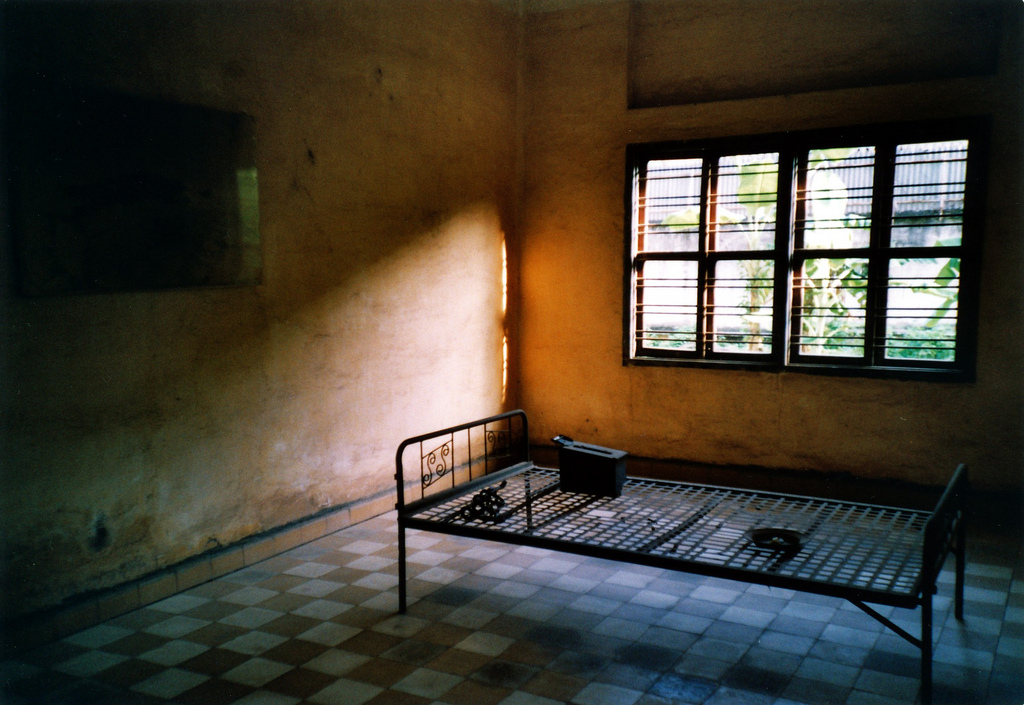 The Council of Europe against Republika Srpska. Strasbourg reports serious offences committed by the police in Banja Luka, allegedly guilty of crimes that qualify as torture

The police of Republika Srpska (RS), the entity of Bosnia and Herzegovina with a Serb majority, is responsible for inhuman treatment bordering on torture. This is the stance expressed, in no uncertain terms, by the Council of Europe's Centre for the Prevention of Torture (CPT) in a series of papers appeared since April 2011. The latest report , adopted on March 8th, 2013, was sent to Sarajevo authorities and made public in mid-September.

Two years of analysis and field surveys have nailed the RS police to their responsibilities. In April 2011, the CPT Committee issued a very alarmed report about the results of a 'routine' check on the status of prisoners and prisons in the country, highlighting concerns in relation to which the Sarajevo government failed to provide adequate reassurance. The CPT then decided to send a second ad hoc committee, from December 5th to 11th, 2012, to investigate the situation.

The mission, led by Ukrainian CPT Vice-President Mykola Gnatovskyy, performed its own investigations in police institutions and prisons in all major cities of RS (Banja Luka, Bijeljina, Doboj, Istočno Sarajevo, Gradiška, and Prnjavor), with alarming results. In fact, while commending the "good cooperation" of RS institutions, the examiners highlighted "a considerable number of detailed, consistent, and coherent records of mistreatment by the police in Republika Srpska", mainly during interrogation in order to extort confessions. These mistreatments mostly include "kicks, punches, and slaps, but also beatings with blunt objects (such as baseball bats)". Numerous testimonies denounce the use of small, portable mechanisms for electric shock. In other cases, the police handcuffed suspects forcing them into stress positions for hours, or tied plastic bags around their heads. On some occasions, they resorted to mock executions to terrorize the suspect.

The picture painted by the CPT report portrays a disheartening reality. In response to the allegations, the RS Ministry of Interior admitted that cases of abuse do occur, but no more than "twenty or thirty each year". The evidence collected from the CPT mission, however, seem to describe a modus operandi that is tragically common.

Suspects, it turns out, are often arrested without being informed about their rights nor allowed to contact their lawyer, or even their relatives. Although the law imposes a maximum period of 24 hours as a limit for police custody, suspects end up staying in police stations even twice as long.

Osservatorio was able to meet directly with two victims of police abuse. S.P., 36, was arrested in March 2011 on charges of possessing marijuana. "They brought me to the down-town police premises in Banja Luka", he recalls, "and then they dragged me into a garage, where six of them beat me up. I was then beaten a second time in the evening. They made me undress and then took pictures of me with their cell phones". S.P. was also subject to mock executions – once with an unloaded gun to his head, while the second time it was stuck in his throat.

A.N., 40, was arrested for illegal use of personal information on Facebook. "I was arrested earlier this year, and during interrogation they took me to a cemetery, where I was beaten up. My right eye is damaged, I have bruises all over my head, and beatings caused me irreparable damage to the eardrum of the left ear, a memory that will stay with me for life, because it cannot be cured".

After their misadventure with the police, A.N. and S.P. have tried to get justice and punishment for the perpetrators, but without result. A.N. has tried to turn to the police internal control, but has never been answered. During trial, S.P. has "made explicit reference" to what he had suffered during interrogation, but "neither the judge nor the lawyers nor prosecutors showed interested in investigating the matter".

The lack of internal control and sanctions, together with the substantial impunity that surrounds the members of the police force, aggravates the problem. In some cases, says the CPT report, the very defence lawyers who assisted the suspects have advised their clients to "let go" because "there is nothing that can be done". Sometimes, proving mistreatment is a mission impossible for victims. A woman, arrested in Banja Luka on October 22nd, was told by the doctor in charge of the visit that the signs of the beatings she had left on her arms were "scorch heater". Often, during these visits, victims are accompanied by their captors, which obviously does not help to report what happened.

In addition to mistreating suspects, in some cases, the police also beat up or threaten friends or relatives to extort compromising information on the suspect. “These methods would have shamed Stalin himself", recently wrote on Slobodna Evropa Maja Bjelajać from Banja Luka. Maja is the journalist who more than anyone else has been following this story. "You must not believe that the war has something to do with this", she says. "These are not people who learnt to behave like this during the nineties . They are mostly young people, under thirty".

Because of her reports, Maja has also had problems with the local police. In an article, she named two inspectors allegedly involved in the violence. "They called me, asking me to remove their names from my piece and to rectify publishing another story. I have not succumbed, I told him I will publish more stories, yes, and they will certainly not be pleased, because there will be more details about the tortures".

As of now, the government in Banja Luka denies everything. The Ministry of the Interior, in a reply to the CPT report, pointed out that, after the allegations, investigations were carried out that proved, beyond any legitimate suspicion, the innocence of the members of the police force as well as the groundlessness of complaints. "The report accusing our police is old, dating back to April 2013", told Osservatorio the ministry spokesman Mirna Šoja. "Since then, the administration has taken all appropriate measures to improve the work of the institutions. There is also an office that receives complaints about the conduct of law enforcement".

All solved then, at least for the leaders of the entity administration. Meanwhile, not a single sentence has been issued against the torturers.