Is there hope for RECOM? 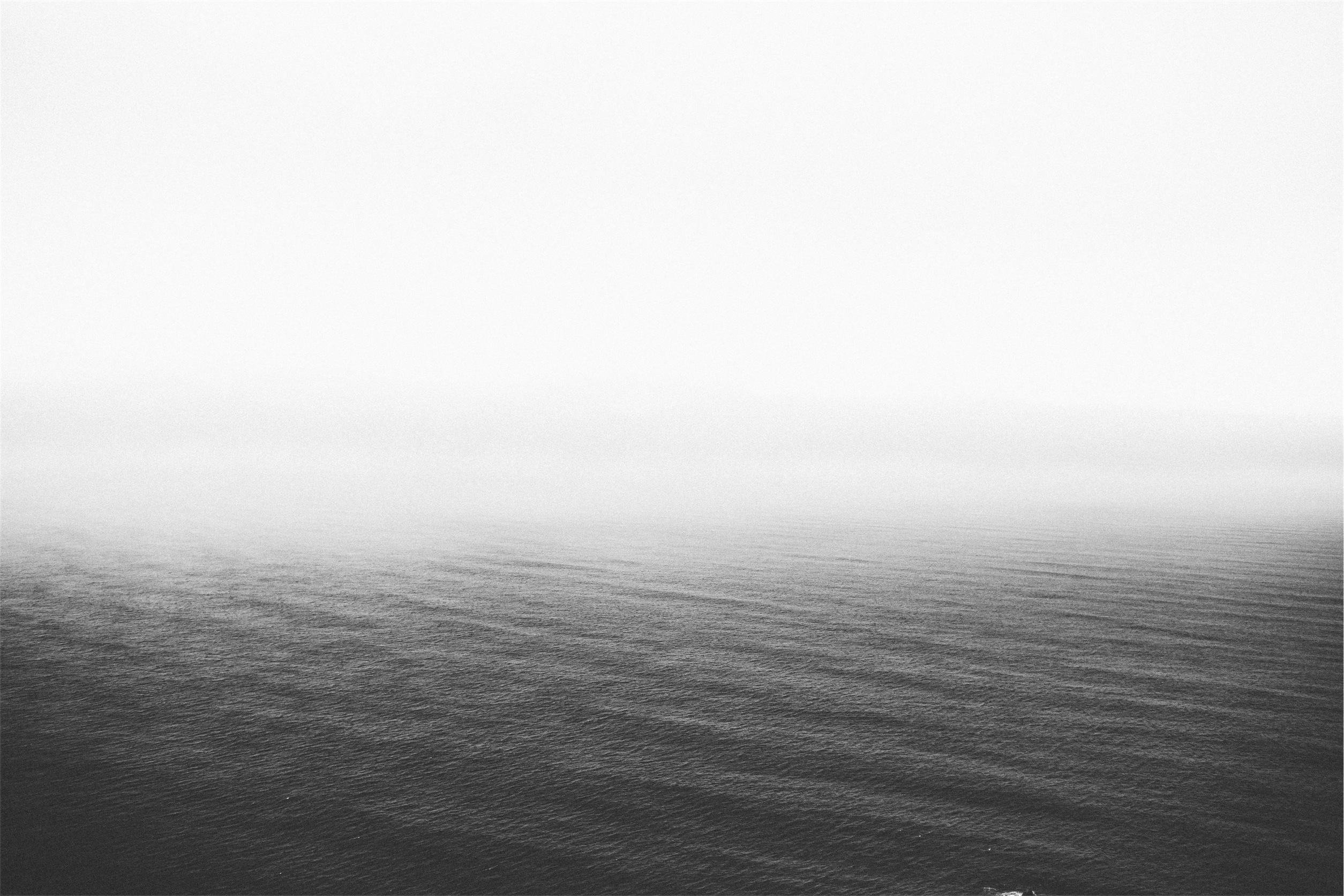 After a stand-by phase during which the advancement of the prospective regional commission appeared to have stalled, last November the delegates of the Coalition for RECOM and the envoys of the governments of the former Yugoslavia agreed upon some next steps for the initiative.

If adopted, RECOM, full name “Regional Commission for Establishing the Facts about War Crimes and Other Gross Violations of Human Rights Committed on the Territory of the Former Yugoslavia”, should become an intergovernmental body, officially recognized by all of the seven former Yugoslav states, charged with investigating the war crimes of the 1990s (more precisely from January 1, 1991, to December 31, 2001). As often maintained by its supporters, only with the cooperation of all of the countries that once formed Yugoslavia will it be possible to establish a comprehensive record of the rights violations perpetrated during that turbulent decade.

The RECOM project has been around for a while now, as its inception dates back to 2004-5, when, in the wake of the umpteenth failure to create a truth commission in Bosnia Herzegovina, a handful of human rights NGOs from the region started a conversation about an alternative solution. The NGOs’ activists, among which figured most prominently Nataša Kandić from the Humanitarian Law Center (Belgrade) and Vesna Teršelić from Documenta (Zagreb), proposed a new approach, which would not just include all the countries of the region, but would also originate from the local civil society, as opposed to foreign organizations or domestic political institutions.

The idea immediately found the support of the International Center for Transitional Justice (ICTJ) based in New York City.

The massive consultation process that took place between 2006 and 2011 epitomized the bottom-up character of the initiative, by involving thousands of organizations and individuals from all over the region; and became one of the largest, possibly the largest, public debate ever organized on transitional justice issues.

Since 2011, however, the progress of the initiative appeared to have virtually stalled, or at least it was perceived as such by many civil society organizations from the region.

The initiative had entered a delicate phase of negotiation with the regional governments, which were each to appoint a special envoy, who would then issue a report on the feasibility of the Commission. This stage, beset by political issues related to the appointment and work of the envoys, lasted for almost four years.

During RECOM’s general assembly, the envoys presented their report, which contains a series of changes to the statute necessary for its adoption by the countries of the former Yugoslavia.

The assembly representing the members of the initiative for RECOM adopted the changes almost unanimously (one vote against, two abstentions out of 104 present delegates).

What do these changes mean for the future commission?

According to RECOM’s monthly newsletter “Voice”, first, they simplify the procedure for choosing the members of the commission. Second, while in the previous model, the commission’s funds should have come from the participating states, now RECOM will be funded “by domestic and foreign donations, as well as by international organizations”.

While this could raise concerns about the commission’s sustainability, the RECOM initiative has demonstrated to be able to raise external funds throughout the consultation process and beyond, with significant contributions awarded by the European Union and an array of American foundations, among which the Rockefeller Brothers, Open Society, NED, etc.

The third, and perhaps most significant change regards the commission’s punitive powers. As a matter of facts, the commission was never supposed to hold judicial powers similar to those of a tribunal, e.g. to pronounce somebody guilty of a crime with retributive consequences. Though tribunals could later on use the information unveiled by the commission to initiate new cases, its exclusive purpose is that of establishing the facts.

RECOM’s activists had spent much energy during the consultation process in conveying this fact to the representatives of the governments and of the judicial institutions, among which also the ICTY, who were concerned that the commission could interfere with the tribunals’ work. A hint of punitive power was contained for example in art. 17.8 of the original statute, according to which the commission could issue a criminal complaint “for the purpose of sanctioning an individual who refuses to give a statement” (i.e. to testify)—hence coming close to a power of subpoena.

According to the adopted changes, all the residuals of such punitive powers will be given up too, so as to remove any doubt about the non-judicial character of the RECOM commission.

Of course, this could impair the capacity of the commission to summon witnesses, especially if involved in the perpetration of war crimes. However, in the brief history of truth commissions, there are very few examples of investigative bodies vested with such powers. Conversely, commissions as renowned and impactful as the Argentinean and Chilean ones did not have subpoena powers and had to operate without any sort of collaboration from the side of the military, i.e. those responsible for most of the atrocities.

Hence, the changes briefly reviewed here do not seem to alter the original idea of RECOM or its prospective impact.

The matter of the research

What could be instead determining the commission’s outcome is the subject matter of its research, which remains undefined to date.

While it is settled that the commission will research about the war crimes committed in the region in the 1990s, it is still not clear to what extent. The minimum so far agreed upon would be a list of human losses and of places of detention where rights violations took place. However, the original statute envisages much more than that.

In fact, the objectives of the commission enumerated in article 14 included also an enquiry into “the political and social circumstances that decisively contributed to the outbreak of wars or other forms of armed conflict as well as to the commission of war crimes and other gross human rights violations”.

What is commonly called in RECOM the issue of the “causes of the war” was one of the most contentious during the public consultations. On the one hand, researching the causes of the wars of the 1990s sounds admittedly like a daunting task for a temporary commission. On the other, a mere list of victims and human rights violations would remain mute about the role played in the violence by political institutions, as well as about other factors that, besides and before the collapse of the SFRY, led to the disasters of that decade.

In other words, without some work of contextualization, the RECOM commission would incur the same problems that haunt criminal tribunals, whose exclusive focus on the accountability of the individual accused prevents them from illuminating the responsibility of states and institutions. The broader picture would be missed again in favor of a somewhat de-politicized reconstruction of single episodes.

But this is all theoretical reasoning, and no conclusion can be drawn at this point on the issue of the breadth of the reconstruction the commission will engage in. In fact, the “causes of the war” are still part of the statute, as the envoys of the region’s presidents have left the final decision on this crucial issue to the presidents themselves.

Therefore, the next step for RECOM would have been to have the presidents of the countries of the region discuss together the final proposal for the statute and agree upon a common way to inform the public about their support to the establishment of the RECOM commission.

In order to accelerate this step, last December the coalition for RECOM sent a letter to the region’s Presidents and the members of the Presidency of Bosnia Herzegovina encouraging them to do so.

However, the changes in the region’s political panorama with the general elections in Bosnia Herzegovina in October and the presidential elections in Croatia in December/January have again slowed down the process. In fact, the two new members of the presidency in Bosnia Herzegovina and the new president in Croatia must first be consulted about the mentioned changes, which were agreed upon by the envoys of their predecessors.

As reported by one of RECOM’s members, the organization Transitional Justice, Accountability and Remembrance (TJAR) of Sarajevo, RECOM’s activists promptly contacted the new President in Croatia and the two new members of the Presidency in Bosnia Herzegovina to organize meetings with them, but due to their full agendas they have not managed to obtain appointments yet.

Hence, after having come closer to the establishment of the commission than ever before, RECOM’s advancement is again somewhat suspended until the politicians will decide to direct their attention to it again.

The inevitable vulnerability of the initiative to the region’s political context is a consequence of the RECOM’s activists’ decision to have an official commission, rather than an informal one recognized only by the civil society organizations. According to them, in fact, only the official acknowledgment of the war-related crimes at the political level can fully restore the dignity of the victims and further reconciliation in the region.