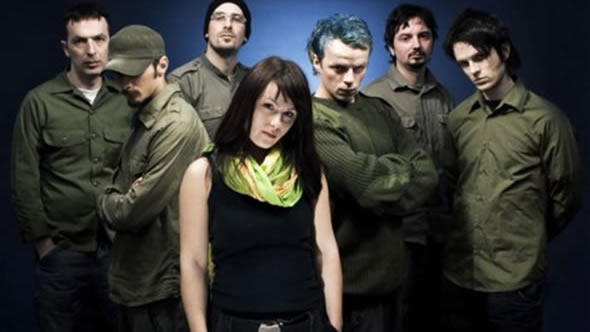 They won't be there, at Eurovision 2011. But their piece, called 'Euro Song', is already on everybody's lips. They are the Dubioza Kolektiv who want to to talk about Europe. And their efforts have been rewarded.

Angela Merkel is not exactly a favourite and what to say about Berlusconi and his country lead by libido, then they tell Sarkozy to learn the gypsy language. The Dubioza Kolektiv's message is clear in their last single "Euro song". A clever, as well as flippant way to bring Europe and its absurdities to the attention of their fans.

The Dubioza kolektiv are a group from Sarajevo. Their trade-mark has always been texts linked to themes of peace and tollerance and criticism in no uncertain terms of the nationalism that lead to the Yugoslav tragedies of the '90s. Taking hard stances towards politics and the international presence in Bosnia. In their "Three Headed Monster Story" they take the mickey out of the tripartite Presidency, an institutional artifice born from the Dayton Agreements that brought the war to a close.

"The tripartite Presidency is a metaphore of all our problems, and it is totally useless. It has no mandate, no relevance. They are only there to show off and waste money. And when this song was written there were three absurd characters occupuying that seat", explain the Dubioza.

"I started to sing when I was only 5 or 6 years old. I always used to sing. Then I realised that it was something stronger than me", Adis Zvekić, a singer of Dubioza tells us. "The first time I set up a band I was still a kid. I was 13, it was 1993 and the war was on. In the evenings there often wasn't any electricity, only darkness. We used to meet up together and start jamming sessions, singing along as well. That is how we became the Gluvo Dova". And from them the Dubioza kolektiv were born .

While a vast part of the European public is stuck to its TV screens in these days to cast votes on the contenders at the most popular song contest in the world, and decide who will get into the Düsseldorf final on 14 May, the Bosnian band Dubioza kolektiv got there first months ago by starting to sing the new single “Euro Song” at its concerts.

“We have been trying to get into Eurovision for years but we've never been accepted. Thus we wrote this song that sings of both the current absurdities of Europe, and also about our attempts to get into this prestigious competition”, say the Dubioza. “We've been singing "Euro Song" in concerts since February and have been totally surprised by the public's increadible reactions, both locally and internationally. While we were recording in the studio we had a totally different song in mind for presenting our new album, but the reactions of the people at our concerts made the decision for us”.

“Euro Song” anticipates the new album by the Dubioza Kolektiv that will be called “Wild Wild East” and is expected next September with the American label “Koolarrow records”. After two records in local language, the Bosnian band goes back to singing in English. The new record is composed of ten songs. A totally new version of Balkan Funk with Marko Marković's contribution on the trumpet and vocal. A small part of the album, Berlusconi aside, is also dedicated to Italy and to a myth of its traditional song. To discover it you just need to get to the end of the "Euro song" video clip.