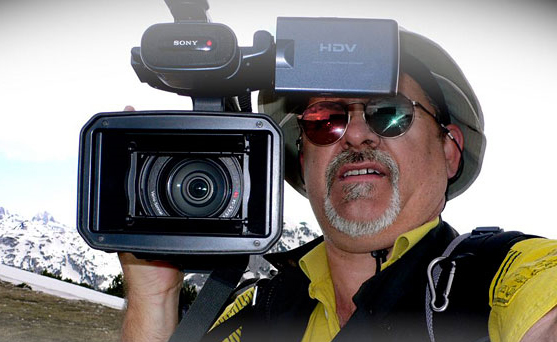 Dinno Kassalo is a Bosnian documentary film-maker who has produced many works on wildlife in Bosnia Herzegovina. Together with a team of mountaineers, in 2000 he made “Expedition Rakitnica”, the first film ever to be shot inside the Rakitnica canyon. Our interview

Dinno is sitting on a stone, calmly refreshing himself after his latest trip into the Rakitnica. It's 8:30 pm, and we have just returned from a particularly intense day in the canyon. The rainfall during the last few days had increased the flow in the canyon, and the rather cold temperatures made the journey especially difficult. However, Dinno isn't ruffled, by now he's a veteran in this place and constantly looking for new inspiration.

Dinno began his career back in 1986, but his big break came in 1993 when he shot films during the war. After the war he decided to focus on wildlife in Bosnia and Herzegovina, particularly in the area surrounding his birthplace Konjic, with its emerald green waters of the Neretva River and imposing mountains of Penj, Bjelašnica and Visočica. His prized jewel, the Rakitnica Canyon, lies right between these two latter mountain ranges. Together with a team of mountaineers, in the year 2000 Dinno filmed his “Expedition Rakitnica”, the first film ever to be shot inside the Rakitnica Canyon and a couple of years later to be followed by “Smak Svijeta”, completing a route along the whole length of the canyon.

In “Expedition Rakitnica” Dinno shows how the canyon is shaped like a butterfly when looking down on it from up high, with one wing shaped by Visočica and the other by Bjelašnica.

Dinno, here we are, out of the Canyon. What does the Rakitnica represent to you as a Director?

The Rakitnica is a creative font. For me it's a kind of eternal challenge considering I've done work on it for almost 30 years. My most beautiful films were set here in my attempt to defend and save this canyon and get it to become part of the National Park already considered back in 1957. For this reason, as soon as the war ended, my friends and I went along the whole length of the canyon in the footsteps of the first expedition of 1957 and filmed as we went. It all started from there.

Can you tell us something about yourself?

I was born on the 25th of April 1952 in Ostrožac, on the Neretva River. This town was in a very fertile valley, and at that time its fruit and vegetables supplied the whole of Bosnia and Herzegovina. However, the town was sunken due to the building at Jablanica of the first power station on the Neretva. So one could safely say that I've been closely related to water since birth, and I must add that I am not able to totally comprehend or justify man's way of using water to get energy. For me it's more the case of man who needs to use his own energy when in water!

Later I graduated in Law at Sarajevo University. My wife Donna and my daughters Lolla and Allma are the inspiration for my films and photography. Currently I am Producer and Editor at the Bosnia and Herzegovina Television. I have specialised in films with an ecological content and also on films of a less definable content, for which I have received 26 awards at several film festivals such as Ohrid, Berlin, Sofia, Bar, Belgrade, Sarajevo and Poreč/Parenzo.

In Bosnia Herzegovina, in the SeeNet II Programme, the Piedmont region leads the Action aimed at developing holiday farms in the mountainous areas , with strong enphasis on the recovery and promotion of  places also destined to sport in nature.

How do you choose your themes?

We are living in turbulent times which are of huge inspiration. I am not a typical documentary film-maker in the way that I am less interested in the consequences but more interested in the causes of events. When I get my teeth into a theme I am like a lion which is why my nickname is “Lion”.

When working on something I suffer and torment myself. I prefer the creative process to the actual finished result of the film.

I am of the idea that man has exhausted his quest in the Milky Way, and is now not more than a mere virus in the galaxy which the universe will one day free itself from. So you can see why I like the element of Black Comedy which is reflected in the title of my films “The End of The World”, “The Consequences of The Useless”, ”What To Do Now?”, ”The Time Machine”.

Going back to the Rakitnica Canyon: What has happened since the documentary's release in 2000?

The Rakitnica has become famous and has seen other wildlife lovers and people who have wanted to see and pass through the canyon. It has now become a Mecca for adrenalin. If one feels strong and energetic they can't resist the challenge of Rakitnica. 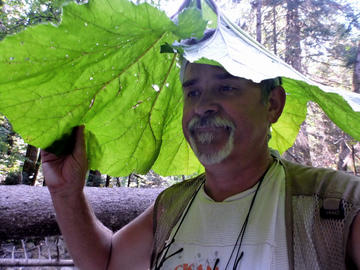 At the time of the film we needed ten days to pass through the whole Canyon. Up until then, nobody had gone the whole length, only a stretch of it. Nowadays, together with Edin Durmo, who was also with us at that time of filming, we still go along a stretch almost once a year, but the first time is always impossible to repeat. Something I've noticed is that nobody does it just once... They all come back again sooner or later.

The Rakitnica is a river that you have fought for, and keep fighting for, for a long time now. What can you tell us about your battles for the environment?

I have always spoken my mind in my work for the environment, so I have become a thorn in the side of the political world for energy supplies, which is pursuing me in court since 5 years. However, I can see an upsurge in ecological conscience in Bosnia which gives me great hope.

Clean rivers from which you can drink the water, unspoilt places in the wilderness, the mountains; these are the valuable things on our planet which I present and defend through my films. They are precious gifts which I hope are recognised as global natural heritage which any civilised world must protect.

Whenever I reach a mountain summit I hear the words of an old, wise Indian Chief: “Nature doesn't belong to man, it is man who belongs to nature”, so I repeat my creed “man belongs to nature.”