Bosnia and Herzegovina’s constitutional crisis: Is this time different? 23/12/2021 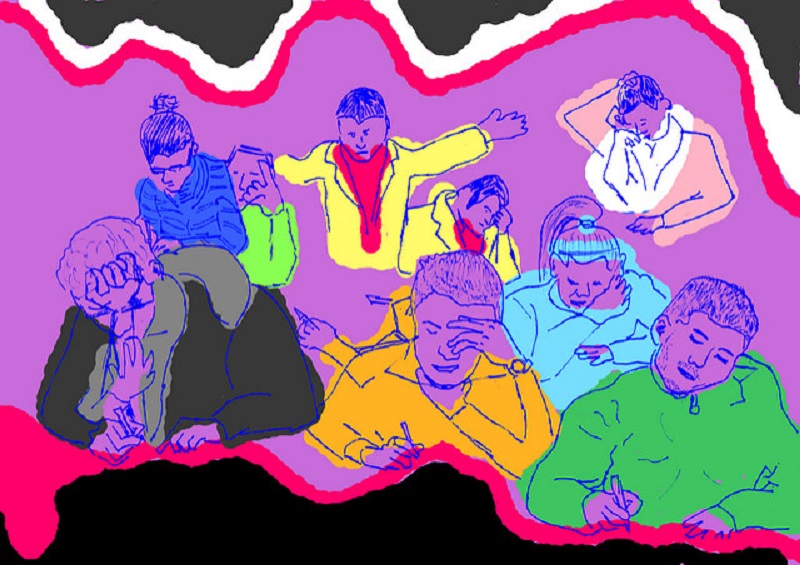 Rome was not built in a day, but in Bosnia and Herzegovina a day is enough to get a degree or master's diploma, as long as you pay. The crumbling of the higher education system further compromises the future of the country

A family man, well-settled, with the pay of a good manager... All that is missing is a degree. He enrolls in law. After a year, I ask him how it is going with the exams, and he answers: "I have already graduated, now I'm enrolled in a master".

One day, the neighbours take me to their country house and, on a hill in the middle of nowhere, I see a brand-new prefab. "What is that?", I ask. "The new college", they answer.

In Bosnia and Herzegovina, the market for private universities and the trafficking of exams and theses is a growing one. The education business is very lucrative – it is much more profitable to open a private college than a factory, as gains can range from hundreds of thousands to millions of Euros.

I remember when, long ago, we used to laugh at a joke: a coach arrives in Banja Luka and the driver announces that, during the half-an-hour stop, "passengers can go to the bathroom, have a drink, or get a degree".

Today, there is little to laugh about this. All sorts of uneducated characters, armed with fake exams and diplomas, have become our politicians, professors, doctors, ministers.

You can sell and buy all kinds of university and high-school diplomas. Professional diplomas for chefs, drivers, and nurses are also in great demand.

According to data from the State Statistical Office, Bosnia and Herzegovina counts about 110,000 students. With a 3.6 million population, the country has the highest number of higher education institutions in the region – 10 public and 36 private ones.

Just in Bijeljina, a town in the northeast of the country counting about 110,000 inhabitants, there are 10 different universities where one can get a degree in economics.

The business of fake diplomas and examinations does not know state, religious, or ethnic boundaries. Neighbouring Serbia, Macedonia, Montenegro, and Croatia contribute to the offer. According to Stevan Milić, president of Republika Srpska's Education Union, trade in easy-to-get diplomas between Serbia and RS is so widespread that regular higher education is becoming increasingly irrelevant.

The growing number of students and school institutions does not indicate a high level of general education. According to the latest census, nearly 90,000 people – 2.82% of the Bosnian population – cannot read or write.

The offer of diplomas and certifications for sale is well advertised online and in the press. Hundreds of "experienced professionals" list their prices: 8 Euros for an exam, 150 for an essay, 500 for a high-school dissertation, 1,000 for a master's thesis, 2,500 for a doctoral dissertation. A medicine thesis in intensive care costs 4 Euros per page.

"It's an honest job, otherwise I wouldn't have done it for 10 years. I'm a serious person", says Igor. He works from Macedonia and sees nothing wrong with selling "non-existent knowledge".

Bosnia and Herzegovina is one of the few countries in Europe that does not have a national ministry of education. This means that there are no unifying criteria for the opening of private institutions, and there is no agency to verify and certify that each institution meets the minimum standards. In fact, there are significant differences in regulations across the two entities and the ten cantons.

The absence of rules has been exploited by many private institutions, where you can basically graduate in one day. In many private faculties there is no obligation to attend, nor study – you pay, you get your diploma.

Vedad Pašić, a professor at Tuzla's state university, says that "most colleagues in these private schools are literally printing out useless diplomas".

To cut costs, private universities often rent out premises, classrooms, cafeterias, workshops, and wedding halls. Diplomas have been known to be sold even on the street.

After retirement, a well-known professor from Sarajevo was offered to teach at a private college. He did not give any lecture, nor saw any student. At the end of the first semester, he was called by the owner of the university to "sign students' books". At this point, he opted out. However, not all members of the academic community are so scrupulous.

Unfortunately, lecturers have lowered their standards too – many have stopped bothering with the professional code and compromised themselves by being complicit with those who are destroying not only the country's education but also – perhaps, above all – its future.

"Most private universities in Bosnia function as legalised criminal organisations", says Branko Todorović, president of the Republika Srpska Human Rights Committee. "We know and see that this is not education, but its grotesque imitation – an obvious crime, where students do not take examinations. All in all, local authorities have managed to turn education into a farce, where anyone can buy a PhD in any subject for a couple thousands marks".

Many also buy diplomas, certificates, or examinations as gifts to their children, students who do not want to study, and a large and diverse group of politicians.

A large number of public officials in Bosnia have earned their posts through political relations and ties. Many of them – like my cousin, the family man mentioned at the beginning of this article – want more than a steady job and a good pay: they also want a "piece of paper", an academic title that confirms the position they occupy.

Thousands of people graduated only after becoming ministers, directors, secretaries, generals, presidents, and so on – including the deputy chairman of the RS parliament, the main RS entity auditor, and dozens of RS police officers who graduated in one day.

Esad Radeljš – currently in prison for corruption, theft, scam, and much more – is a typical case. Until a few months ago, Radeljaš was a member of parliament and head of the Health Institute of the Canton of Sarajevo. Before the war, Radeljaš had worked as a doorman, a construction worker, a firefighter, and for a time he had owned a butcher shop. He had not even finished primary school – during the trial, however, he admitted to purchasing his high-school, university, and master's diploma.

Before entering politics, the former vice president of the HDZ party had been a manual labourer and an operator of construction machinery – only after becoming mayor did he get not one, but two university degrees.

With the trade in university degrees being well-known and seldom sanctioned, the arrogance of those who hold ready-made diplomas knows few limits. In their thirst for knowledge, politicians are buying doctoral degrees too. Therefore, today's Bosnia is oversaturated with PhDs, including many who have not produced any scientific work.

Mladen Milić, former president of the RS Social Insurance Institute, had enrolled in a master's programme even before graduating from a private institution.

"It is very questionable for someone holding a very complex post, such as prime minister or president of a party, to obtain a master's degree, a doctorate, etc. during their mandate. It's a farce. All over the world, a doctorate takes at least 5 years, 12 hours of work a day, and defending your doctoral thesis", says Dušan Teodorović, chair of the Higher Education Committee of the Serbian Academy of Arts and Sciences.

According to his colleague Lamia Tanović, a professor at the School of Science and Technology in Sarajevo, "it is not just about diplomas and exams – recruiting of people in scientific professions is also compromised. Here, people who under normal circumstances would not even be allowed to teach in high schools become university lecturers".

Most universities in Bosnia and Herzegovina are not registered, which means that the diplomas they issue are not recognised. "Collegium Bosniacum", the association of students from Bosnia and Herzegovina residing in Austria, denounced that in Austria there is a growing number of Bosnian students who cannot continue their education because their diplomas are not valid.

Employers in Bosnia and Herzegovina have expressed their mistrust towards private higher education, suggesting that students think twice about enrolling at a private institution, because their diploma may be worthless.

Nevertheless, the number of students enrolled in private colleges is growing. "All that matters is to get a degree", says a student.

However, reality begs to differ. Most young Bosnian graduates leave the country, and abroad they do jobs that do not require a degree.