Bosnia Herzegovina: The land of rivers 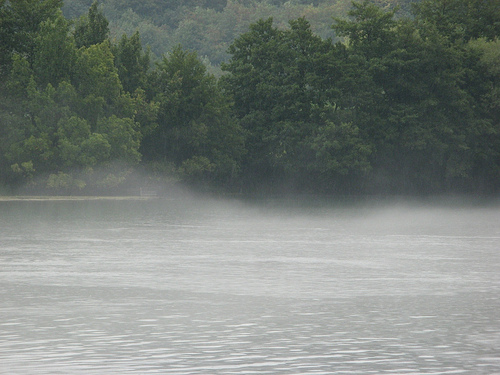 Bosnia Herzegovina is rich in waters and has huge energy potential. The Bosnian Federation alone is planning the construction of 12 hydro-electric, thermal plants and wind mills during the next 10 years. Until now, the tenders carried out in this sector, however, have not been transparent

Investments in the energy sector in Bosnia Herzegovina represent one of the main possibilities for development for a country with half a million of unemployed people. According to data from the Ministry of Agriculture, Water Management and Forestry, in Bosnia Herzegovina only 40% of the total water potential is used for the production of power, about 11.750 GWh/per annum.

In the Bosnian Federation, in 2009 the electric company “Elektroprivreda BiH“ produced 6.661 GWh. Only 4.095 GWh of these were used by Bosnian citizens and companies. The remaining power was exported. The reason for this surplus, equal to 40% of what is produced, is that industrial production has no longer reached pre-war levels and that the major consumers of energy do not work at full capacity anymore.

Waterpower is, in general, a clean and renewable source of energy and the market, not only that of the Western Balkans, has a constant need for new quantities of energy. According to what experts say, Bosnia Hezegovina should open its own territory to new development possibilities. Up to now, the projects carried out in this area have been moving slowly or have caught the police’s attention because of irregularities or because of lack of transparency in the investor selection procedures.

Mile Srdanović, expert on the electro-energy sector and former employee of the Energy Ministry of the Bosnian Federation, has told Osservatorio that many investments are made in the electro-energy sector in Bosnia Herzegovina. Investors, however, are to have great strength and tenacity: “The complicated political situation is, without a doubt, a huge obstacle and deterrent for investments. On the other hand, this also serves as a filter for the elimination of the weakest competition. Only those who are strong and tenacious can make it, here”, states Srdanović.

Vahid Hećo took office as the Energy Minister of the Bosnian Federation in 2005. As he himself has stated, Hećo started the process from a standstill, immediately calling a tender for investors. Vahid Hećo has always stated that for Bosnia Herzegovina, this has been, and still is, the deal of the century. Meanwhile, however, the so called deal of the century, has been the subject of investigations from the police, due to the numerous irregularities found in the procedure. The documentation at Osservatorio Balcani e Caucaso shows how the first international attempt of investing in the energy sector in the Bosnian Federation took place, and the numerous breaches of the laws in force in the sector.

One of the main criticisms made to the Minister Hećo is that of having invested millions of Euros in such an important process without having an adequate strategy.

The Mnister Hećo had then told the Sarajevo media that the investment strategy did exist, in his head, and that it only needed to be put on paper.

Following is how things went: in June 2006 the Ministry called a tender for the construction on the rivers of Bosnia Herzegovina of 8 water and thermal plants, the current total potential of the Bosnian Federation. From what is inferred from the documentation that the police used during investigations, the tender was not what the Government of the Federation had requested the Energy Ministry, but it was a mere preliminary competition in preparation to the tender, gathering the necessary documentation to start such an important project.

The Energy Minister thus called a tender, and as many as 37 international companies, including the Italian Enel, showed interest in the construction of the 8 plants on the rivers of the Federation. That summer, the Energy Ministry received tens of voluminous packages of offers from worldwide companies.

The chronological assessment of the facts confirms, however, that the whole material was analyzed in record time - 10 days - and after that, the most convenient offers were selected in two following rounds.

“I witnessed police investigations, since I took part in the whole process. It is decidedly impossible to analyze such a huge amount of documentation in English and German in such a short time and decide who will pass and who will not. I was the only one to object, though”, Srdanović told us.

Eleven companies passed the second round, 4 of which were chosen as strategic partners. However, considering that the way the selection criterion was outlined was quite ambiguous and imprecise, and that the credibility of the selected companies was doubtful, the whole process arose great indignation in the Bosnian people.

Both the Chambers of Parliament of the Federation, who had to ratify the choice of the strategic partners, refused to do so because of suspicions of irregularities in the tender. This stopped the whole investor selection process. The cantonal Attorney’s office of Sarajevo, moreover, started an investigation on the Minister Hećo and on Nedžad Branković, the then Prime Minister of the Federation, on the grounds of irregularities in the selection procedure of the partners for the construction of energy plants.

The two are accused of breaching the procedures foreseen for the sector, a charge for which, as per Federation law, the sentence goes from 6 months to 8 years in prison.

The investigation, however, was suspended. According to the Attorney’s office report, the whole procedure was not carried out in compliance with the law, and certain lobbies, without any criterion, tried to favor some tenderers to the disadvantage of others. Since the Parliament of the Federation blocked the procedure, though, for the Federation no damage was incurred and therefore the Attorney’s office could not proceed with the investigation.

This way, the first investment attempt in the electro-energy sector of the Federation failed. Successively, the Parliament ordered the Ministry to present a strategy, projects and feasibility studies.

According to the Bosnian section of Transparency International (TI), when it is about investing in big projects, preference goes to particular applicants and ambiguity in selecting the most convenient offers is almost a general rule.

Ivana Korajlić, the spokeswoman for TI in Bosnia Herzegovina, declared to Osservatorio Balcani e Caucaso that, when such huge deals are at stake, every government tries to use them to its own advantage. In other words, public officials exploit such opportunities to conclude deals directly, in secret and eluding legal procedures.

Korajlić, however, responded favorably to the decision made by the Federation’s Parliament: “Such a decision is encouraging, but the whole process is incredibly long and a lot of time is wasted. It is good that in the Federation someone reacted, unlike in Republika Srpska (RS), where there were no reactions of this kind. There, the entire oil sector was sold and nobody knows exactly to whom. No one reacted except for the non-governmental sector. For this very reason, though, it was demonized by the Government of the RS.”

“This “adjustment” has really taken us back to 2005, when the present Minister Hećo took office, which clearly shows that 4 precious years were wasted”, states Srdanović.

Last year, on provision of the Parliament and with the advice of experts, the Energy Ministry of the Bosnian Federation drafted a strategic plan and a development program for the Federation’s energy sector. During the first phase of construction, projects include 2 thermoelectric plants in Kakanj and Banovići, 8 hydroelectric plants and 2 wind mills. With their construction, the annual power production in the Federation would increase by 7.782 GWh approximately, more than double the present production.

Considering the current market price of 0.10 Euros per KWh, the construction of the new plants in the Federation would produce an annual value of around 800.000.000 Euros.

A potential such as this means having to pay great care in the selection of national and foreign partners, so to avoid past mistakes. According to Srdanović, when choosing the partners, one should follow the concession model to the letter. This model is currently in force as per Bosnian law. All other models, such as the “strategic partnership” are not enough, or not at all, regulated and, as such, leave room for manipulations, as was the case in the first attempt of investment in the electro-energy sector.

The Energy Minister Hećo has told us that, since he is very busy, he does not have time to talk to us about this subject. At an “Energy Forum” held recently in Sarajevo, he declared that a new tender will soon be called for investors and that there will surely be a sufficient number of offers. During an analogous forum held in March of 2010 in Vienna, the Minister apologized to the companies that had been chosen as “strategic partners” in the construction of electro-energy plants. He did not recall, however, that the Attorney’s office had reported a breach in the procedures related to the construction of those plants, presented to the Bosnian people as a hope for the whole country.