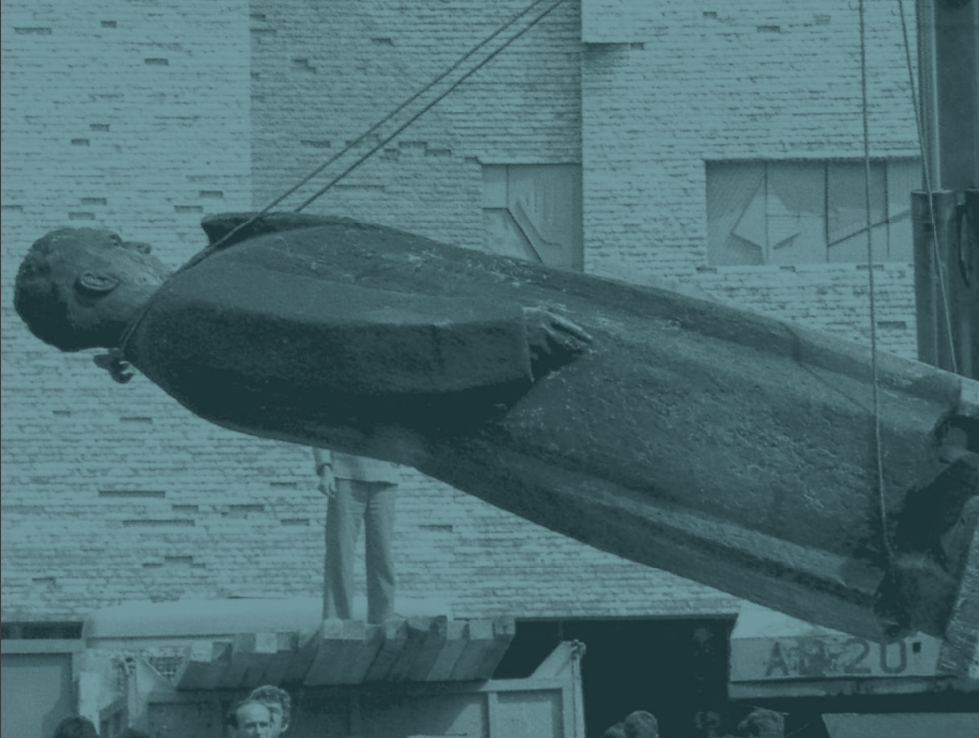 A series of didactic resources produced by an extraordinary synergy between historians and experts from various countries, now enriched by a workbook on the Balkan conflicts in the nineties

The series of school workbooks covering events in Southeast Europe promoted by the Center for Democracy and Reconciliation in Southeast Europe (CDRSEE ) in Thessaloniki has been enriched by the publication of new material regarding the second half of the Twentieth Century. Twelve years after the publication of the first four volumes which retraced the region's past up to the Second World War, two new volumes are now available: “The Cold War 1944-1990” and the last chapter titled “Wars, Divisions, Integration 1990-2008”.

Earlier publications were not lacking in controversy, but the volume covering more recent events surely presents an even greater challenge. The centre stage is taken by events and circumstances going back to the war years which still evoke strong contrasts in the post-Yugoslavia area in a public debate which seems increasingly distant from the détente attempted some years ago.

In almost two decades of work, the CDRSEE has involved and generated debate between scholars from all the countries in the area, from Slovenia to Cyprus. In recent weeks the two volumes have been presented in the various capitals: Pristina, Tirana, Podgorica, Belgrade, Zagreb and Sarajevo. Acknowledging the European dimension of the project, the Brussels Parliament held a meeting for the presentation of the volumes which was attended by the Commissioner for European Neighbourhood Policy & Enlargement Negotiations, Johannes Hahn, several MEPs and experts.

The European institutions have in fact played a growing role in the list of donors that over the years the CDRSEE has been able to involve. Ulrike Lunacek, Vice-President of the European Parliament, underlined the value of this kind of initiative in times characterized by the “growth of nationalisms and exclusive definitions of ethnicity in many parts of the world, in the Western Balkans but also within the European Union at a level no one would have believed possible”.

School text books are part of the daily experience of new generations, and traditionally they enjoy the attention of the apparatus of the modern state in so far as they are a strategic means in the formation of the identity of new citizens. History text books in particular condense, simplify and make coherent the past of a community. The logic is often strictly national, while education for multiculturalism and fluid or hybrid conceptions of identity are more rarely mentioned.

In the countries of Southeast, Europe numerous scholars have denounced the role of history books in reproducing the logic of opposition prevailing in the nineties. At the same time the relationship with the past is often the focus of projects intended to promote reconciliation from below, beyond the diplomatic level, through the collaboration between the different actors of local civil societies.

The work of the CDRSEE lies between the experiences of rethinking history books earned in Europe and those used in the rest of the world in recent decades. However, Dubravka Stojanović, one of the leading historian for this project, in conversation with OBCT comments the methodology adopted in this project saying that “it is different from that used in other, similar publications. The famous common German-French manual was supposed to achieve a single narrative, beginning with the idea that the two historiographies had resolved the controversies and a unique interpretation had been arrived at. Our group expressed doubts about this approach because, even if the national historiographies had reached 'a truth', it is possible that some sectors of that society are not 'in agreement' and have their own 'private memories' of those events. This is what happened in former Yugoslavia where a difference was created between the 'official truth' and those which national groups or part of them 'cultivated at home, at the dining table'. It was on the very basis of those differences that the war for the inheritance of Yugoslavia was subsequently prepared”.

Another reference point is represented by the shared Israeli-Palestinian manual: “A different methodology was applied in this case. In the first column the Palestinian narrative of an event is presented, in the second one there is the Israeli version, and in the middle an empty space is left for students to write what they think”.

The approach of the CDRSEE, Dubravka Stojanović explains, “differs in that it uses a collection of historical sources, accompanied by our short explanations, by questions and suggestions for activities to be organized in the classroom. The main methodological key is to include multiple perspectives: we compare sources relating to the same event and coming from different interested parties, then with the help of the questions we encourage a debate on the different interpretations. The main aim is to show students how some events are seen 'from the other side' and open a debate in the learning time”. 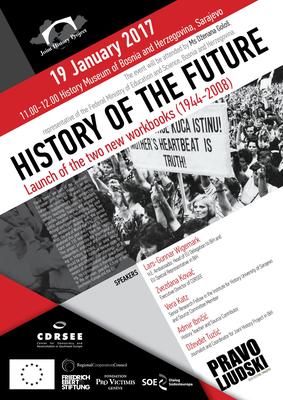 The conflicts of the nineties

Looking through the version of new workbook available online it is possible to notice how this approach leading to the inclusion of multiple perspectives has been applied to the events of the nineties.

First and foremost, the events in Yugoslavia are inserted into a wider picture which includes the developments in the whole of Southeast Europe until the year 2008. Along with the institutional and military facts, the volume also devotes specific attention to the economic, social and cultural dimensions. The chapter dealing with the conflicts presents, after a general introduction, sources and documents concerning the most significant political changes and most controversial events: from the football match Dinamo Zagreb – Red Star to the battle of Vukovar, from Srebrenica to Operation Oluja until the facts of Račak. Newspaper articles, political programmes, transcriptions of top level meetings, testimonies collected by the international justice – all offer different points of view. The whole structure aims at favouring active learning and critical reflection, stimulating the comparison and verification of the interpretation.

Naturally, arranging different perspectives one along the other is not without problematic aspects, particularly when the points of view being compared overlap with national patterns of interpretation. While recognising the value of the initiative, Stefano Petrungaro - researcher at the University of Regensburg – has questioned the risk that “the result would be the juxtaposition of two or more parallel narrations without any communication among them”. The class work for the teachers proposed in the CDRSEE material should prevent this kind of reading.

Reactions to the contents of these volumes have not been slow to emerge in various countries. To date they have been more visible in Croatia where critical judgements even appeared in the headlines of major newspapers (among them Večernji list and Jutarnji list ). Insufficient attention to the suffering in Vukovar was specifically contested as was the lack of a net distinction – also in the national sense – between “aggressors” and “victims”. In the political arena the question was taken up by Ruža Tomašić, the only European member of Parliament of the Croatian Conservative Party, who presented an interrogation to the Commission on the “Relativization of Croatian history and the Croatian War of Independence ”.

On the other hand, after years spent having its work accredited, the CDRSEE underscores how the production of the most delicate volumes in the entire series has received “the support of almost all the Education Ministries in the Western Balkans”. Dialogue with the institutions remains one of the main objectives of the project. The choice of proposing supplementary material instead of substitutive text books was made in order to favour the dialogue considered necessary for their circulation. The presentations in the various countries in recent weeks saw the participation of the titular heads or representatives of the relative Ministries; many requested the translation into local languages from the original version in English and the distribution of educational material.

The main problem in the future will however be the actual impact of the published volumes. The project gives great importance to the work with teachers, which is why workshops are organized regularly to promote the use of the didactic mateirals. The CDRSEE has calculated that at least 400,000 students have had access to material produced by the Center. Nevertheless, despite declarations of support, resistance to change in school syllabuses is not lacking and today it is still difficult to have a complete idea of the effects of the project.

The volumes just published however reinforce a project of great interest, produced by an exceptional and long-lasting effort on the part of historians and experts coming from a particularly wide number of countries. Apart from being an opportunity for the education systems of the region, it also deserves consideration beyond its borders, both for the method and peculiarity of its achievement and as a useful tool for a wider public to deepen their knowledge of a significant part of European history.