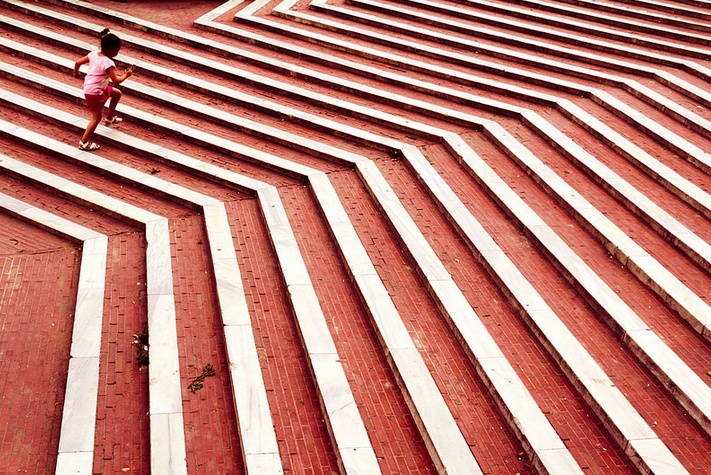 An Index that serves to remind countries of their commitments to child protection. Created jointly by World Vision and ChildPact, it will be launched in Brussels on 28 September

As child protection advocates, we often hear politicians claim that “children come first”. Despite widespread cynicism toward politicians, we believe them. Society and politicians alike know that children are our future; not only our own children and those we know, but children in all circumstances and situations in life.

The question remains, though: how do we translate our lofty declarations about children into effective child protection systems?

Without tangible reform progress, we will continue to hear stories of children who live needlessly through the kinds of traumatic and dangerous situations that we would never allow our own children to endure. It is the story of Klajdi, an Albanian child who was forced to collect chromium in the mines of Bulqiza. It is the story of Hana from Bosnia-Herzegovina, who was forced to marry as a child and live through bouts of domestic violence. Or Elen, in Armenia, caught in a residential institution, waiting, hoping to return to her family home. It is the story of Eliza from Kosovo, in need of a wheelchair her family can’t afford. Or perhaps Elvis, Maria, and countless other Roma children who are victims of discrimination on a daily basis. It is the story of Gabriela, 9, from Moldova, who waited years before a family could finally adopt her.

We really don’t need to hear these stories because we already have reforms proven to dramatically reduce the incidence of abuse and marginalisation of vulnerable children. We know, right now, how to help children build resilience and thrive.

Child protection reforms, however, tend to be exceedingly technical, and more often than not, effective only in the long term. National politicians understand that “long term reform” is the kind of expression that rarely receives attention in a 24-hour media format. Rather, we cycle through endless corruption scandals and crises. Let’s face it, there’s not much glory to be found in supporting lengthy, technical reforms that promise benefits in a few years’ time and do not adapt well to the logic of electoral cycles. So, how do we go about the business of bringing child protection reform to life?

Lessons from the EU

Even in the midst of the EU’s current identity crisis, let’s not forget how the EU has been responsible for remarkable, incremental and long term reforms on issues that are most important to Europeans. From consumer rights to safety regulations, the EU has resolutely moved the bar on what is acceptable and unacceptable across the Union. In recent decades, the integration of new member states has sped up the reform process in the countries involved; in terms of child protection, this has been particularly noticeable in Romania. There are lessons to apply for child protection and for successful long term reform.

First, having a to-do list can be a great help to keep the reform process going. Through the integration process, the EU has kept a to-do list of issues for candidate countries; these lists have served as a point of reference for all involved to track reform across years and through various governments.

Secondly, such an approach forces politicians to keep their feet on the ground: lofty ideals are pragmatically transformed into a list of technical reforms that need to be introduced and implemented.

Third, the enlargement process has revealed a tendency for countries that have recently joined the European Union to relax and lose momentum on reforms. Indeed, child protection is one of those sectors where the pace of reforms significantly slowed once accession talks ended. We all acknowledge that countries still need the right incentives to make long term reform happen.

The Child Protection Index (CPI), a new tool created jointly by World Vision and ChildPact, will be launched in Brussels on 28 September. It has been developed across 9 countries, including 2 EU Member States, with these key lessons in mind.

The CPI makes use of 600 indicators drawn from child protection language in the UN Convention on the Rights of the Child (UNCRC). The indicators together act as a kind of “to-do” list to end and prevent violence, child trafficking, child labour, discrimination and other violations of a child’s rights.

The CPI can be used to hold governments accountable for their commitments and actions. The CPI transcends political platforms and partisanship. It serves to remind Index countries of their accomplishments, shortcomings and commitments to child protection reform regardless of who holds political office.

The matter is beyond discussion - we need to speed up the reform process throughout our region and globally.

The EU can fundamentally contribute to this process - to include and insist upon child protection reform in its diplomatic agenda in all partner countries. The EU should make the most of the CPI, and include indicators from the CPI in its own “to-do lists” for members, neighbours and partners.

The way forward is through a long list of small steps that governments must take to create an enabling environment for hundreds of thousands of children in our region. Yes, the task seems overwhelming, but with support from the EU and its Member States, and with our past, present and future mapped out for us within the pages of the Index, we know we can make this happen.

Daniela Buzducea is the National Director of World Vision Romania

Mariana Ianachievici is the President of ChildPact