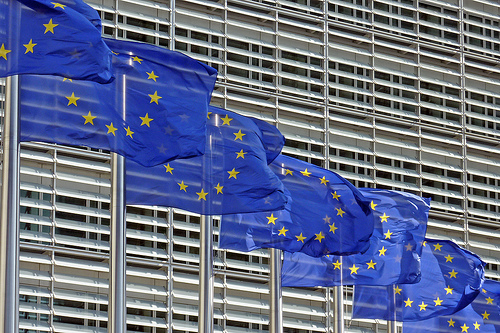 Five out of five candidates passed the European Parliament’s examination. Although Bulgarian Rumyana Zheleva’s candidature was rejected, other Eastern and Southern European candidates passed the selections brilliantly without any unexpected or unpleasant twists in the events. The hearings were held in Brussels and Strasbourg between 12-19 January. Dacian Cioloş of Romania, Janez Potočnik of Slovenia, and Androulla Vassiliou of Cyprus were swiftly confirmed. Maria Damanaki of Greece and Stefan Fuele of the Czech Republic (who, although he is not of Balkan descent, will serve as Commissioner for Enlargement and Neighbourhood Policies in the Balkan area) were able to allay all uncertainties about their Communist pasts.

Fuele, a professional diplomat nominated by the Socialists, had been the object of intense criticism by some members of the EP who accused him of having studied at the Moscow Institute of International Relations in the '80’s and of having been a member of the Czech Communist Party. Fuele, when examined, skipped all “embarrassing” questions by saying that his curriculum vitae was simply the result “of the time and place I was born in”. He suggested the Commissioners focus on the fact that, after the fall of the Berlin wall, his career successfully unfolded and he became the Czech Republic ambassador to NATO, a role in which one would not expect to find dangerous Communists.

As for enlargement, Fuele promised that negotiations for Turkey’s accession into the EU would continue. Negotiations started in 2005, but stalled in the face of fierce opposition from France and Germany. “I want to go on with negotiations,” Fuele said “because they offer the best leverage for Turkey’s modernization.” On the other hand, Fuele vowed to take the hard line with Turkey on the Cyprus question. Fuele stated that he would insist upon asking Ankara to respect the joint EU-Turkey agreements, according to which Turkey must stop its embargo against Greek-Cypriots regardless of the results of their unification negotiations with Turkish-Cypriots.

Fuele was not as determined and precise about the Western Balkan area. For example, he refused to comment on the name dispute between Greece and Macedonia, stating that the controversy between Athens and Skopje (ongoing since 1993 and an obstacle to Macedonia joining NATO and starting EU accession negotiations with Brussels) must be regulated by the UN, the body formerly in charge of negotiations. As far as Serbia is concerned, he said only that he “hopes” EU governments will gradually start to ratify the Stabilisation and Association Agreement from June on. Fuele also said he would like to see an end to the Schengen visa regime for Bosnia and Albania “in mid-2010”, provided that they put into practice all necessary reforms. Fuele also stated he hopes to “invite more members into the EU family” during his five-year term as Commissioner. Croatia is the first name on the list - Zagreb is due to enter the Union in 2012 - and a non-Balkan candidate (Iceland) might be added to the list.

Fuele will also be in charge of Neighbourhood Policies, currently managed by the External Relations Commissioner. He will be responsible for managing relations with the countries of the EU “Eastern Neighbourhood” Cooperation Initiative: Georgia, Ukraine, Belarus, Moldova, Armenia, and Azerbaijan. Fuele did not go so far as to mention their possible accession to the EU, and stated that it is up to European institutions to find a modus vivendi with Russia’s interests in the region. “The future Eastern Europe will be an area where every single country is the master of its own destiny and has close relationships with both Russia and the EU. I see no contradictions in that” he added.

A round of applause for Dacian Cioloş

Despite the fact that Romanian Dacian Cioloş's appointment as Agriculture Commissioner by EU President José Manuel Barroso raised some eyebrows, Cioloş's performance was the most applauded. Cioloş was Romanian Agricultural Minister when the EU froze all funds to Romania on grounds of alleged fraud. Cioloş led Romania's Ministry of Agriculture from 2007 to 2008 as an independent conservative in the government led by Liberal Calin Popescu Tariceanu.

After a hearing lasting more than three hours, MEPs gave Cioloş a round of applause. The head of the examination board, Democratic Party MEP Paolo De Castro, congratulated Cioloş on the outcome of the hearing. “We are very happy about his answers,” he said to his former colleague.

Cioloş promised he would do anything within his powers to ensure that “adequate” resources continue to be allocated within the framework of the Common Agricultural Policies (CAP). The EU has threatened to cut CAP funds after 2013, the year when the new EU multi-annual budget is to be launched. The Romanian Commissioner also promised to defend CAP during WTO negotiations (World Trade Organization) about the new international trade agreement to be ratified in the framework of the so-called “Doha Round”. Developing countries maintain that EU aid to agriculture is a form of unfair competition. “I will be very firm on this (defending CAP),” Cioloş stated. He also sounded very convincing on the subject of GMOs: he stated that the Commission will leave the choice to produce them or not to individual member states.

The other commissioners: Mr. Potočnik from Slovenia was the star

Although Janez Potočnik's performance as Commissioner of Science and Research was not considered particularly remarkable, Mr. Potočnik made a favourable impression on MEPs as an appointee to the position of European Commissioner for the Environment. During the hearing he proved extremely competent yet relaxed (he also joked about his son having crashed his Toyota Prius, the “perfect environmentalist’s car”). The scope of work of the Environment portfolio has been reduced by the creation of the Climate portfolio, led by Danish Commissioner Connie Hedegaard. Potočnik committed himself to close cooperation with Hedegaard.

Ms. Androulla Vassiliou from Cyprus is a veteran of the Barroso Commission where she has worked in the field of Healthcare and Food Safety for two years. She is now Commissioner for a “secondary” portfolio in Culture, Education, Multilinguism and Youth Policies; areas in which the EU has limited competencies. Greece, too, had to face a sort of downgrading, perhaps due to a decrease in the country’s credibility in Brussels after accounting tricks enacted by Greece created quite a few problems in the Euro-zone.

Maria Damanaki’s position as Commissioner-designate for Maritime Affairs and Fisheries is certainly a less prestigious position than her predecessor Stavros Dimas’ role as Commissioner for the Environment. However, Ms Damanaki, a former student activist who opposed the regime in Greece in the ‘70s, demonstrated the competencies necessary for appointment to the post. Some EP members expressed their discontent with Damanaki’s candidacy, but this was probably just an attempt at revenge after Rumyana Zheleva’s debacle. In the end, Damanaki successfully received confirmation, like the other candidates.

Tomorrow: on the starting line

The new European Commission is due to start working tomorrow after a delay of two weeks due to the “Zheleva case.” It was necessary to hold an additional hearing for the alternative candidate for Zheleva’s position, the very promising Kristalina Georgieva. If no unforeseen circumstances arise, the European Parliament should officially approve the new European Commission during today's Strasbourg session.