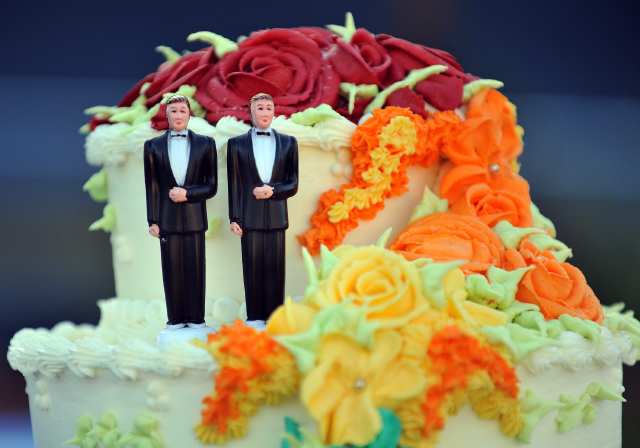 Berisha's proposal to legalise same-sex marriages caught everyone by surprise. Yet, the main motivation for the Albanian prime minister and other politicians in the region to engage with radical reforms in the field of civil rights may just be...getting Brussels to notice

In mid-June, Zagreb had its eighth pride parade under strong police security. Only a few incidents were reported. One young person was beaten while returning home after the event.

Officials in Belgrade are bracing themselves for its second Pride scheduled for September 20th. The first parade took place in 2001 and ended in serious violence. A special security study was prepared for this year's event. Serbian NGOs criticised the mayor of Belgrade, Dragan Djilas, after he expressed disapproval of the event by saying that people should keep their sexuality to themselves rather than parading it.

Sarajevo's first queer festival last September was broken up by violent attacks from Islamic radicals. Several people were seriously injured and the organizers received serious death threats. Skopje has not yet attempted a pride parade, and it is questionable whether anyone would have the courage soon to organise a parade.

In a surprise move, Albanian Prime Minister Sali Berisha announced at the end of July that he would propose a bill to legalise homosexual marriage. He would not fight discrimination or promote equal rights for sexual minorities but directly legalise same-sex marriage. It may be a small step for a maverick politician, but it is a giant leap for Albanian society.

If Prime Minister Berisha is actually able to enact the bill without serious turmoil in Albania or consequences for his political career, social scientists would have a great subject for the study of political power and social change. If the bill actually passes, it would probably remain a law only on paper. Same-sex couples in the Albanian hinterland would be unlikely to rush to openly legalise their relationships. After all, even much less controversial bills, such as smoking bans, have problems becoming reality in the region.

Some people have connected Berisha's move with a desire to do something to impress Brussels. Just a few weeks earlier, Albania was omitted from the list of countries, comprising Macedonia, Montenegro, and Serbia, which were promised visa liberalisation with the European Union (EU). Could it be that the Albanian Prime Minister felt compelled to make a grand gesture?

"The bill provides a legal basis against discrimination, bringing the country in line with a framework already approved by the EU," said Prime Minister Berisha when accepting to put forth to parliament the draft bill originally prepared by an NGO from Tirana. Religious communities in the country promptly reacted and harshly condemned the idea. Many others will likely follow suit.

If the bill is passed, Albania will join Norway, Sweden, Belgium, Netherlands, and Spain, as the only countries in Europe that have recognized same-sex marriages. Importantly, it would be the first predominantly Muslim country to do so.

Surprisingly, the idea came directly from the top level of political power. The process has been completely the opposite in the other countries in the region, and probably all other societies acknowledging LGBT rights. The concern for equal rights usually grows in the subculture of civil society, gradually gains recognition and "cultivates" the mainstream, until the movement has won enough understanding and support to come out in the open.

Only afterwards, in a mature phase, does the movement start to seek "political legitimacy". The process is lengthy. Support from a strong and popular political leader, such as Zapatero in Spain, can definitely speed up policy changes. In the case of Albania, Mr. Berisha seems to have directly advanced the issue.

Some have little doubt that the Albanian prime minister has any motive other than to gain favour from the European Union, and to perhaps demonstrate that Albania can be a leader. However, his decision demonstrates the strength of the process of cultural transformation that the European Union has imposed on the region.

It is unlikely that a politician of the older generation in the Balkans, especially conservative politicians, would genuinely support the lesbian, gay, bisexual and transgendered (LGBT) cause. In Macedonia, the young lions of the rightwing ruling party, VMRO, take pride in being homophobic.

However, politicians in the region understand the importance of doing (or pretending to do) what Brussels says, and most remember the controversy surrounding Rocco Buttiglione's candidacy for EU Commissioner. In 2004, Buttiglione's candidacy as a Commissioner of Justice, Freedom and Security was rejected by the European Parliament for his views that homosexuality was a "sin" and a form of "moral disorder."

This creates an interesting triangle of social and political communication between Brussels, national politics, and constituencies in the Balkan countries. With EU accession being the ultimate political dream, some national politicians unconditionally (if only pro forma) subscribe to the values promoted by Brussels.

Brussels does not explicitly support homosexual marriage, but the Buttiglione case has been a powerful demonstration of where the EU stands on the issue of accepting sexual orientation. Politicians in the Balkans understand that having a position contrary to the EU can hurt their political prospects.

However, at the same time, they are aware of their own constituency's sentiments that are more conservative. Like many politicians in Europe, most Balkan politicians would pay lip service to the issue and try to keep a careful balance.

Importantly though, due to Brussels's influence, the political class has already been sensitised to the issue of LGBT rights, which is a huge progress. And, this is a stronger, more instructive type of "raising awareness". When politicians choose to ignore an idea that fights its way up from civil society, it is different than when an idea is promoted from a higher political rank and politicians know they must pay attention.

This can produce a somewhat paradoxical situation when the overall national political establishment (not just the progressive left) feels compelled to have a more progressive stance than the average voter. Many politicians would, of course, fake support and some analysts would say, this goes for Prime Minister Berisha.

A rather unusual relationship is also created between civil society organisations and government, whereby the latter can actually preempt the effort of the former. In addition, different political priorities may result.

A major issue, however, concerns speed: how fast can societies change and how does this affect political and social stability? Berisha's proposed law could offer interesting insights into this question.