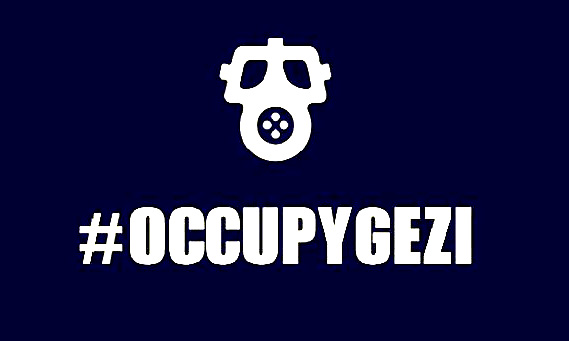 What impact have the protests in Turkey on neighboring countries? Azerbaijan certainly can not give lessons in democracy, and yet ...

We all know the story by now - an attempt to cut down several trees in the heart of Istanbul’s Taksim Square as part of a “road expansion” project sparked an unprecedented response from Istanbulites. Within days, downtown Istanbul had turned into nothing short of a Hollywood-like dystopian movie scene. Though, a tourist visiting the city at this time might actually find the scene exciting. Most of the roads leading up to Taksim Square and Gezi Park are currently blocked with man-made barricades. Streets like Istiklal are marked with the evidence – slogans and graffiti on any empty wall - of the hundreds if not thousands of protesters who were there only five days ago.

And so, as the world closely watches the events unraveling in Turkey, its “sibling” neighbor Azerbaijan, too, follows the news with much attentiveness. For its leadership, this is a chance to bump up its own not very “democratic” way of responding to protesters, while for the supporters of “#occupygezi”, as the movement has been labelled on Twitter, it is a source of inspiration, and perhaps a chance to learn a lesson.

The Gezi protest in local media

Both state and independent media have largely covered the protests in Turkey. What is happening in Gezi Park at the moment surely isn’t about cutting trees anymore, wrote an Azerbaijani journalist from Musavat.com (an opposition media outlet). According to the author, “this event, was the final drop, a spark of accumulating anger against Erdogan’s government”. There have been many reasons for discontent, claims the journalist: Prime Minister Erdogan’s stance towards Syria (which goes hand-in-hand with that of United States); constitutional changes; and a recent series of bans including ban on alcohol sales from 22:00 to 6:00 a.m. (although not at restaurants.) There is also the naming of Istanbul's third bridge across the Bosphorus, currently under construction, the “Yavuz Sultan Suleyman” Bridge. The leader was known for carrying out massacres in the 16th century against thousands of Alevi living in Anatolia.

Two months from now, Azerbaijan was set to host the Super Cup final soccer match in which two Turkish teams, Galatasaray and Fenerbahce, are competing this year. However, a few days ago, the head of the Azerbaijan Football Federation, Elkhan Mammadov, made a statement saying Baku will not be able to host the game due to time constrains and a series of other events planned by the Federation. Yet the sudden change in the decision, according to the Turkish Federation, stems from a desire to avoid any “headache” that might come with hosting this game. Turkish fans are known for their raucousness and it is also likely that the recent events factored in to Azerbaijan's change of heart.

There is also wide support for demonstrators in Turkey among younger activists in Azerbaijan. They have been following events closely, sharing photos and commenting on the events of the past ten days. Some have joined in support of their neighboring country by staging protests in front of the Turkish Embassy in Baku. On the other hand, they feel saddened that such solidarity is unlikely to form in Azerbaijan given the Azerbaijani government's harsh responses to organized rallies in the past, and because of a lack of any active political life.

Among those who have criticized Turkish authorities is the chairman of the Azerbaijani National Branch of the International Society for Human Rights, Saadat Bananyarly. More recently, he said the violence towards peaceful protesters in Turkey, especially the excessive use of tear gas and water cannons, that the world been witnessing is unacceptable.

In the meantime, as protests continued on day eight, the Azerbaijani Embassy in Turkey warned all its citizens residing in Turkey to refrain from participating in the protests or getting involved in any way. In its notice, the embassy asked Azerbaijani nationals to report any “negative situation”.

The view of the government

Among government figures, reactions have varied. They say siblings are in many ways alike. The sibling countries of Turkey and Azerbaijan are no different. Not so long ago, Turkey’s Erdogan, supported protests in Tunisia wholeheartedly, but when the time came to do the same at home, tear gas and water cannons prevailed. Similarly, in Azerbaijan, the government's open criticism and concerns over excessive use of force against peaceful protesters in Turkey while treating its own protesters brutally clearly indicates some genetic parallels. An Azerbaijani parliament member (with pro-government leaning), Aydin Mirzazade, expressed his utter surprise at the government’s reaction in Turkey and criticized Turkey's leadership for failing to use tactics other than violence.

Another parliament member, Cingiz Ganizade, hinted at double standards, noting: “we are waiting for the statement in connection with these events. When something insignificant occurs in Azerbaijan, they [Turkish leaders] rapidly voice their attitude in the form of statements.” From this, Ganizade said, “[…] one can conclude that their attitude towards other countries pursues political purposes, rather than [...] democratic values.”

Back in Gezi Park, Ankara, Izmir, Hatay, Antalya and of the other 60 some cities and towns where protests and violence have broken out, people are eager to know there is wide international support for and awareness of what is happening in Turkey. But what if some countries, such as Azerbaijan, use Turkey’s protests as an excuse to deflect criticism? Could this damage the dynamics of already constantly fluctuating relationship between the two countries? Or will this go unnoticed? At least Azerbaijani leadership hasn’t been put on the “evil list” of provocateurs jealous of Turkey’s growing influence in the region. Surely there won’t be an #occupyfountainsquare anytime soon in Azerbaijan, but then. no one could have predicted an #occupygezi either.